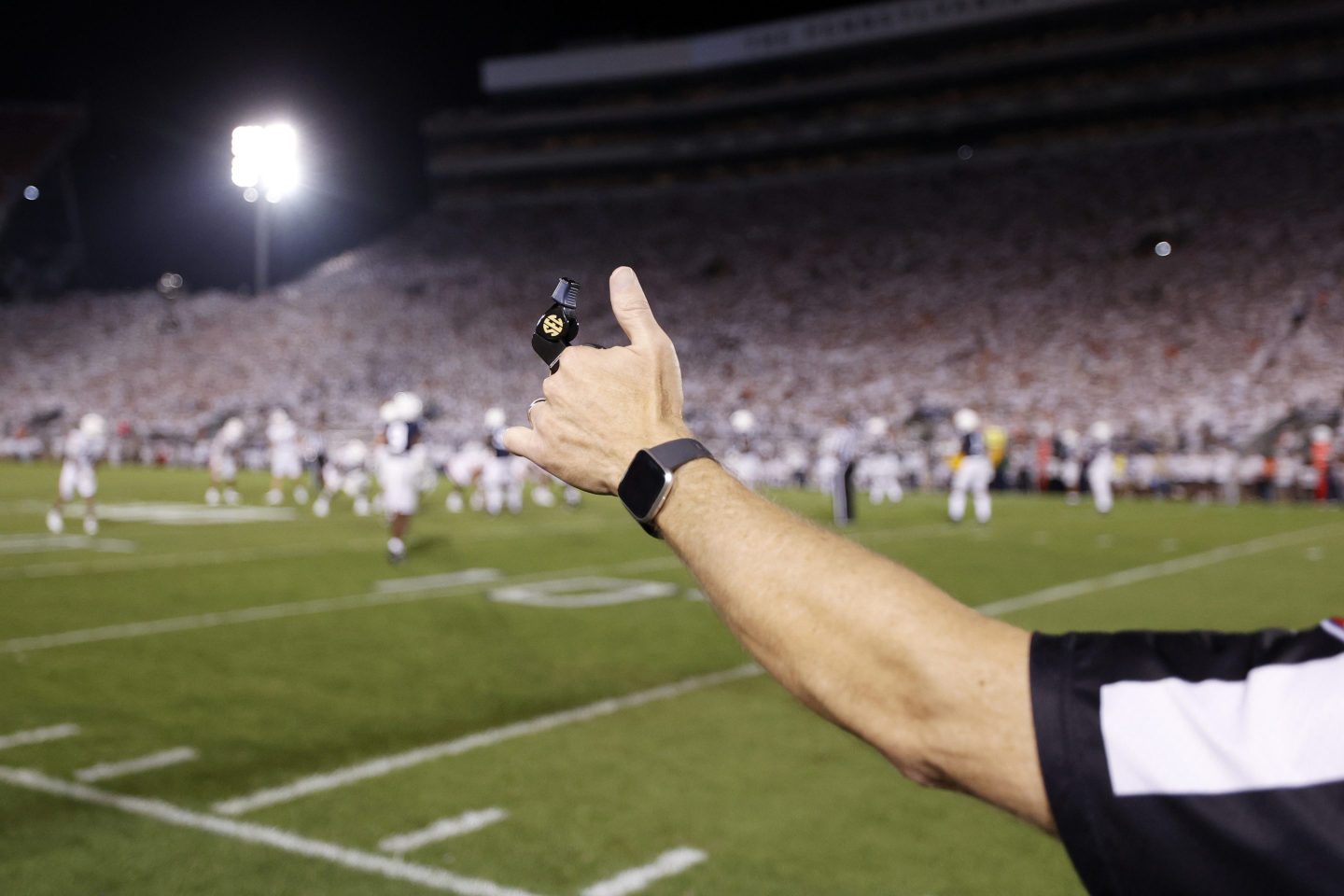 Seven teams in the Top 25 go into week four the NCAA college football season undefeated, but if nothing else, this season is proving that anything can happen.

Last week saw a notable shakeup in the NCAA rankings as the Oregon Ducks moved up to #3, Penn State jumped to sixth place and the Clemson Tigers dropped to ninth.

Curious how things will stand after this week? With the start of fall, some fans may skip watching this week’s games on the couch in favor of enjoying the nice weather. If you’re one of those and don’t feel like braving the local sports bar this weekend, we’ve got a look at who’s playing this week—and several different options for viewing the match-ups.

Which college football teams are playing this week? And what channels are airing the games?

All eyes will remain on the Crimson Tide, which has dominated the 2021 season, but UGA’s worth a watch as well, as the #2 team faces Vanderbilt.

Here’s a look who’s playing this week. (The home team is listed second.)

How can I watch my favorite NCAA team for free—even if I am out of market?

The best way to watch any sort of network programming for free on a big screen is with a good HD antenna. NCAA games air on a wide number of broadcast networks, meaning you’ve got a chance at being able to watch your favorite team even if you don’t have a cable subscription. To ensure you’re getting the most reliable signal, be sure to test the antenna in multiple locations in your home.

How can I stream NCAA college football games live online if I don’t have a cable subscription?

If you’re not near a TV, you have several options:

The standalone streaming service for the sports network runs $6.99 per month or $70 per year, letting you stream exclusive live games from conferences, including Big 12, Conference USA, The American, and Sun Belt. There is no free trial for the standalone version, however you can try out the full Disney+ bundle for free (see below).

Disney’s bundle of Disney+, Hulu and ESPN+ can be enjoyed for free for seven days, after which you’ll pay $13.99 per month for all three combined

Can I watch NCAA college football games on Amazon?

Not directly though Amazon, as it doesn’t have any distribution deals with the NCAA like it does with the NFL. However, you can sign up for Paramount+ through the service, which gives you access to a wealth of sports content, though at an additional cost.

If you don’t have Prime, you can sign up for a 30-day free trial. Paramount+ also has a free trial.

Does the NCAA offer any viewing packages to watch the games I want?

Unlike the NFL, the NCAA doesn’t have an app, website or broadcast service that broadcasts its games.