We are reinventing the toilet to prevent the next pandemic 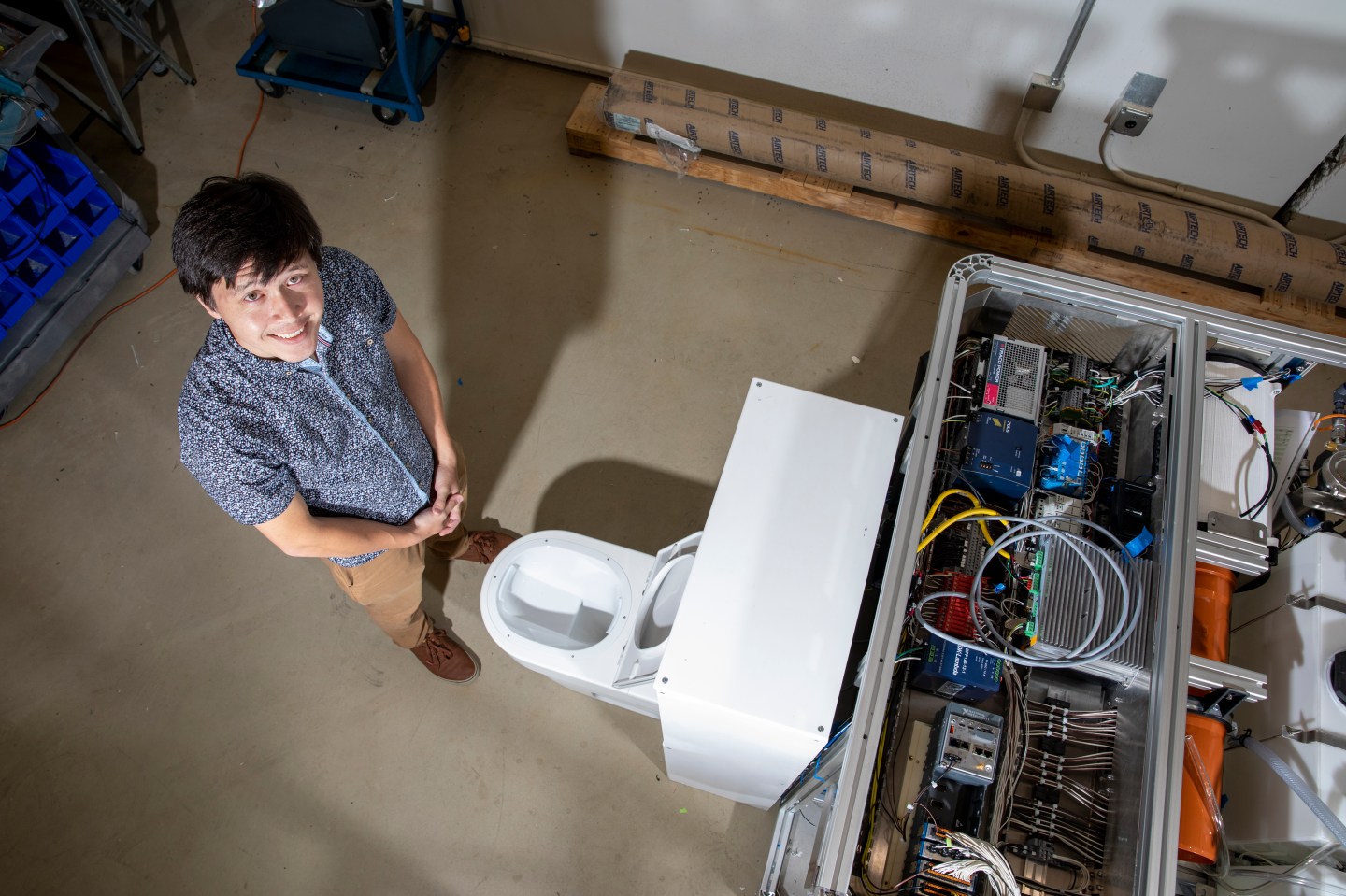 Dr. Yee and the prototype that will soon be tested in China, India, and South Africa.
Courtesy of Dr. Shannon Yee

The global pandemic has spotlighted deep and devastating health inequities that plague our planet. It has also highlighted the power of international collaboration to address the world’s most urgent challenges.

Close to half the world’s population, in fact, lack access to safely managed sanitation. Of those, about two billion people lack even the most basic sanitation, such as toilets or latrines. About 673 million people —roughly the combined populations of the U.S., Brazil, and Mexico—still defecate in the open, in rivers from which people must fetch their drinking water.

The result? A global inequity that kills more than 500,000 children from preventable diarrheal disease each year, making it the second-leading cause of death in children under age five. Many tens of millions more children and adults may survive waste-borne diseases like polio and cholera only to face a lifetime of suffering. While the lack of safe sanitation primarily impacts the world’s poorest, communities in developed countries are also affected. In rural America, for example, hundreds of thousands of people still lack access to clean water and proper sanitation.

For the past 10 years, many of my colleagues from around the world have been working to invent new solutions to help change this massive inequity. We are now on the cusp of creating a new industry that can deliver safe sanitation solutions to communities and households in the form of a reinvented toilet. A reinvented toilet kills pathogens, requires no input water, and transforms human waste into a safe byproduct, such as clean water and ash, and does not require a sewer or septic connection.

Consider that modern sanitation systems require both in-home flush toilets, many miles of sewer piping, large wastewater treatment plants—all requiring land, water, and trillions of dollars in infrastructure investments. In contrast, the vision for the reinvented toilet is that it can essentially provide the same basic sanitation functions of those large, costly systems in a space no bigger than the toilet itself.

Our global collaboration led out of Georgia Tech has developed a reinvented toilet prototype for households. We’ve gathered the best concepts from around the world and used expert engineering to integrate them into a single, stand-alone system that treats at your home. Finding the right collaborators and then wrangling them to make decisions collectively as a global team was the hardest part of this program, but without this type of collaboration, solving such a complex problem like this would have been impossible.

Our prototype will soon be tested in China, India, and South Africa. As global travel recommences, we invite C-suite executives in manufacturing to come and see the technology for themselves in these markets and consider the business opportunity this technology affords.  These test sites were specifically selected to highlight the global opportunity, but demonstrations will also be available in the US and Europe.

The reinvented toilet is more technologically complicated than a standard toilet, with modern technology built-in, although to the user the experience will be about the same as a regular toilet. For example, one way to process feces is using supercritical water oxidation where we are able to burn feces under water. We have also developed a new two-stage filtration process that can turn urine into clean water. These new toilets will not only help to prevent the spread of potentially life-threatening diseases but will have human benefits that are less obvious. With a safe toilet to use at home, for example, a woman living in a remote area does not have to face the indignity and danger of stepping into the woods to relieve herself.

To be sure, challenges remain for the reinvented toilet built from this collaboration. The cost of our prototypes must continue to come down so that they are a practical choice for everyone and not just the wealthy. A key goal is to continue to simplify the system and pursue economies of scale to eventually lower the cost to less than $450 per toilet. Together, with research and development partners, we want to work alongside large manufacturing corporations to evolve the reinvented toilet design to make it less expensive, highly reliable, and adaptable to the diverse markets around the world.

We also must work to encourage national and local governments to become early customers, and to put policies in place to accelerate local manufacturing and adoption. And we’ll need private companies that are excited about the prospects of building new businesses in sanitation and who want to partner with governments to deliver these products responsibly and at a low cost to those who most need the technology.

Our new reinvented toilet challenge? We must build an industry and create a thriving market that delivers life-changing sanitation innovations to the billions of people who need them.

Shannon Yee, PhD, is an associate professor at the Georgia Institute of Technology and the lead on the Generation II Reinvent the Toilet (G2RT) program supported by the Bill & Melinda Gates Foundation.