750,000 households could face eviction in the next four months, says Goldman Sachs 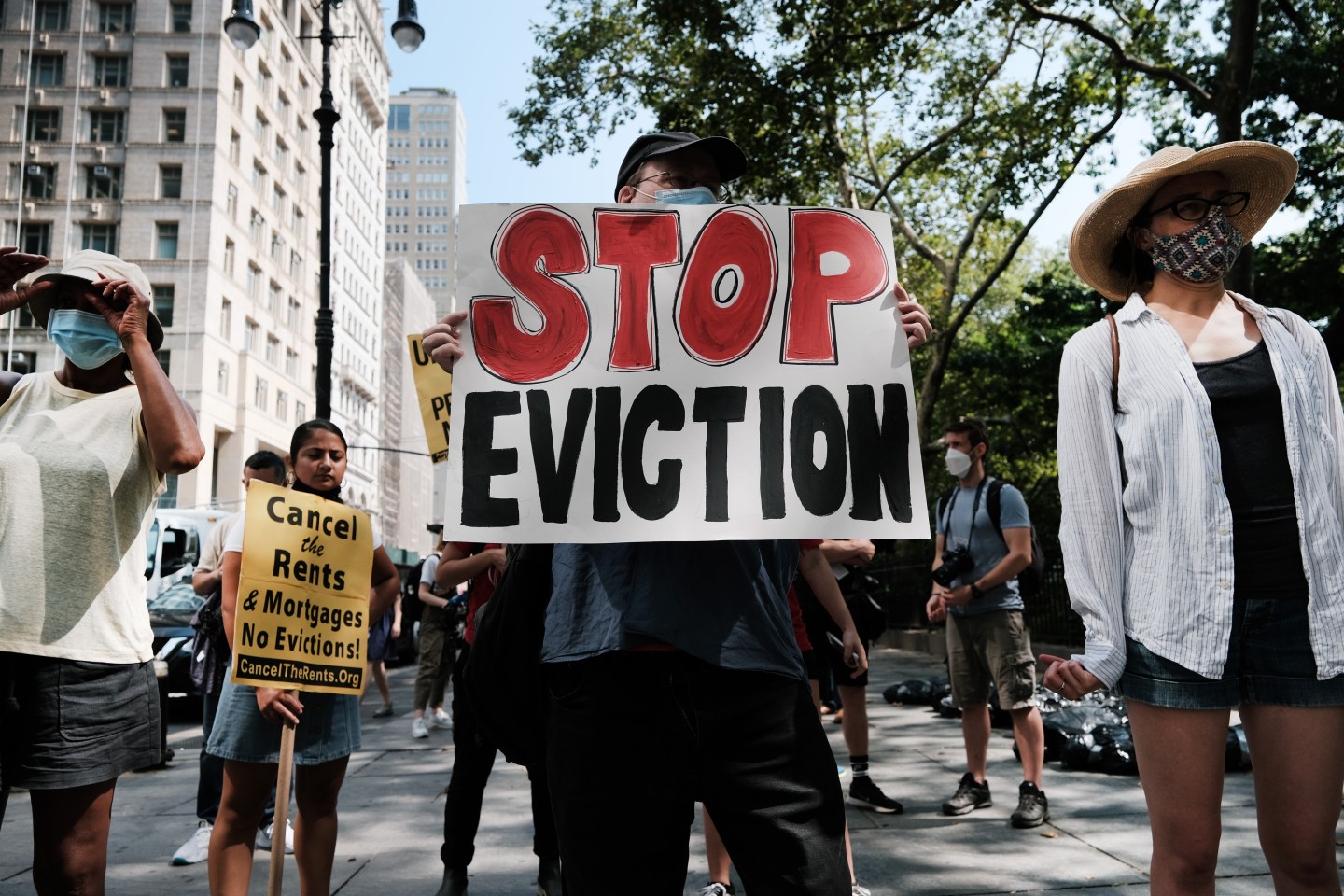 The investment form in a report, said as many as 750,000 households could face eviction before the end of the year —and that as many as 3.5 million households nationwide are behind in their rent payments.

At this point, the only thing stopping that would be an eviction moratorium from Congress, which has been hesitant to agree to such a policy so far. The Biden Administration ordered one previously, but that was overturned by the Supreme Court over the weekend. Many state-level eviction bans are also set to expire soon.

While the government has taken steps to make it easier for renters at risk to receive funds from the Emergency Rental Assistance program, it’s unlikely that money will arrive in time for thousands of families.

Evictions, said Goldman Sachs, were likely to be “particularly pronounced in the cities hardest hit by the coronavirus,” as the number of apartments is high in those areas.

An eviction crisis would be more than a humanitarian and health concern, it could create economic worries, as well. Goldman says it expects a “small drag” on spending and job growth from people directly impacted, but the larger concern is public health, which could be more seriously impacted.

Goldman Sachs is hardly the only group raising a red flag on evictions. The Census Bureau estimates roughly 1.3 million people are likely to get evicted in the next two months. And the Center on Budget and Policy Priorities estimates there are 11.4 million Americans currently behind on rent, a figure that’s below the December 2020 peak, but still widespread.