China is unloading its biggest ever foreign acquisition 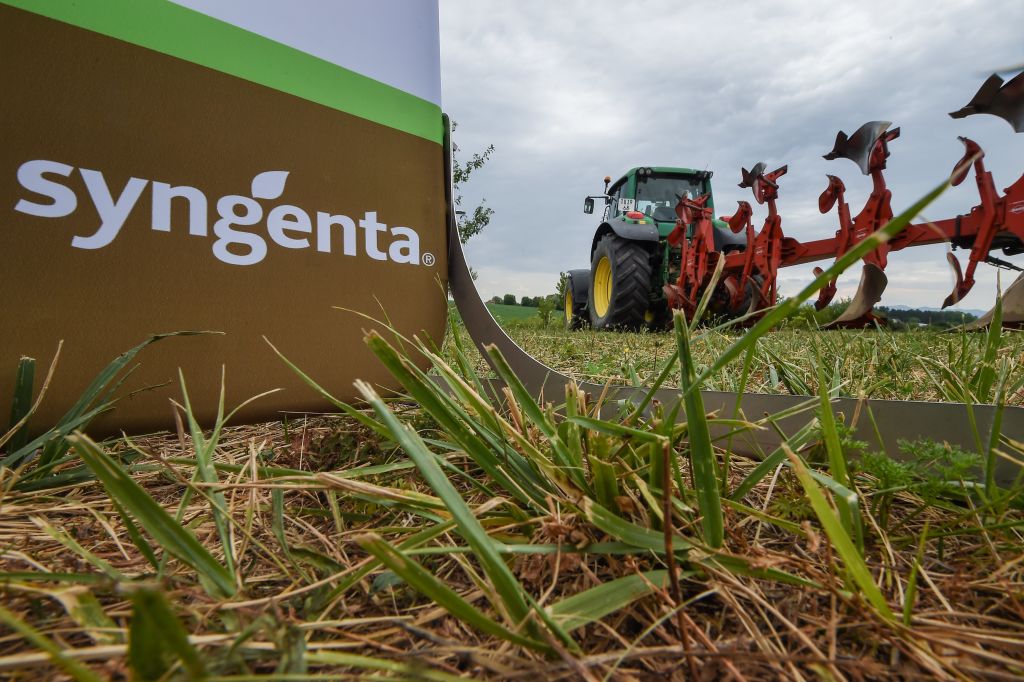 An IPO of Swiss pesticide and seed giant Syngenta is planned for the Shanghai exchange’s Star market.
Sebastien Bozon—AFP via Getty Images

ChemChina, a state-owned enterprise, has filed for an IPO of Syngenta, the world’s largest producer of agricultural chemicals, which it bought for $43 billion in 2017 (a deal that Fortune chronicled in detail). It remains China’s biggest foreign acquisition. Now the IPO could be one of China’s biggest.

The IPO is planned for the Shanghai exchange’s Star market, which lists science and technology companies; Syngenta would be among the largest. Industry sources expect a secondary listing in the U.S., London, or Switzerland, where Syngenta is based. ChemChina reportedly hopes to raise $6 billion to $10 billion, with analysts valuing the company at $50 billion to $84 billion. ChemChina and Syngenta declined to comment, citing the silent period required by the IPO filing.

The IPO is no surprise; ChemChina said in 2017 it would take Syngenta public within five years of the acquisition, a deadline that’s almost a year away. But the circumstances may not be what ChemChina anticipated. The company borrowed heavily to buy Syngenta and several other companies around the world, and it will use the proceeds from the Syngenta IPO to help pay down the debt. Chinese ambassador to Switzerland Geng Wenbing told a Swiss newspaper in 2019 that “it wasn’t a good deal for the Chinese side…If I had been the ambassador a year earlier, the takeover wouldn’t have taken place.”

ChemChina recently merged with Sinochem, another state-owned company, to form Sinochem Holdings, the world’s largest chemical enterprise. In an interview before the filing, Syngenta CEO Erik Fyrwald told Fortune that Sinochem Holdings chairman Frank Ning “has stated his intent to become a minority owner [of Syngenta] over time, though still the largest, which will preserve our global governance and will preserve us as a global company with a strong tie to China.”

It’s significant that China’s biggest foreign acquisition was an agriculture technology company. “Xi Jinping and those around him, when they were young, were very hungry,” says Fyrwald. He’s referring to China’s famine of 1959-61, the worst famine in human history. “They did not get enough to eat. And you never forget that.”

At the deepest level, Fyrwald says, that’s why ChemChina bought Syngenta, which is a major player in seeds as well as chemicals. Food security is an issue of profound significance in China, which has 20% of the world’s population but only 7% of the arable land. A government document for the country’s agricultural planning cites the country’s “history of innumerable famines.” Xi acknowledged in 2013 that food security is “an eternal issue for us.” Syngenta’s job in part is to help overhaul the country’s badly outdated agriculture sector.

It’s a huge sector. After four years, the company has only “about 10%” market share in crop protection (pesticides, herbicides, fungicides), Fyrwald says, and “less than 5%” market share in seeds. A major initiative called Modern Agriculture Platform (MAP) guides farmers on increasing output by choosing the right machinery, chemicals, and seeds, including those from competitors, and connects farmers with lenders and buyers. MAP centers are increasing fast, but with almost 400 so far, they reach only a “low-single-digit percentage of the Chinese farmland.”

Just as Syngenta is still a small factor in China, China plays a small role at Syngenta, last year accounting for only 2.9% of revenue in its largest business, crop protection. The company’s biggest markets are the U.S. and Brazil.

The IPO has yet to be scheduled. “With the process going now, we’ll go as fast as we can,” Fyrwald says. “We’re targeting to get it done by the end of this year, and if we can get it done by October, that would be great.”