Academic credentials are a poor measure of talent. So why do businesses keep relying on them? 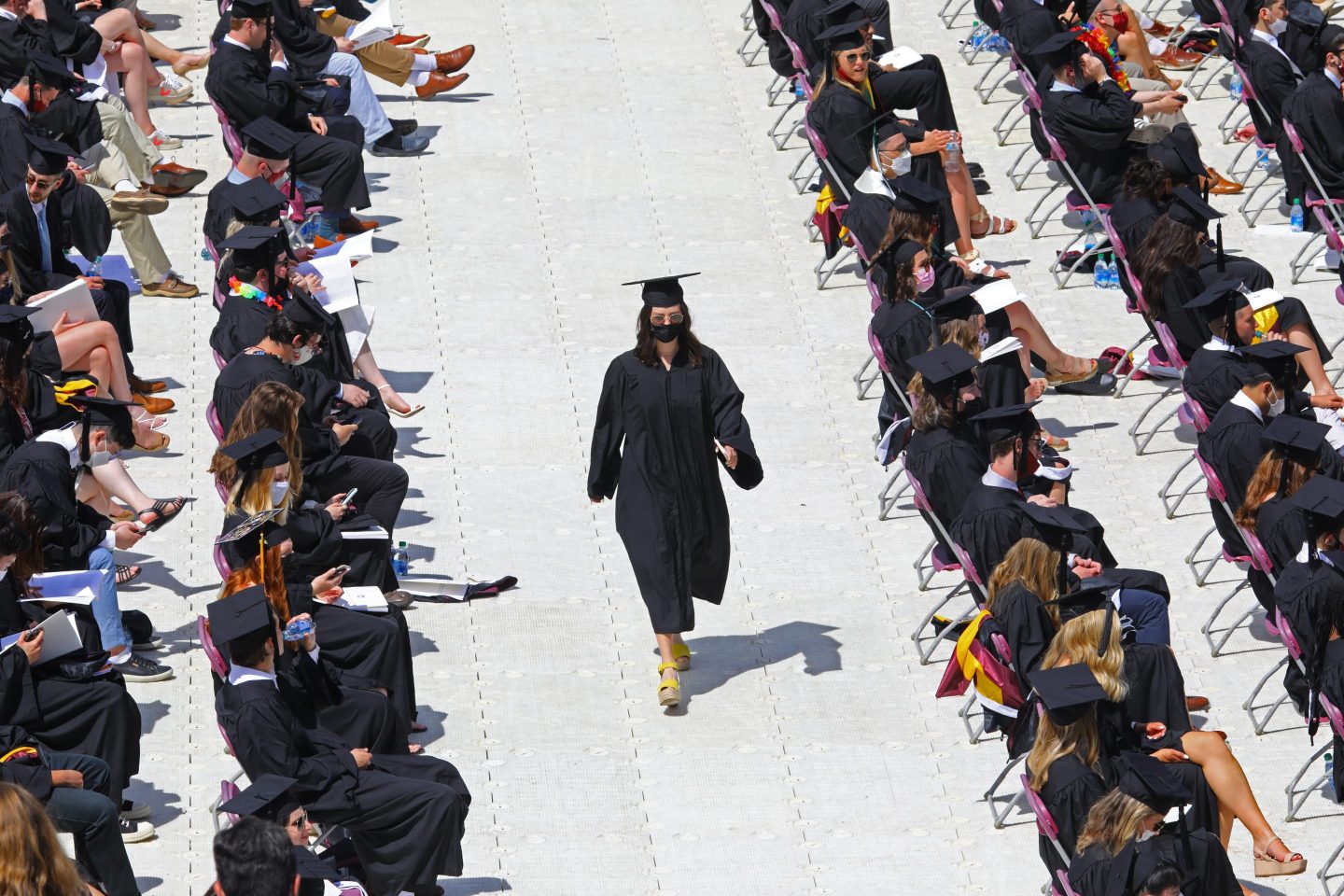 It’s graduation season—that time of year when millions of students get their diplomas and enter the workforce. Among them will be thousands of Girls Who Code alumni looking for their first job in the competitive field of computer science. You would think—given the roughly 500,000 open jobs in computing right now, and only 40,000 computer science graduates—that our alumni would find it easy to find opportunities.

But one thing regularly gets in the way: the outdated and elitist system of academic credentialing.

Recently, I was in discussions with executives from a large, multinational firm about our new pilot program Work Prep, which helps college-age women connect with future employers. This company has supported our work for years and was interested in doing so again—on the condition that students meet a minimum GPA threshold.

On its face, this seems innocuous enough. Reasonable, even. Why shouldn’t a firm demand high academic standards?

But this kind of credentialing is what shuts out historically marginalized students, who make up more than half of our Girls Who Code community. Many of them work multiple jobs while carrying a full college course load, have to balance homework with caregiving responsibilities, or have an unstable housing situation. They are the embodiment of courage and resilience—none of which is reflected in conventional academic credentials that tech firms overwhelmingly rely on.

Higher education has shown recently there are other ways. Since the start of the COVID-19 pandemic, a majority of colleges and universities have stopped requiring applicants to submit test scores. Just recently, the University of California announced it would no longer use SAT or ACT scores in admissions decisions.

Instead, a growing share of universities are relying on other factors, such as whether a student had to overcome challenges that their peers did not. The dean of admissions at Harvard College, which has made standardized test scores optional, said recently he was “delighted to see the diversity and strength of this year’s applicant pool.”

It’s shocking that an industry like tech, known for being ahead of the curve in many of its business practices, is unable to let go of an outdated and elitist system of credentialing that sees potential only in the most privileged students.

Because let’s be honest. GPAs, SATs, and even extracurricular activities are determined by more than just work ethic or raw talent. They’re a product of elite tutors, college-educated parents, and the luxury of not having to worry about rent or food. Being the editor of the school newspaper or the captain of the lacrosse team means spending hours of unpaid time outside of the classroom—something that simply isn’t possible for all students.

More and more CEOs are starting to understand this. Kenneth Frazier, CEO of Merck, has endorsed the idea of doing away with degree requirements for some jobs, including cloud programmers and cybersecurity analysts. The former CEO of IBM, Ginni Rometty, said that employees without four-year degrees perform just as well or better than those with a traditional education, after IBM dropped many degree requirements in favor of other criteria, like propensity to learn.

Over the past two decades, Girls Who Code has built up one of the largest pipelines of computer science talent in the country. Many of the women in our programs have overcome unthinkable challenges—and come out swinging. Any company would be lucky to have them, yet they continue to bump up against antiquated hiring criteria like GPA cutoffs.

This is self-defeating. Computer science is one of the fastest-growing professions in the country, expected to grow 11% between 2019 and 2029, adding another 500,000 new jobs to our economy. We can’t afford to leave a single ounce of tech talent on the proverbial table.

I told all of this to the multinational executives I met earlier this month, and said that we couldn’t enter into a partnership that excluded so many deserving young women, who—though they may not have the “right” test scores—willed their way to a computer science degree in the face of enormous adversity.

This week, they called me back. They’ve reconsidered and are going to partner with us without a GPA requirement. They also told me they’re committed to identifying other credential-based barriers in their recruiting process and eliminating them.

I’m hopeful that other firms will follow suit. Maybe this year, on the heels of a once-in-a-lifetime pandemic, we can create a new system that values bravery over a GPA.

Tarika Barrett is CEO of Girls Who Code.