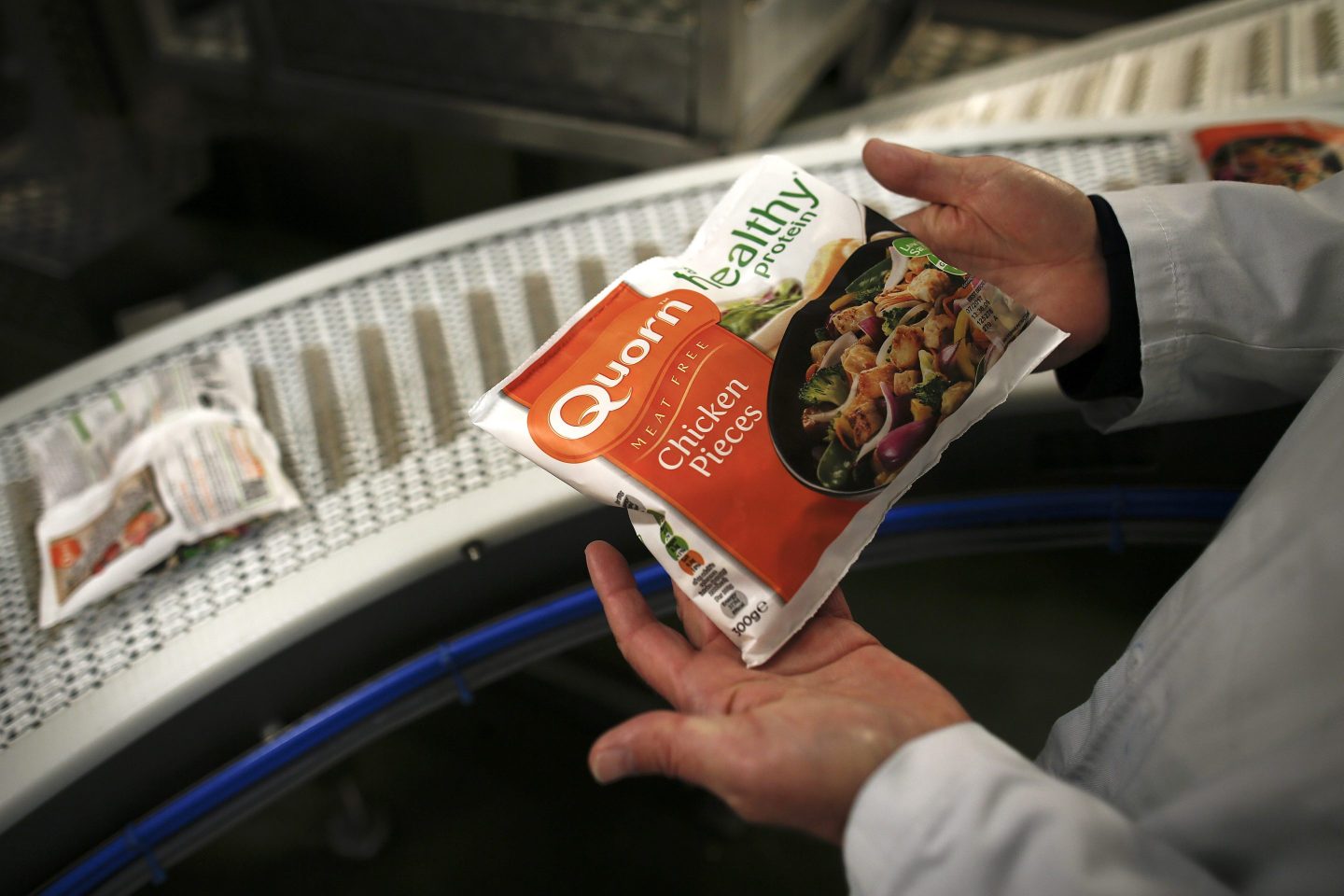 Monde Nissin Corporation’s stock on Tuesday morning made a flat debut on the Philippines Stock Exchange, opening 0.15% lower, giving the company a market capitalization of $5 billion.

The oversubscribed initial public offering of the Philippines’ top-selling instant noodle manufacturer raised $1 billion, making it the country’s largest-ever listing, as investors clamored for a piece of a snacks empire that has become a player in alternative meat.

Founded in 1980, the Makati-headquartered company has expanded its production and reach to hit net sales of $1.4 billion in 2020.

Its products—’Lucky Me!’ instant noodles, ‘SkyFlakes’ biscuits and Dutch Mill yogurt—are available in 50 countries, but Monde Nissin is best-known in its home market of the Philippines where it dominates the country’s snack scene. It controls 68% and 73% of the Philippines’ instant noodle and yogurt drinks market share, respectively. That foothold is a draw for investors as is the family-run business’s investment in a burgeoning market: fake meat.

The company, founded four decades ago, remains a family-run business, helmed by Filipina-Chinese Betty Ang, who serves as president, and her Indonesian husband Hoediono Kweefanus, vice-chairman of the board. The other key executives, including CEO Henry Soesanto, are part of Kweefanus’s extended family from Indonesia.

Ang launched the business with ‘Coconut Biscuits’ and Nissin-branded wafers, and the Kweefanus family built it into a consumer foods behemoth through expansion and acquisition. The company broke into the instant noodle market in 1989 when it introduced its Lucky Me! line. In 2015, the company quietly bought the U.K.’s Marlow Foods—a top faux meat producer—for $780 million.

This shift into the meat-substitutes market—expected to reach $23.2 billion by 2024—has helped buoy investor sentiment for the company’s listing, given the growth potential. Interest in the IPO has also been strong due to the attractiveness of consumer staples during tough economic times. Monde Nissin’s IPO comes during an uneasy time for the Philippines, which continues to contend with high numbers of COVID-19 infections.

Monde Nissin’s listing, Southeast Asia’s second-largest this year after the $1.8 billion debut of Thailand’s PTT Oil and Retail, is also expected to “boost the Philippines to become the largest IPO market in ASEAN in 2021,” says Rajiv Biswas, Asia-Pacific chief economist at IHS Markit. Thailand in 2020 held the top spot in terms of IPO funds raised.

Monde Nissin’s debut coupled with the pipeline of IPO and REIT listings for the Philippines Stock Exchange this year, such as the expected debut of National Grid Corporation, shows an “increasing depth and sophistication” of the domestic equity market, Biswas says.

When Monde Nissin bought Marlow Foods and the Quorn brand in 2015, former Quorn CEO Kevin Brennan said the deal was part of the brand’s effort “to expand the brand into Asia.” Quorn’s meat-free goods are currently available in the Philippines, Singapore, Korea and Thailand, but its home market of the U.K. still accounts for 76% of Quorn’s sales.

Monde Nissin says it will invest roughly a third of its IPO proceeds into the Quorn brand to increase production, improve products, and advance R&D into new meat-free items.

Quorn’s Asian expansion, meanwhile, is a “long-term story that will come into [greater] focus in a few years,” said a Monde Nissin spokesperson. In pushing into Asia, Quorn will have plenty of competition from global brands like Impossible Foods and Beyond Meat, the latter of which launched partnerships with KFC and Starbucks in the Philippines.

Quorn’s current lineup, meanwhile, is still oriented towards Western consumers with products such as meatless lasagna and fishless filets.