20 states have vaccinated more than 50% of adults. See how yours is doing 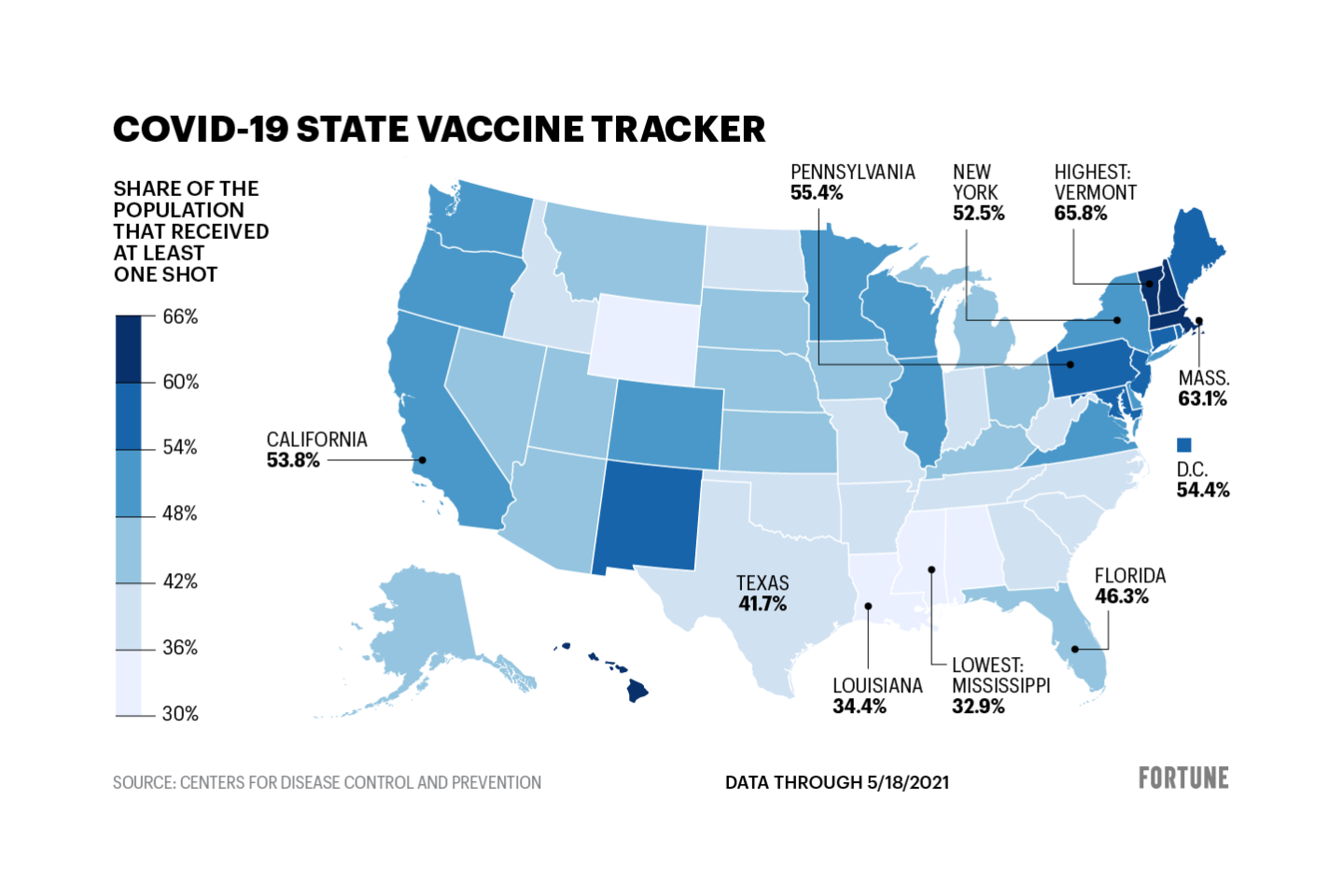 With major cities like New York reopening for business, Europe reopening to tourists, and the U.S.’s Centers for Disease Control and Prevention dropping masking requirements for vaccinated individuals, many are beginning to see the light at the end of the pandemic tunnel.

Though COVID-19 continues to rage in parts of the world, particularly India which recently recorded the highest number of deaths due to the virus in one day, the picture in the U.S. is promising, with the continued decline of new coronavirus cases and fatalities.

Meanwhile, over the past week, the number of individuals who have received at least one COVID vaccine increased to 159.2 million Americans according to data from the CDC, up from 154 million last week. Many of those newly vaccinated individuals are adolescents who became eligible for the shot last Thursday. In total, 47.9% of the population and more than 60% of adults in the U.S. have gotten one dose. Of those, 125.5 million Americans are fully vaccinated, including 73% of seniors, 47.9% of adults, and 37.8% of the total population.

Vaccination rates vary widely across the U.S., with 65.8% of adults in Vermont having received at least one COVID shot compared to 32.9% in Mississippi. Twenty states have reached at least half of their adult populations with the vaccine, up from 16 a week ago. California, the most populous state, has administered more than 35 million vaccines and reached 53.8% of adults with at least one dose.

Share of the population that has received at least once shot