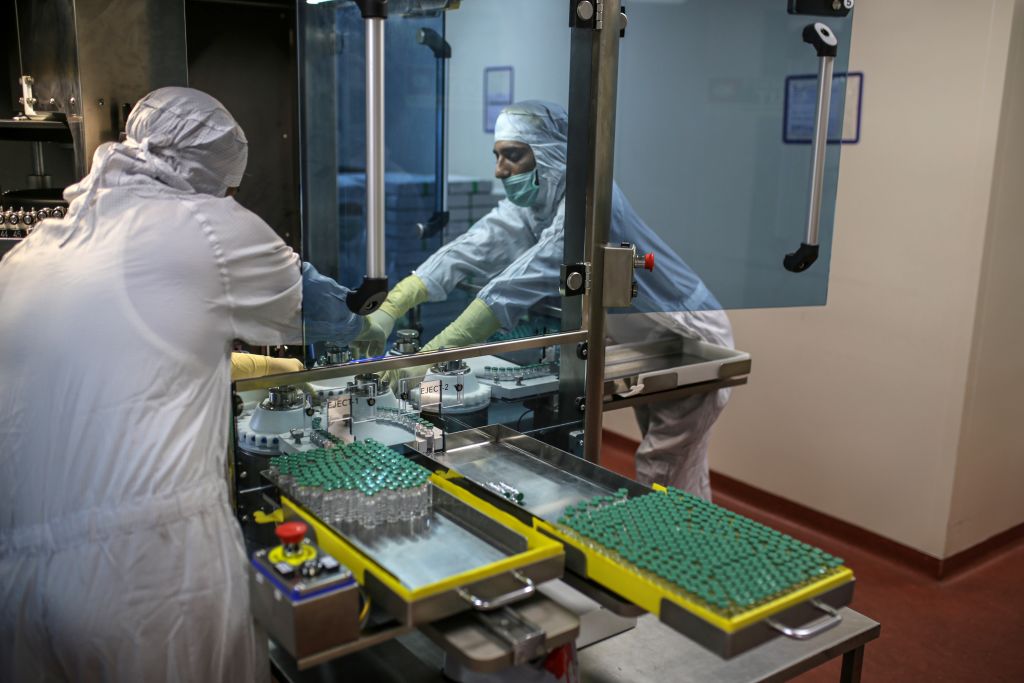 Earlier this year, countries around the world counted on the Serum Institute of India, which produces 60% of the world’s vaccines each year, as a lifeline to supply them with COVID-19 jabs. Now, the Serum Institute is struggling to meet even the vaccine demands of its home country as India battles its worst-ever wave of COVID-19 infections.

The government’s financial support will give a much-needed jolt to the country’s lagging vaccine campaign. At the same time, the additional vaccine supplies may do little to alleviate the unprecedented COVID-19 crisis facing the country in the short term.

The Serum Institute is partnering with AstraZeneca to manufacture the British pharmaceutical firm’s COVID-19 vaccine in India.

The Serum Institute dubs the Indian-made version of the vaccine Covishield, and it is one of four vaccines to be approved for global distribution by the World Health Organization.

After striking deals for its vaccines last fall with COVAX, a global facility aimed at equalizing global COVID-19 vaccine access, the Serum Institute initially planned to sell a significant portion of the doses it produces to lower- and middle-income countries around the world.

But the Serum Institute’s plan hit a speed bump early this year.

In February, CEO Adar Poonawalla announced that the Serum Institute had “been directed” to stop selling its vaccines abroad to prioritize India’s domestic needs. Poonawalla did not say if the government or someone else made the order, and India’s government has denied that it had banned vaccine exports.

Still, exports of Indian-made vaccines have slowed to a crawl.

Poonawalla says that the Serum Institute’s inability to export vaccines abroad has also hampered its ability to ramp up production for domestic purposes.

“We were supposed to export [our vaccines] and get the funding from export countries, but now that that is not happening, we have to find other innovative ways to build our capacity,” Poonawalla told an Indian broadcaster on April 7.

“We are prioritizing the needs of India at the moment, and we are still short of being able to supply…every Indian that needs it,” he said.

Meanwhile, Poonawalla has also accused the U.S. of hoarding raw vaccine materials to the detriment of the Serum Institute. In February, U.S. President Joe Biden invoked the Defense Production Act to bolster the U.S.’s vaccine manufacturing capacity, but Poonawalla claims that the measure has hurt his company’s ability to access critical raw materials like bags and filters.

“I humbly request you [President Biden] to lift the embargo of raw material exports out of the U.S. so that vaccine production can ramp up,” he wrote in a tweet last Friday.

In an interview with the Indian media outlet The Business Standard last week, Poonawalla said the U.S.’s export ban has hurt the Serum Institute’s ability to manufacture a vaccine for U.S.-maker Novavax without mentioning if it has dented production for AstraZeneca’s vaccine.

A crisis in India

On Tuesday, India reported over 259,000 new cases of COVID-19, its sixth straight day above the 200,000-case threshold. Before the current wave of infections, India had never recorded more than 100,000 cases a day.

The rising case counts are pushing India’s health care system to its brink.

On Monday, India reported a record 1,761 deaths related to COVID-19, and hospitals across the country are running low on supplies and being overwhelmed by the onslaught of new infections.

Amid the crisis, Prime Minister Narendra Modi announced on Tuesday that India is opening up vaccine eligibility to anyone over the age of 18 on May 1, his government said in a statement.

It is unclear how opening up vaccine eligibility to nearly 1 billion people in India will alleviate existing vaccine shortages, which remain acute in states across the country.

As of Tuesday, India has delivered 127 million vaccine shots to its citizens, enough for one dose for 8% of its population. The U.S., by comparison, has administered over 211 million doses to its citizens, with 39.9% of the population receiving at least one dose.

But in addition to India providing more funding for its domestic vaccine makers, the government approved Russia’s Sputnik V vaccine last week for domestic use while also opening the door for other foreign makers to sell their vaccines in the country.