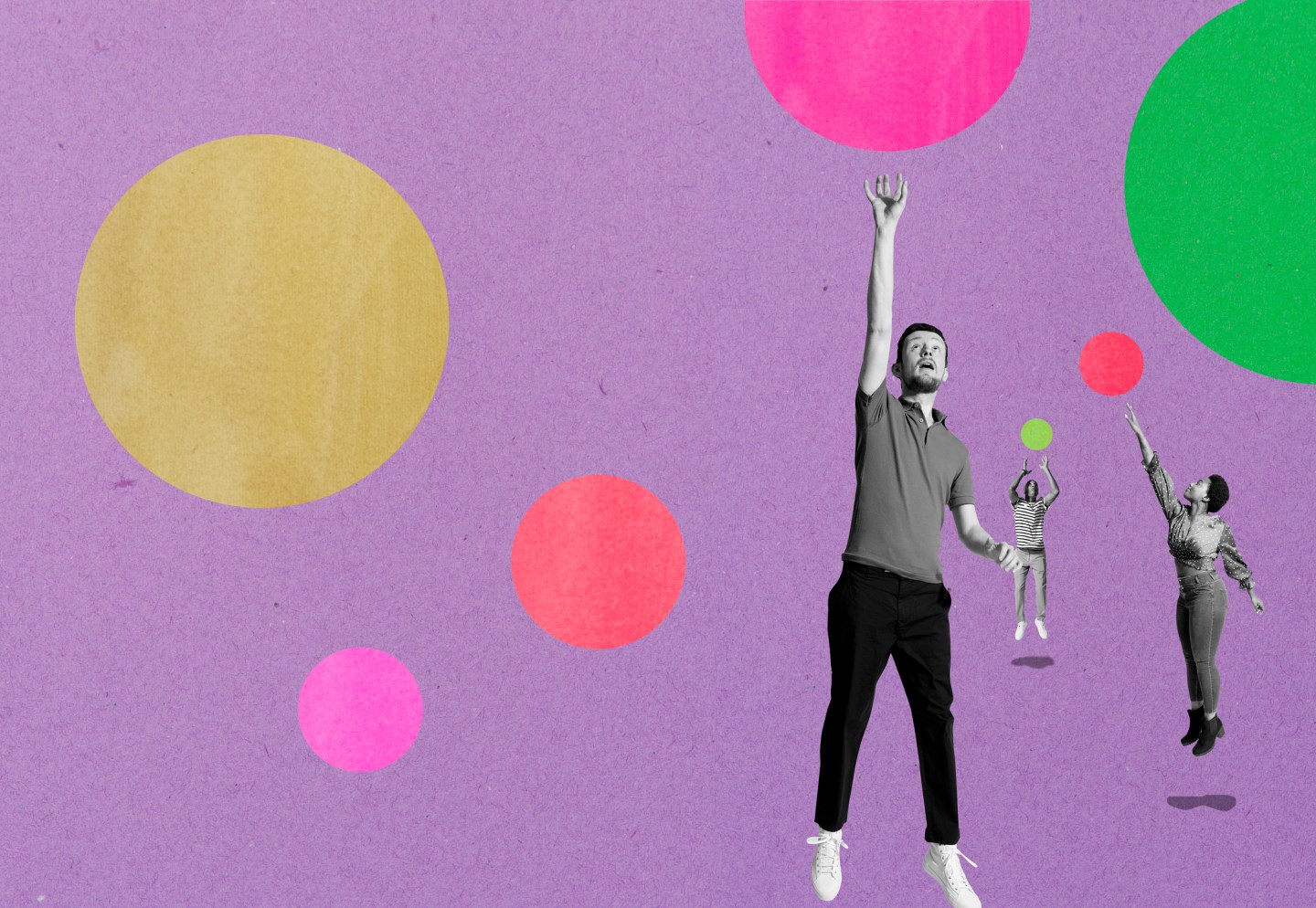 Events software company Bevy quadrupled its valuation in the past year as it made a push for diverse hires and investors.
Getty Images

The corporate reaction to the death of George Floyd and the push for racial equity in the United States was met with swift statements and black squares to show solidarity on social media.

While words can be powerful, actions are ultimately what drives long-term change. Last year, Derek Andersen, the CEO and cofounder of Bevy, a technology company that helps some of the largest corporations in the world build global communities through virtual and in-person events, realized his company could do better when it comes to both the diversity of its new hires and its investors.

“One year ago, we had 27 employees and none of them were Black, and I am super embarrassed about it,” Andersen tells Fortune. “When George Floyd was murdered on May 25, my cofounders and I got together and said, ‘Okay, we’ve been sort of talking about doing something. We have to go do something.’ But if we are going to speed up change, how are we going to do that?”

He turned to Kobie Fuller, general partner and investor at Upfront Ventures who also runs Valence, a networking community for Black professionals. Fuller, who is Black, was one of Bevy’s earliest investors.

“If you lack diversity across all facets in your company, it’s the same as if there was something fundamentally broken in your underlying code base. People are doing a really good job if they see something broken on their website or their overall architecture. They prioritize fixing that immediately because it could result in a broken user experience,” Fuller says. “That’s how I feel about this issue of diversity and lack of representation from certain groups, and Derek approached this at that level of seriousness.”

One year later, Bevy has the results to show for its commitment. Last month, Bevy announced a $40 million fundraising round at a $325 million valuation. Of the 40 investors, more than 60% are Black and most are first-time investors in Bevy. As the demand skyrocketed for online events, Bevy was also able to grow to more than 100 employees. Fifteen percent of its employees are Black, and the company is working toward a goal of at least 20%.

Bevy’s Series C round of fundraising, which included 40 new investors. Approximately 70% of the round’s investors are Black, and 30% are women.
Courtesy of Bevy

What Andersen and his investors discovered over the past year was diversity wasn’t just the right thing to do in terms of bringing new ideas, perspectives, and networks to the table. It was also a smart business decision.

“We’re all about building community. It’s super critical, and we’re building a more inclusive community for our employees,” Andersen says. “And then we said, ‘We should be doing the same thing with our investors.’”

“Diversity doesn’t begin with your workforce. It starts at the top of the company, with the ownership and your board,” he says.

“This could be a model”

James Lowry, who was the first Black consultant at McKinsey in 1968, has spent his career dedicated to helping create wealth in Black and brown communities. He even wrote a book about it, Change Agent: A Life Dedicated to Creating Wealth for Minorities.

When Fuller called him last year and said Bevy wanted to raise a round from a diverse new group of investors, Lowry says he wanted to be a part of it and was ready to help recruit people.

“I have been doing studies on the Silicon Valley experience and what we can do to accelerate Black participation in the technology industry,” Lowry says. “It was always intriguing to me. For us to move this quickly and have 20-some investors who are Black, I said, ‘This could be a model.’”

The pandemic pushed Bevy into hyper-growth mode. The company was fortunate to have a pandemic-proof model that allowed it to host virtual and hybrid events. The idea grew out of Startup Grind, a community Andersen founded that now has chapters around the world connecting local startup ecosystems. When he couldn’t find software to power the community virtually, he decided to create his own and started Bevy as a separate company.

As Bevy raised its Series C, Andersen also worked on changing the makeup of his company. That started with leadership. He looked at more than 100 résumés and talked to more than 30 candidates before he decided to bring on Arlene Cook, a Black woman, as Bevy’s head of people.

“I couldn’t find anybody that really aligned with what we were trying to do except Arlene,” Andersen says.

Together, Andersen says they approached their diversity goals by being “intentional.” He personally reached out to people on LinkedIn and Valence, Fuller’s social network, connected with potential candidates, and asked people to share opportunities with their networks to reach an even larger hiring pool.

One year later, Bevy has gone from no Black people to more than a dozen. (Andersen says the company previously had employees of Asian and Latino descent and that Bevy is committed to growing a diverse team of people from all backgrounds.)

The commitment to diversity has been worth it. With intentional hiring and the benefit of the demand for virtual events, Bevy’s valuation has quadrupled in the past year.

“Now we’re at 15% [Black employees] and rapidly closing in on 20%, and that was very much due to Derek making a board level KPI [key performance indicator] and holding his team accountable,” Fuller says. “He did it not just because it’s the right thing to do from a social good perspective, but he also wanted to create the best maximum value for the business.”

One of the ways Andersen has seen his intentional approach to hiring pay off is through customer relationships.

Lowry, a business veteran who has designed more than 30 major minority business programs for corporate and public clients, and wrote the first major study with his firm in 1978 on minority business development for the U.S. Department of Commerce, sees Bevy’s success as a model for the technology industry.

“It’s the same formula. Once you come up with a model and it gives you the bottom line results and you can take pride in the results, others will follow,” he says. “You have people out there in line waiting to invest in the next Bevy.”