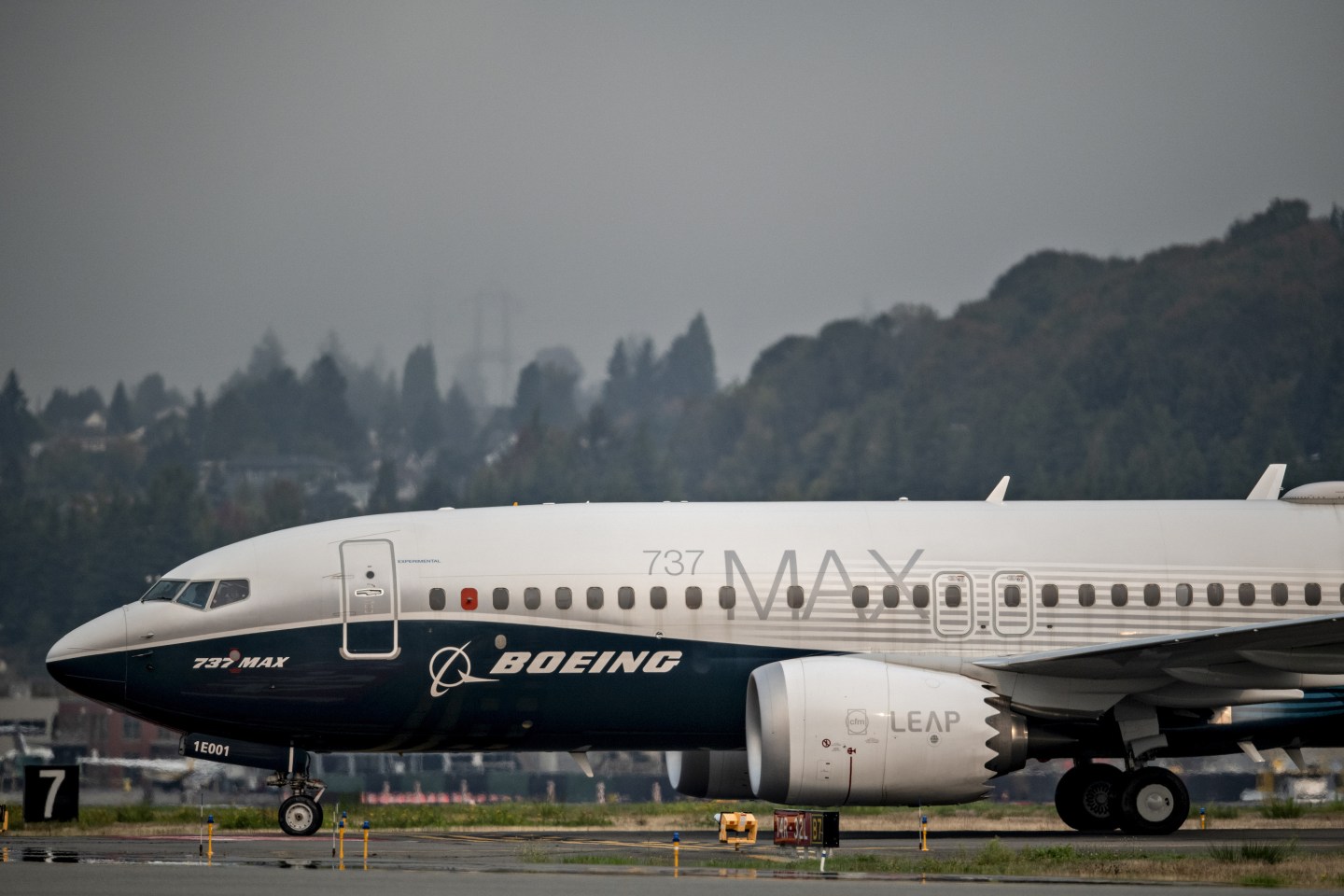 Boeing Co. grounded dozens of 737 Max jets to repair an electrical flaw that emerged just months after the planes were cleared to return to the skies, forcing airlines to cancel flights and line up replacement aircraft.

U.S. carriers including Southwest Airlines Co., American Airlines Group Inc. and United Airlines Holdings Inc. parked a combined 67 of the workhorse planes Friday, about a third of the Max jets currently in service around the world. The manufacturing fault affects aircraft at 16 airlines, not the entire Max fleet, Boeing said in a statement.

The U.S. Federal Aviation Administration said the potential lapse “could affect the operation of a backup power control unit,” adding that the agency is in “contact with the airlines and the manufacturer and will ensure the issue is addressed.”

While the issue isn’t related to the flight-control system that was at the center of the Max’s nearly two-year grounding, it takes the luster off the comeback of Boeing’s most important product. The Chicago-based planemaker has been picking up orders for the Max since U.S. regulators lifted the grounding in November and recently secured a bumper commitment from Southwest, which had publicly flirted with a smaller single-aisle jet made by Airbus SE.

Boeing slipped 1% to $252.38 at 9:52 a.m. in New York, the biggest drop on the Dow Jones Industrial Average. The shares had gained 19% this year through Thursday, twice as much as the Dow.

The newest Max disclosure comes as Boeing contends with quality lapses and manufacturing flaws that have damaged its reputation and affected its 787 Dreamliner, KC-46 aerial tanker and Starliner spacecraft. The aerospace titan also has fired and sued a subcontractor on another high-profile project: turning two 747 jumbo jets into the next Air Force One fleet to haul U.S. presidents.

The latest issue was discovered by Boeing mechanics “on a production airplane during normal build activity,” according to a message to customers that was reviewed by Bloomberg. Operators were notified just hours after a separate email touting the growing number of flight hours and planes in service since the grounding ended in the U.S.

Boeing declined to say how many planes were affected of the 183 Max jets that have been put back into service since December. About 20 operators have been conducting about 400 daily flights, according to a separate memo.

“Boeing has traced the issue to a production change made in the installation process that occurred after our last aircraft was delivered before the fleet grounding in March 2019, which means 24 of our 737 Max aircraft are not affected by this issue,” David Seymour, American’s operations chief, said in a message to employees Friday.

Boeing’s wouldn’t estimate how much time the repairs will require. “It could take a matter of hours or a few days,” said Jessica Kowal, a Boeing spokeswoman.

Southwest said it pulled 30 737 Max 8 jets from its schedule, adding that it’s flying only 15 of its 58 Max planes daily and expects “minimal” disruption to its operations. The Dallas-based carrier said it hasn’t experienced any operational problems related to the electrical issue identified by Boeing.

The Max, Boeing’s latest generation of the decades-old single-aisle workhorse, was grounded after two crashes five months apart in Indonesia and Ethiopia in 2018 and 2019, in which 346 people were killed.

It was cleared to fly again by U.S. regulators in November, with regulators in Europe and most other major markets following suit.

—With assistance from Justin Bachman.