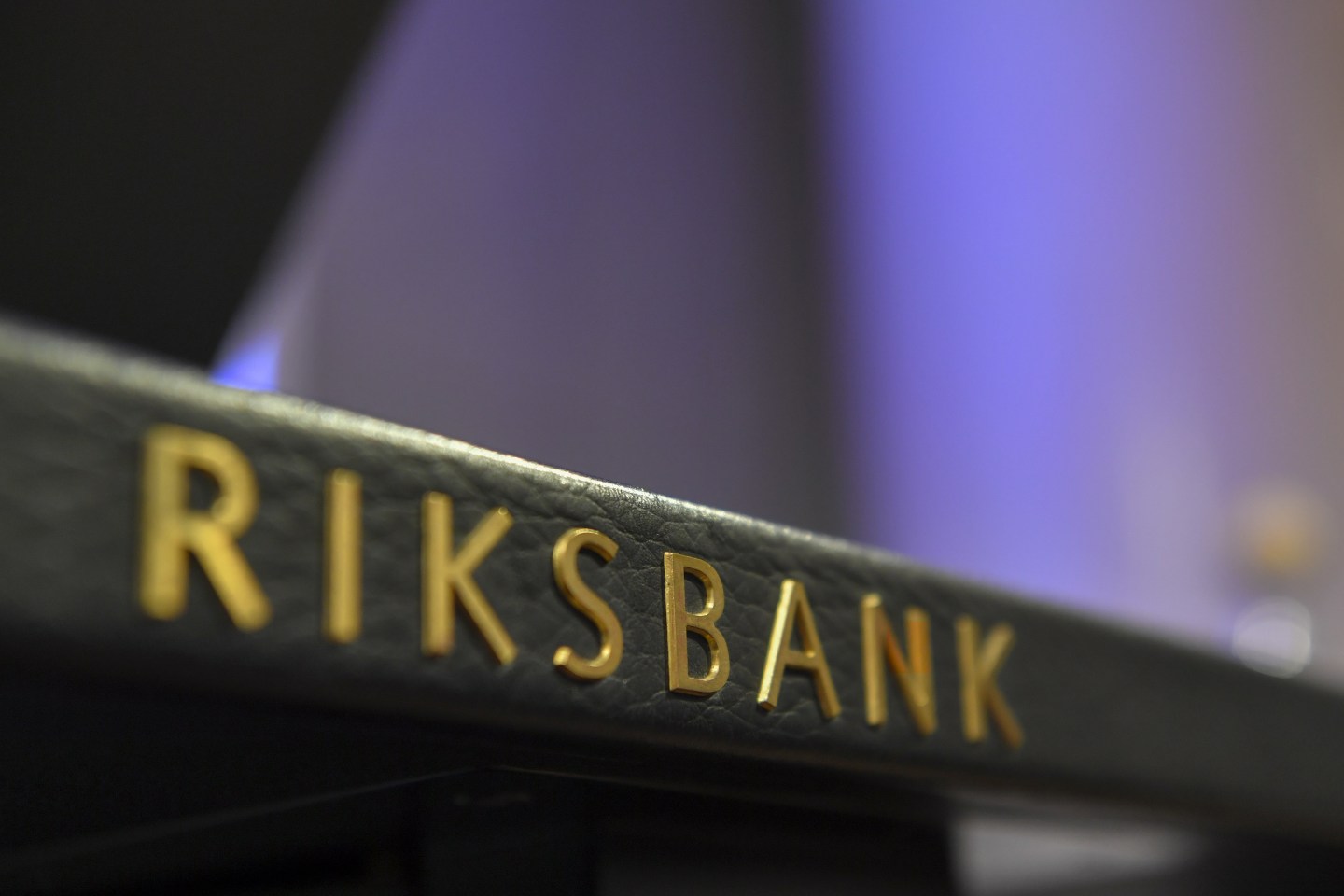 Lettering spelling out Riksbank adorns a desk ahead of a Sveriges Riksbank news conference at the central bank headquarters in Stockholm, Sweden, on Thursday, Dec. 19, 2019.
Mikael Sjoberg/Bloomberg via Getty Images

The Swedes are learning that their once pioneering vision for a central bank digital currency might take a lot longer to enact than initially thought.

The Riksbank just published the results of the first phase of a pilot project into what is essentially the most advanced exploration of a post-cash era to be undertaken by a major, western economy. It says the rapid pace at which cash is disappearing presents “potential problems” that a digital currency controlled by a central bank can address.

The task is huge and Sweden’s central bank, the world’s oldest, keeps pushing back its timeline. After once suggesting it might be ready to move ahead with an e-krona by 2018, the Riksbank now says the current pilot project won’t be completed until early next year, and has even given itself room to continue trying until the end of 2026.

Other central bankers have openly dismissed the notion that there’s any reward to be gained from being a first-mover in the field of digital currencies. Federal Reserve Chairman Jerome Powell recently said the U.S. would rather be right than first.

“In most economies it will take time. And especially if lawmakers need to weigh in,” Johanna Jeansson of Bloomberg Economics.

Mithra Sundberg, who heads the Riksbank unit that’s running the project from Stockholm, suggests it’s important not to settle on the technology before figuring out exactly what the digital currency needs to do. That’s as the Riksbank makes clear it’s not replacing cash, and that whatever it ends up creating — if it moves ahead—will probably require a new legal framework before it can be used.

Meanwhile, cash in the form of bank notes and coins is slowly but surely petering out in the largest Nordic economy. Last year, Swedes used cash less often than the citizens of seven other “mature” markets, as a percentage of total transactions, according to the McKinsey Global Payments Report.

But not everyone sees cashlessness as a trigger for embarking on a digital currency project. In neighboring Norway, another virtually cashless society, the central bank says there’s “no acute need” to introduce a digital currency.

“The motivation for introducing a central bank digital currency may change as policy makers explore the issue. Simply introducing a complement to cash for retail transactions may not make much of a difference in the economy. Using wholesale CBDCs in cross-border transactions has the potential to raise efficiency. Employing new digital tools for policy purposes could really alter the macroeconomic playing field. The bigger the step, the more thought it’s likely to require. Expect that to take time.”

Sundberg says Sweden’s e-krona pilot project hasn’t yet explored the monetary policy ramifications of such a transformation. But she and her team have “looked at the technical possibilities of being able to charge interest,” she says.

The Riksbank’s pilot project shows that it would be possible to apply interest rates on a CBDC, regardless of whether it’s account-based or token based. If a negative interest rate is to be applied, the end-user can hold the tokens, but not a separate key that provides access to those tokens.

“The compatibility of an interest-bearing e-krona, positive or negative, with a distribution model as tested in phase one, is a much broader question than the purely technical possibilities and limitations,” the Riksbank said.

For now, the Riksbank is focusing on a so-called two-tier model, in which it would be responsible for the issuance and redemption of a CBDC. In such a framework the so-called participants, such as banks or payment firms, would have direct contact with the end-user, according to Micael Lindgren, the technical project manager at the Riksbank.

Ultimately, politicians and not central bankers will decide what the future of money will look like in Sweden. Lawmakers will judge whether the information produced through the pilot project persuades them that an e-krona is even necessary, and if so, what form it should take.