Is a choked up Suez Canal just a taste of the future? 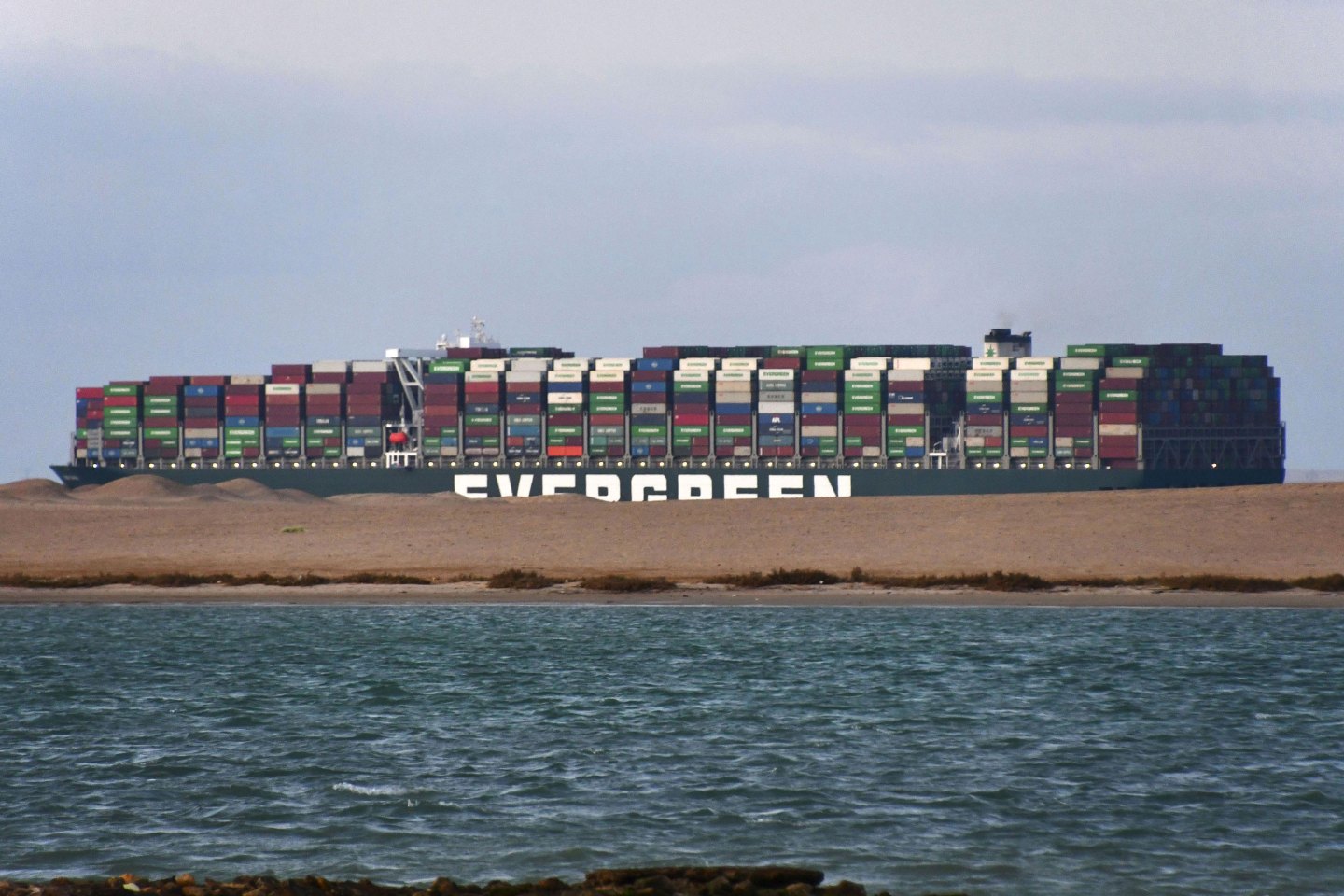 The Ever Given ship refloated on March 29, 2021.
Kyodo/Reuters

The impact that a single ship, albeit one of the world’s largest, had on the global trade system is difficult to grasp. How could the Ever Given choke the Suez Canal, and how could we be so unprepared for it?

Today, most companies order just what they need—what’s known as a just-in-time system—and save money by not having to store extra goods. And that’s a big problem when the transportation system fails.

Losses owing to the blockage of the canal were estimated to have reached $9 billion a day, and now that ships are again using the canal, a backlog of about 400 ships are now arriving at ports that can’t handle all the traffic at once.

Unfortunately, a choked Suez Canal was just a taste of what lies ahead. Climate change is likely to make it all worse in coming years.

To help put the global trade system in perspective, the U.S. imports about $140 billion worth of food a year, which comes to us from around the globe. Imports of agricultural products just from Australia, 9,000 miles distant, totaled $3.5 billion in 2019.

Sea level rise and more severe storm surges threaten this international trade, posing increasing risks to roads, rail lines, ports, and tunnels in low-lying regions worldwide. In the U.S., there are approximately 60,000 miles of road already exposed to occasional coastal waves and surges. Higher temperatures are causing more buckling of roads and railway tracks, and making takeoff by some aircraft impossible because they can’t generate the lift needed when it’s too hot. The recent winter storm that hit Texas severely disrupted all modes of transport, and a few years ago, Hurricane Harvey did the same.

The increasing risk to choke points poses regional and even global food security concerns. For example, 25% of global soybean exports pass through the Strait of Malacca on their way to China for animal feed. The Panama Canal, through which 15,000 ships passed in 2018, is running out of water because of less rain and more evaporation, the result of higher temperatures.

Finally, the 6 million tons of food that are transported to New York City each year pass through the Hunts Point Distribution Center, the largest wholesale market in the U.S. It’s supplied by about 13,000 trucks every day, many of which use one bridge—the George Washington—to get there. The storm surge from Hurricane Sandy narrowly missed Hunts Point in 2012, which, also incidentally, lies within a 100-year floodplain.

The global trade system is already vulnerable, and getting more so with intensifying climate change. A number of American cities are now considering storm surge defense options—such as Boston and New York—and Biden’s proposed massive investment in the country’s infrastructure emphasizes resilience to climate change. These efforts and countless more will be required to keep our global food supply flowing and the foods we love and need on the menu.

The Suez Canal fiasco was only a taste of what the future will look like if we don’t begin to take action on climate change.

Mike Hoffmann is professor emeritus at the College of Agriculture and Life Sciences and faculty fellow with the Atkinson Center for Sustainability at Cornell University. He is lead author of Our Changing Menu: Climate Change and the Foods We Love and Need and helped create the Our Changing Menu website.