Lilly Ledbetter: The next step in securing equal justice for women 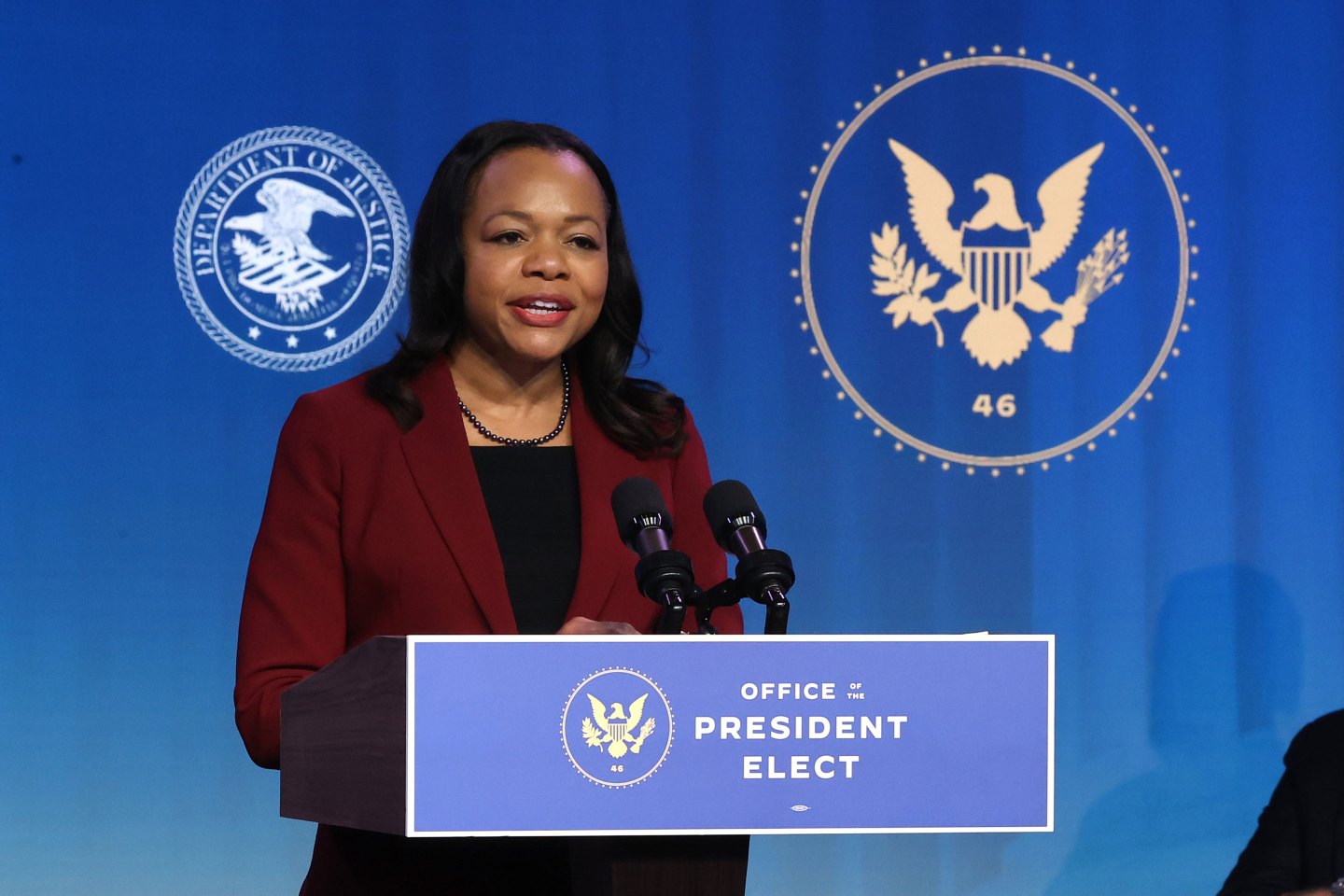 Kristen Clarke speaks after being nominated to head of the Civil Rights Division of the Justice Department.
Chip Somodevilla—Getty Images

As Women’s History Month comes to an end, any honest reckoning would show we’ve got more work ahead of us than behind us for true equality.

Take equal pay. Equal Pay Day—the day of the year where the average woman worker has earned as much as the average man did in the prior year—came the earliest it ever has, on March 24. That means the gap is shrinking. But it’s only shrunk 8¢ on the dollar in 25 years.

I know something about this. For years, I worked at a tire factory in Alabama. I did the same work as other shift supervisors who were men, turning out tires for SUVs from rubber and component parts. But I didn’t get the same pay or opportunities as they did. That’s why I filed suit against the company that employed me—a case that went all the way to the U.S. Supreme Court.

The court ruled 5–4 against me because they said I didn’t file my lawsuit in time—even though it took years before I found out about the discrimination. Congress responded by passing the Lilly Ledbetter Fair Pay Act, named for me, and signed into law by President Obama. Without support from him and a majority in Congress, companies would still be protected when they secretly deny their women workers equal pay for equal work.

My case showed how we need people in government who will stand up for women and put the power of the law on our side. That’s why I am lending my voice in support of President Joe Biden’s nominee to be the next head of the Civil Rights Division of the Justice Department.

Kristen Clarke, whose civil rights career started in the Bush administration Justice Department and spanned to leading the Lawyers’ Committee for Civil Rights Under Law, would be the first woman confirmed by the Senate for that position.

As chief of the Civil Rights Bureau in the Office of the New York Attorney General, Kristen won a case that was close to my heart. She took on the big power company, Consolidated Edison, or ConEd, for its employees committing sexual harassment and gender discrimination against its female field workers.

These women, who worked physically demanding jobs in manholes and power stations, didn’t get the training they needed and were even denied safety gear. And not only were they not paid the same as their male counterparts for doing the same work, they were harassed and abused while on the job, often on the receiving end of derogatory language and forced to look at demeaning images of women posted inside their trucks.

Because of Clarke’s successful lawsuit, ConEd was forced to pay millions in compensation to more than 300 women and made changes to protect its female workers in the future.

As the past four years showed, it’s important to have the right people in these jobs. We need folks with the best legal and educational credentials, and Clarke has them. But we also need someone with a good heart and a feel for what’s right for all Americans. We need someone who will use the power of the law to open doors and change lives.

We are living through a dramatic time, when women have been on the front lines. More of us are nurses, teachers, and other essential workers. More of us dropped out of the workforce because childcare or home-schooling responsibilities fell on us. This makes it all the more important for people to stand up for our rights.

This isn’t book history for me. I lived it. I lost money and suffered harm over many years because someone decided I didn’t deserve the same pay as workers doing the same job who happened to be male.

When I found out, I was told to suffer through it,  just like women before me were told. They were afraid to speak up because they were afraid to lose their jobs. I don’t fault them, but I couldn’t let it go. I was determined to be treated equally under the law.

Kristen Clarke has spent her life and career putting that idea into action. That’s the kind of person we need to stand up for us at the Justice Department—someone who will hold her head up, put her shoulders back, and march forward to do what’s right.

Lilly Ledbetter is a women’s equality activist, public speaker, and member of the National Women’s Hall of Fame.