One-third of American adults have gotten a COVID vaccine. But not every state is doing a great job 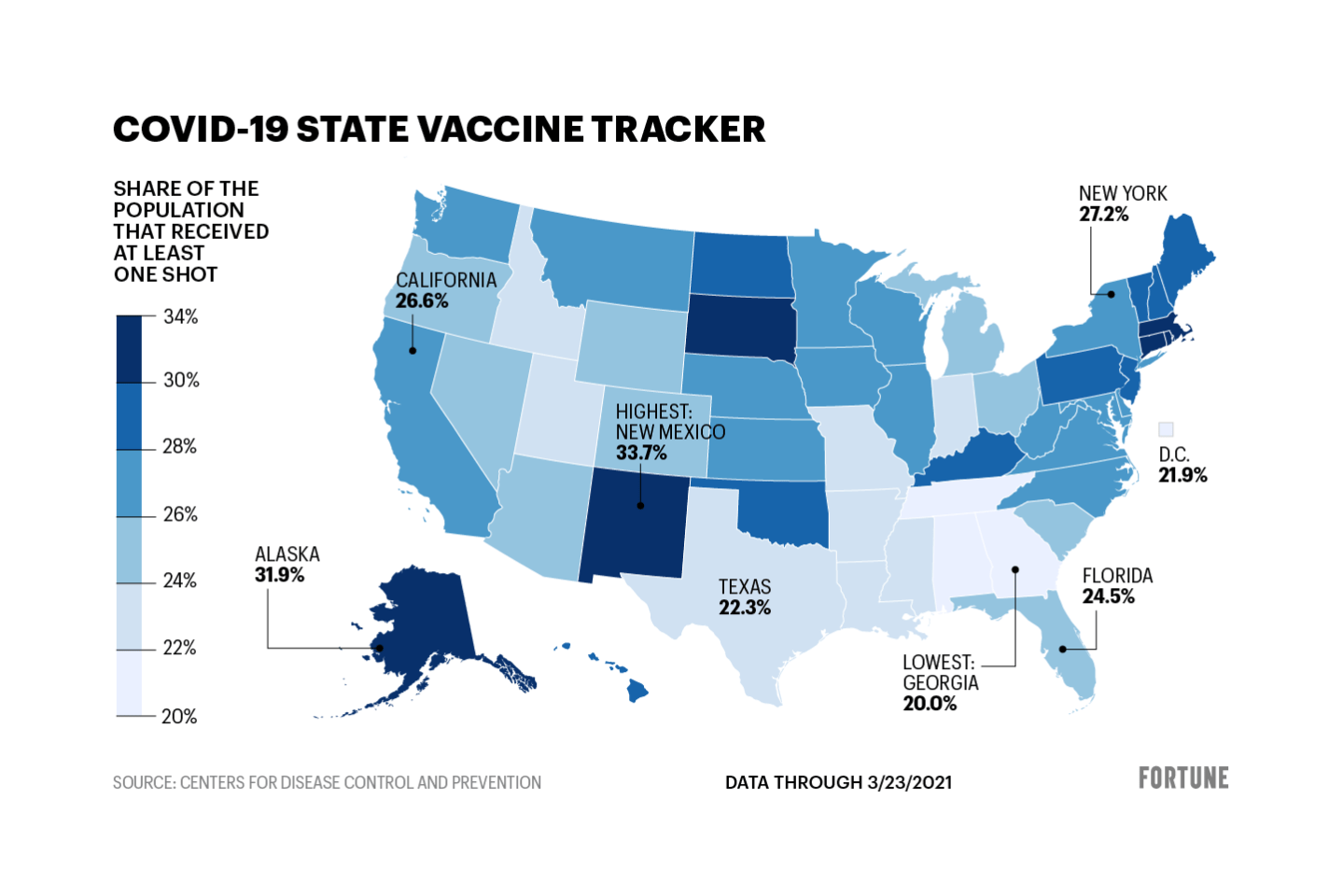 There’s been plenty of drama around COVID vaccines this week, from AstraZeneca’s seemingly self-inflicted data debacle (not the first one), to the EU’s desperate scramble to shore up supplies via export bans—and reportedly, the impounding of 29 million doses in a facility near Rome—amid worsening virus conditions.

But on the ground in the U.S., the rollout has continued to progress relatively smoothly, with the country now administering, on average, more than 2.5 million vaccines per day. As of March 24, the country had administered 130 million doses of the 169 million distributed across the country, according to data from the Centers for Disease Control.

More than a quarter of the U.S. population, and roughly a third of all adults—85.5 million people—have received at least one dose of a coronavirus vaccine, up from 73.7 million a week ago. And 46.4 million Americans, or roughly 14% of the population, are fully vaccinated.

Among the more vulnerable senior population, 24 million, or 43.8% of people over the age of 65, have been fully vaccinated; 70.3% have received at least one dose of a coronavirus vaccine. The vast majority of those vaccinated have received the two-dose mRNA vaccines developed by Pfizer and Moderna; roughly 2.6 million received Johnson & Johnson’s single-shot vaccine.

The picture remains mixed across the U.S., with states at varying points in their rollouts and differing approaches to eligibility. Alaska, Mississippi, and West Virginia have already opened the process to all adults, while a number of other states have announced plans to do so soon.

New coronavirus cases, meanwhile, average around 53,000 per day, about the level they were at last summer. While hospitalizations and deaths have been declining, public health experts remain worried about the continued spread of more contagious variants, as is happening currently in states like Florida and Michigan.

Share of the population that has received at least once shot