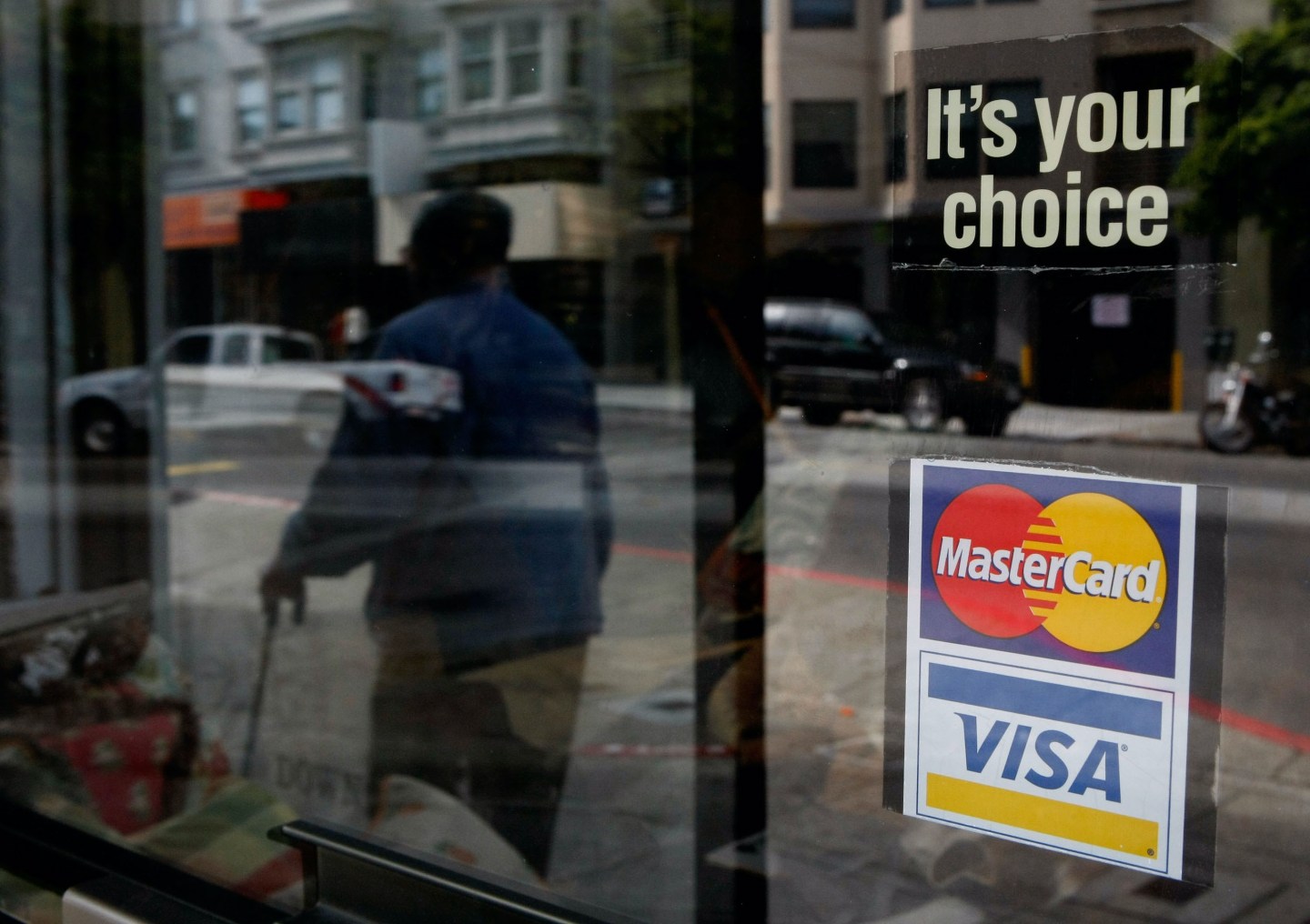 Visa Inc. and [/hotlink] Mastercard[/hotlink] Inc. are postponing plans to boost the fees U.S. merchants pay when consumers use credit cards online, pushing back the changes another year to April 2022 because of the pandemic.

“Visa is committed to maintaining stability in our payments system and will not make any future rate changes in the U.S. for another year while the economy recovers,” the company said in an emailed statement.

Retailers have been asking both networks in recent months to delay hikes in so-called interchange fees, hoping to avoid a jump in costs for accepting cards at a time when consumers are especially reliant on online shopping. The companies’ plans have drawn attention from Senator Dick Durbin, the Illinois Democrat who previously helped limit fees on debit-card transactions.

“We urge you to call off these planned fee increases,” Durbin wrote in a letter this month with U.S. Representative Peter Welch, a Democrat from Vermont, to the card networks’ chief executive officers. “Our nation is still reeling from the ongoing pandemic.”

As part of its delay, Mastercard said it’s also pushing back plans that would have caused some bricks-and-mortar retailers, along with convenience stores and supermarkets, to see higher rates. The network vowed that it would “continue to be thoughtful” about the timing of implementing the changes.

“Mindful that some merchants are still facing unprecedented circumstances, we are delaying our previously announced interchange adjustments,” Mastercard said in its statement.

When Visa first unveiled the changes, it said the interchange rate for so-called card-not-present transactions, which include those made online or over the phone, would rise. For a traditional Visa card, the fee on a $100 transaction would climb to $1.99 from $1.90. For premium Visa cards, the fee would increase to $2.60 from $2.50.

The changes — originally slated to take effect last April — were delayed until this April, and now they won’t go into affect until April 2022.

“Visa is proud of the role we have played in helping keep American businesses open during this extraordinary time,” the company said in the statement. “We believe the steps we have taken and are taking today will further support the recovery.”

While Visa and Mastercard set interchange rates that merchants pay each time a consumer swipes their card at checkout, it’s banks that keep most of that fee.

“Mastercard continues to support our merchant partners by enabling them to keep their businesses open with safe, secure and reliable payments for both in-store and online purchases,” the company said.

Around mid-2020, Visa reduced the rates it charges supermarkets and grocers. Months later, it opted to delay plans to raise the swipe fees paid by certain U.S. merchants for in-store transactions as well.

“Managing a dynamic payment network requires constant evaluation of our rate structure and making adjustments,” Visa said. “The combined impact of Visa’s actions to support businesses and consumers has led to an overall decrease in interchange rates during the pandemic.”