Sands Corp. cashes out of Las Vegas, selling landmark properties like the Venetian 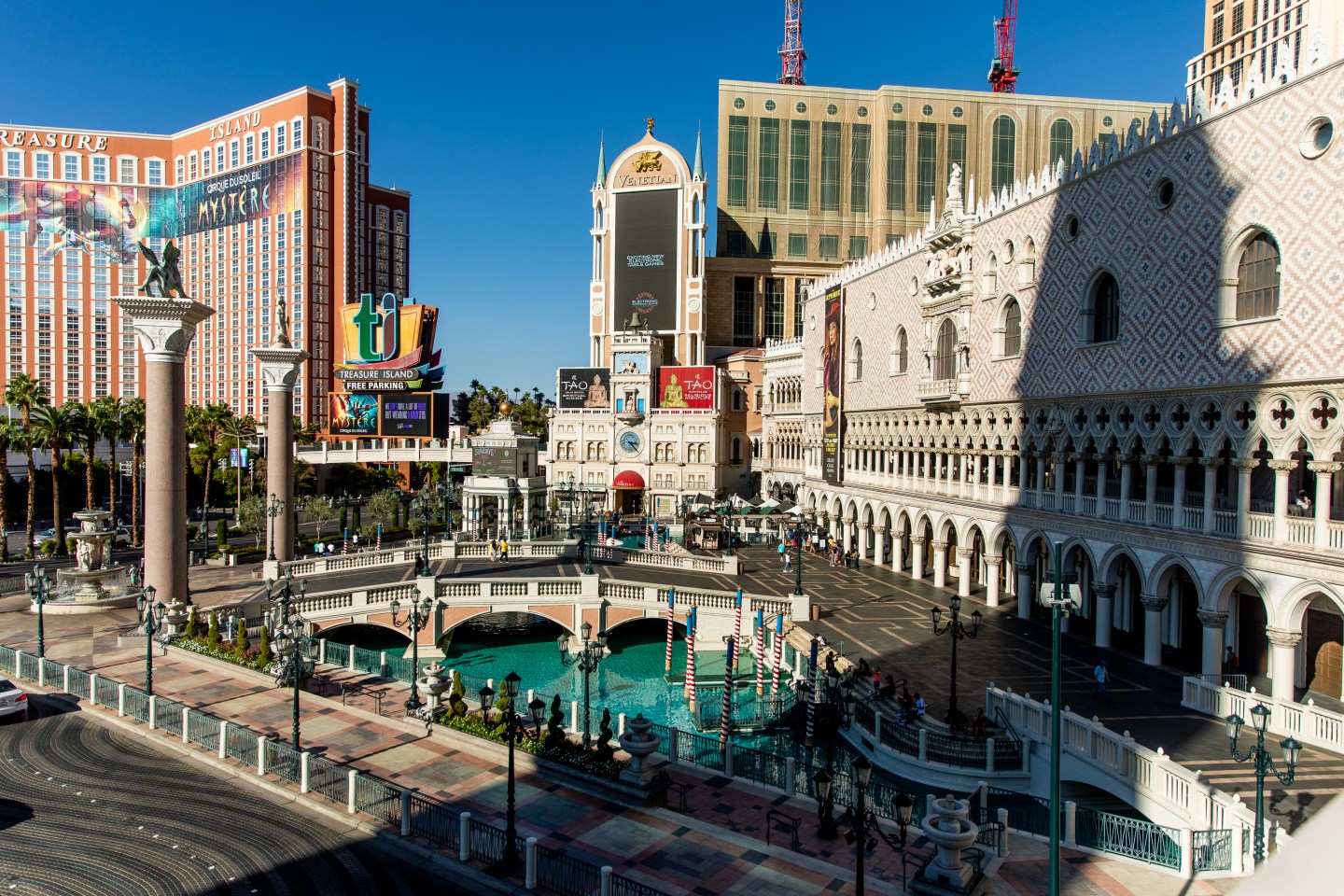 The company, founded by the late Sheldon Adelson, sold iconic properties in Vegas to focus on business in Asia.
Roger Kisby—Bloomberg/Getty Images

Less than two months after founder Sheldon Adelson died at the age of 87, his company is pulling out of the Las Vegas market.

Las Vegas Sands Corp. has agreed to sell its properties in the city, including the Venetian Resort and the Sands Expo and Convention Center, to a pair of companies. The total value of the deal is $6.25 billion.

VICI Properties will buy the property and all assets associated with the Venetian and Sands for $4 billion. Apollo Global Management will acquire the operations of the Venetian for $2.25 billion.

The move will let Sands Corp. increase its focus on Asia, where it has been growing its presence in recent years. The company has five casinos in Macao and one in Singapore. The Las Vegas operations have suffered as the pandemic has dragged on. In December, the Palazzo (a hotel that is connected to the Venetian) closed down temporarily because of low occupancy in the city.

The Venetian is one of the premier hotels along the Las Vegas Strip, with over 7,000 rooms, 225,000 square feet of gaming space, and 2.3 million square feet of meeting space. And the Sands is a popular convention spot. With COVID-19 vaccine availability growing, the convention business, along with overall tourism, is expected to begin ramping up in the city later this year or early next.

“As we announce the sale of The Venetian Resort, we pay tribute to Mr. Adelson’s legacy while starting a new chapter in this company’s history,” said Las Vegas Sands chairman and CEO Robert Goldstein in a statement. “This company is focused on growth, and we see meaningful opportunities on a variety of fronts. Asia remains the backbone of this company, and our developments in Macao and Singapore are the center of our attention.”

The Venetian was the property that helped establish Sheldon Adelson and his company as the global force they became. When he died last year, Adelson was one of the largest donors to the Republican Party and one of the world’s richest men, with an estimated worth of $35.9 billion.