Want to step up as a stakeholder capitalist? Start by measuring up on diversity 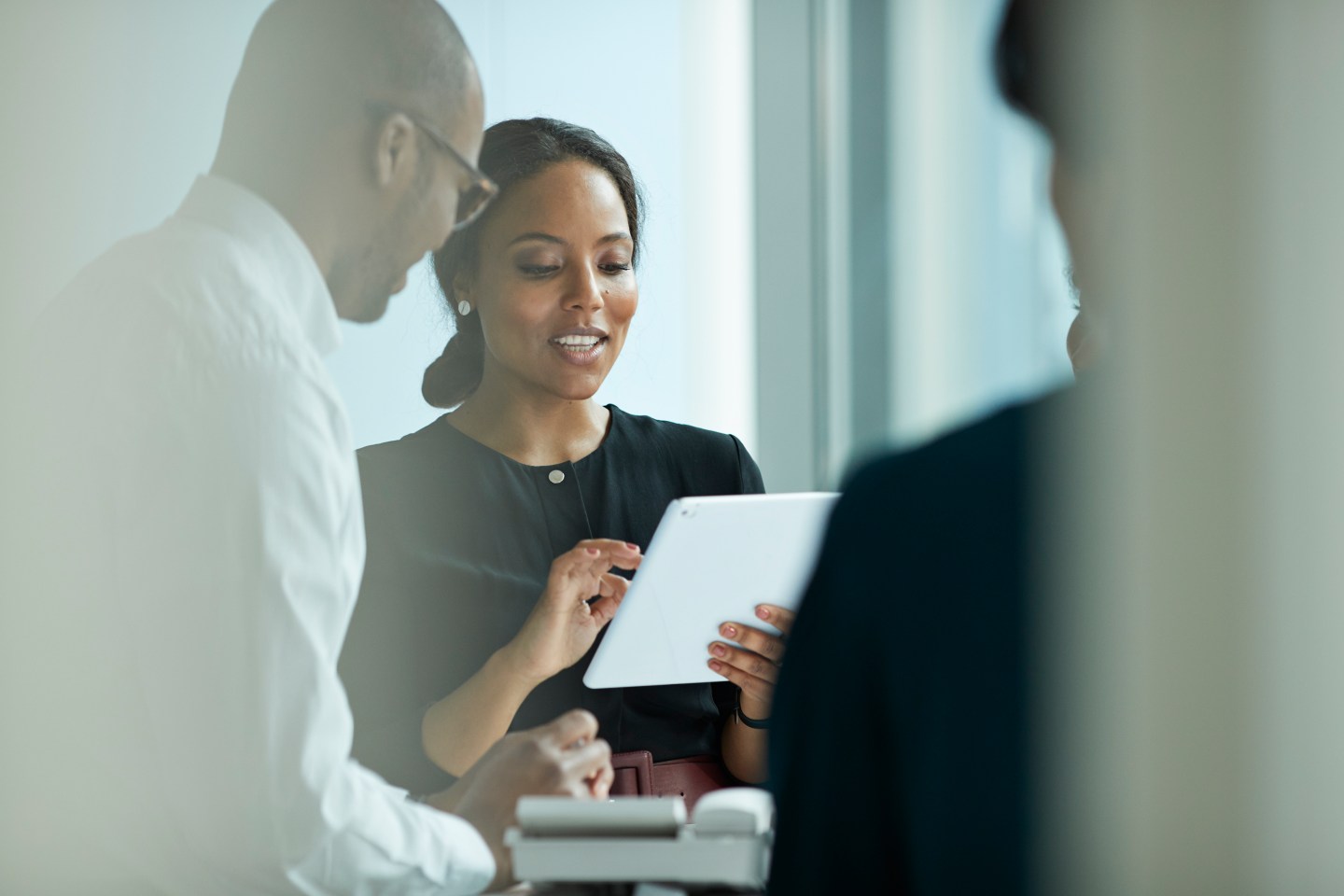 “If the government won’t act, then it’s up to businesses to take a stand for matters of equity,” writes Katica Roy.
DigitalVision/Getty Images

The first nationwide reporting of employer-provided pay data to the U.S. government happened in September 2019. It was an opportunity to start holding companies accountable for their progress on diversity and inclusion—but the chance slipped by.

We all know what came to pass shortly thereafter. A triple crisis hit the U.S.: first the COVID-19 pandemic, then its associated economic fallout, and then police violence against Black people that sparked tremendous social upheaval, along with renewed calls for racial justice.

We are in the center of a storm in which women were (and still are) bearing the brunt of the impact: as frontline workers, as primary caregivers, and as those who lost the majority of all jobs. Yet not one penny of the over $2 trillion in economic stimulus issued to date has taken into account the pandemic’s gender-imbalanced wounds. If we don’t act now, these wounds will turn into permanent, damaging scars on our businesses, our communities, and the economy at large.

By failing to apply the gender lens to its economic stimulus packages, our government all but ignored the 16 million breadwinner moms who support 28 million children (29% of whom are Black) by contributing 50% or more of household income. It ignored the 15 million women and 12 million children who live in poverty. It ignored the 13 million women and 4.3 million children without health insurance. It neglected to take into account that women hold 70% of our nation’s lowest-paid jobs. Nor did it take into account the economic value of the second shift, which, if compensated, would see the average woman earn an extra $40,000 per year.

The result? In 12 short months, we backslid 22 years on the gender pay gap and 32 years on the labor force participation rate of women.

In light of the inequity and suffering of the past year, it has been encouraging to see the business community giving more weight to the idea of stakeholder capitalism. However, ensuring the well-being of employees, customers, and the community is more than just the right thing to do. Our entire economy is at stake if gender inequity gaps continue to widen.

Consider this: Since 1970, women have added a total of $2 trillion to the U.S. economy through their increased labor force participation. Prior to the pandemic, we could have added another $798 billion to the U.S. economy by continuing to increase women’s labor force participation. And, we could have added another $512 billion by closing the gender pay gap. But as the fallout of the pandemic continues largely unabated, that collective $1.3 trillion economic opportunity is fading in the rearview mirror.

If the government won’t act, then it’s up to businesses to take a stand for matters of equity. That’s why I support the new Measure Up partnership between Fortune and financial data company Refinitiv. I’ve written before about the need for expanded, intersectional reporting of diversity, equity, and inclusion data as part of companies’ standard reporting. Measure Up will help make this reporting a reality.

Driven by Refinitiv’s financial technology platform, Measure Up gives Fortune 500 companies the accountability and infrastructure they need to measure their racial and ethnic data. This data matters for moving the needle on diversity, equity, and inclusion because, as Elena Philipova, the Refinitiv executive heading its ESG initiatives, says, “What gets measured, gets managed. Until companies commit to measuring and disclosing their diversity data, it will be hard to make meaningful progress.”

In addition to companies reporting racial and ethnic data, Fortune will add a diversity and inclusion filter on their annual Fortune 500 list and launch a new list in 2021: the Most Progressive Companies in Racial Inclusion. These changes lay the groundwork to close gender equity gaps across all races/ethnicities, which is necessary for stakeholder capitalism to work as intended.

Measure Up is a great first step for companies to stand forward for racial equity. We look forward to intersectional gender equity (gender plus race/ethnicity) reporting in future years.

Here’s why the intersectional lens matters. Pipeline, the company I lead, has found that on average, men are promoted at a rate 21% greater than women. When we apply the intersectional lens, we find that the promotion gap actually doubles for Black women. In other words, men are promoted at a rate 42% greater than Black women. Had we not disaggregated the data by both gender and race/ethnicity (i.e., intersectionality), we would have blinded ourselves to the reality faced by people whose identities include two overlapping, diverse groups.

What’s more, Pipeline has found through its research that breadwinner moms have the largest gender pay gap of any cohort of women in the workplace: earning only 66¢ for every dollar that white breadwinner dads earn. This gap is significant because there are 28 million children in the U.S. who rely on breadwinner moms for their economic well-being.

However, the largest gender pay gap of any women in the workforce belongs to Black breadwinner moms, who earn 44¢ for every dollar white breadwinner dads earn. And since 1982, more than 51% of all Black American households with children under the age of 18 have been headed by breadwinner moms. Only by applying the intersectional lens can we see the full picture of what’s happening in our economy and within our organizations.

As we enter into the second year of the new decade, we need to catalyze wholesale change and remember that ensuring equity for women of all races and ethnicities isn’t just the right thing to do—it’s the economically smart thing to do. By taking steps now to narrow the gender equity gap, we can catalyze our recovery. Fortune’s new Measure Up initiative is coming at a critically important time. We should all pay attention to it.

Learn more about how to take part in Measure Up.