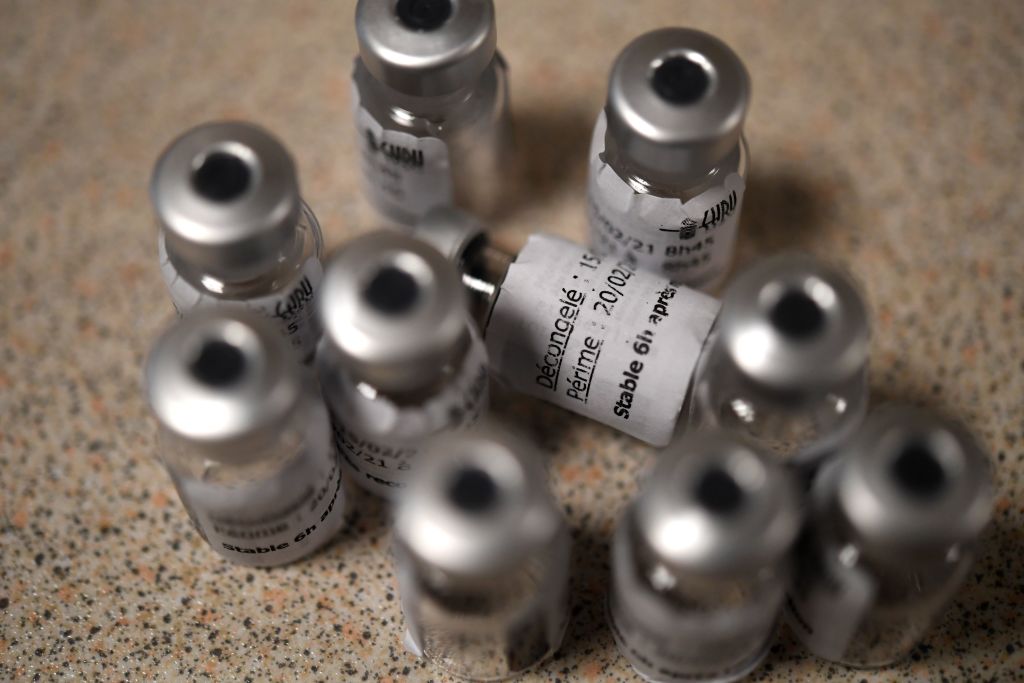 On Wednesday, Taiwanese Health Minister Chen Shih-chung announced in a radio interview that a nearly finalized deal between German vaccine maker BioNTech and Taiwan for 5 million doses of BioNTech’s COVID-19 vaccine fell through, and he suggested that Beijing may have killed the deal for political reasons.

Chen’s announcement marks the first time Taiwan acknowledged that it was negotiating with BioNTech after he said in November that it was working with a “certain foreign company” to supply Taiwan with doses.

In his Wednesday interview, Chen said that BioNTech and Taiwan had nearly finalized the deal in December and were drawing up press releases to announce the collaboration when BioNTech unexpectedly canceled. He said BioNTech cited “internal disagreements among company leaders” for why it pulled the plug on the deal, and he later alluded to Chinese political pressure sullying the negotiations.

“Certain people don’t want Taiwan to be too happy,” he said Wednesday. He also said that he previously kept the deal under wraps in fear of “outside forces intervening.”

Chen also said he suspected that China’s Fosun Pharma, the pharmaceutical giant that is acting as BioNTech’s intermediary in the Chinese market, told BioNTech that it opposed the deal with Taiwan.

BioNTech and China’s Fosun Pharma did not respond to Fortune’s request for comment.

Taiwan has a long-standing policy against importing vaccines manufactured in mainland China. Chen reiterated the policy in an interview earlier this week. That stance complicates Taiwan’s prospects of securing the BioNTech vaccine, since Beijing-based Fosun Pharma controls exclusive distribution rights for the vaccine in Taiwan, Hong Kong, Macau, and mainland China according to the deal BioNTech and Fosun Pharma struck last March.

Fosun Pharma could have circumvented Taiwan’s ban on Chinese-made vaccines by supplying Taiwan with BioNTech vaccines that were manufactured in Germany, where BioNTech is based. Fosun Pharma opted for such an approach in places like Hong Kong, where some members of the public are wary of mainland-based companies.

In January, Hong Kong’s government approved BioNTech’s vaccine and said that the city’s first doses would be manufactured in Germany and shipped to the city via Fosun Pharma.

Chen’s comments, however, indicate that Fosun Pharma’s role in distributing the doses in Taiwan may be a complete nonstarter for the Taiwanese government. Instead of negotiating with Fosun Pharma, Chen claimed that Taiwan attempted to negotiate a deal for the vaccines with BioNTech directly.

Chen indicated on Wednesday that BioNTech still may supply Taiwan with critical vaccine doses, saying that Taiwan’s agreement with the company is suspended but has not been “torn up.”

Taiwan, meanwhile, has spearheaded one of the world’s most successful COVID-19 responses but has been slow to get its vaccine program off the ground. Taiwan has brokered agreements to acquire 10 million doses of AstraZeneca’s vaccine, 5 million doses from Moderna, and 4.76 million doses via the international COVAX allocation program, but has yet to inoculate any of its citizens against COVID-19.