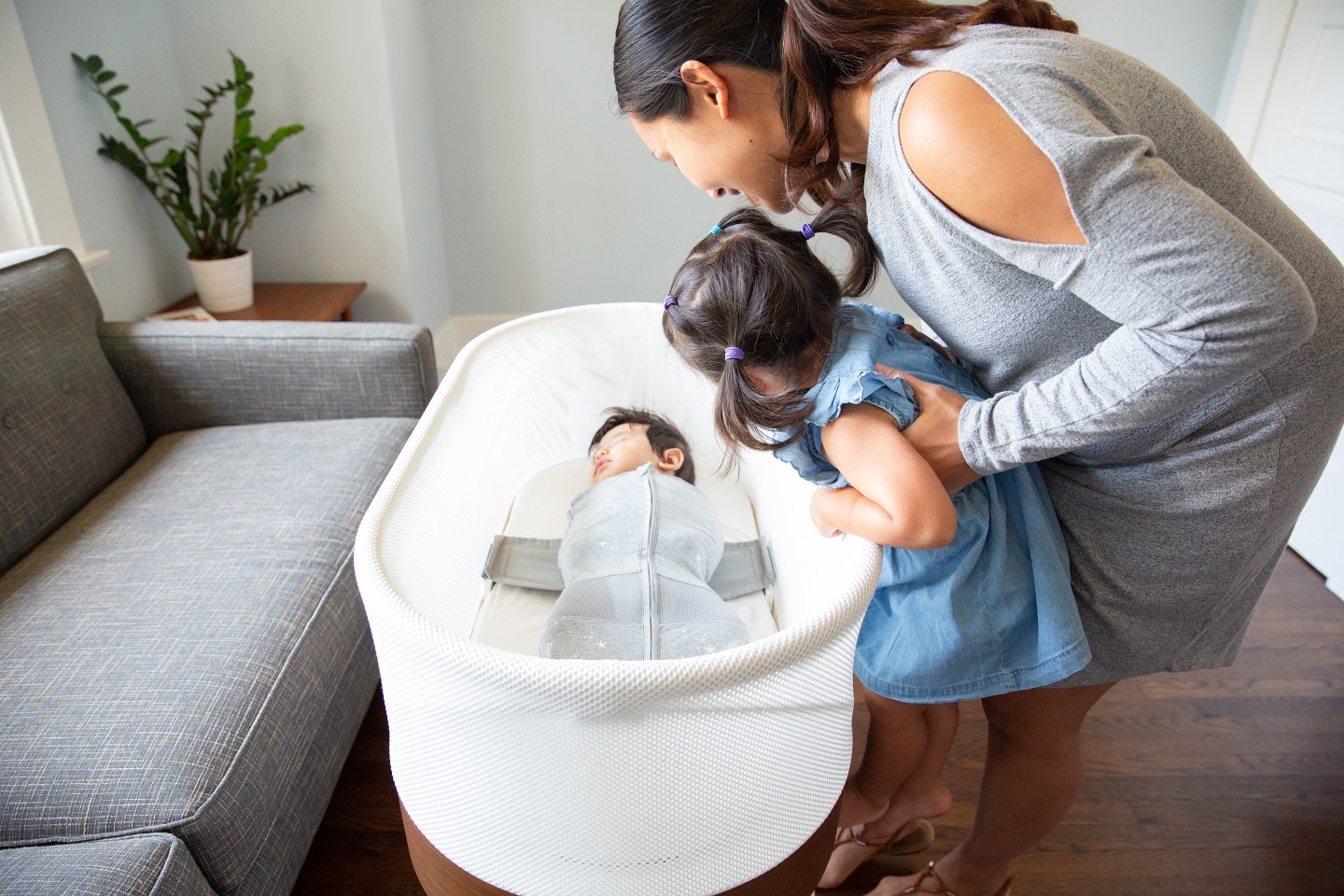 Dr. Harvey Karp may not have been able to predict the pandemic, nor the extent to which it would complicate the usual challenges of parenting a newborn, but he wasn’t surprised that his innovation has been a tremendous source of relief during this time.

The 70-year-old pediatrician, baby sleep expert, and founder of the Happiest Baby empire is behind the Snoo, the world’s first responsive baby bed, which launched in 2016 to rave reviews, high-profile clients, and financial backing from Jessica Biel and Justin Timberlake. In the past five years, the Snoo Smart Sleeper Bassinet has become the most awarded baby product in history and was recently accepted into the FDA’s Breakthrough Devices Program, where it is undergoing review as the first device to prevent the leading causes of sudden infant death syndrome (SIDS)—a preventable syndrome that continues to claim the lives of 3,500 babies in the U.S. annually.

While the smart bassinet is largely known as an at-home item used in the first months of a baby’s life, it has become a critical tool for hospitals—particularly at understaffed maternity wards where nurses and doctors continue to be hit by record numbers of COVID-19 cases. Currently, more than 75 hospitals are using Snoo—including Boston Children’s, Mount Sinai, Jefferson Health, and UCSF medical centers—some as part of research trials, others as a result of the company’s bed and appliance donations, worth more than $100,000, to alleviate the heavy burdens on medical workers.

The Snoo, which retails for $1,495 or $129 per month as a rental, automatically responds to a baby’s cries and excessive squirming by rocking and activating low-level white noise. When the baby quiets, the bed detects the change and slows to a swing. The bed—itself a beautiful Wi-Fi–enabled object designed by Yves Béhar of Fuseproject with an organic architectural mesh outer layer, sleek wood paneling, and hairpin legs—is the physical application of the “5 S’s,” a series of cues outlined in Dr. Karp’s bestselling book, The Happiest Baby on the Block, to ensure quality sleep. A mix of swaddling, positioning the baby on her side or stomach, shushing, swinging, and sucking is key to replicating the calming trance babies experience in utero.

“Babies are exposed to a symphony of sensations in the womb. The sounds are louder than a vacuum cleaner, and there is constant movement,” Dr. Karp tells Fortune, adding that “newborns need rhythmic stimuli as much as they need calories. It soothes them to sleep.” And longer, better-quality sleep for babies means more rest for parents.

Dr. Lauren Pioppo, chief resident in internal medicine at Rutgers Health RWJ Medical Center, whose department has been participating in a research study for trainees and fellows, trialed the bed after the birth of her first child last May. She insists it’s nothing short of a game changer.

“As both physicians and parents, we tend to be on the paranoid side. It gave me a lot of peace of mind knowing that my daughter was strapped in and I didn’t have to worry about her rolling or flipping or potentially having her face against the side,” she says. Babies are secured safely on their backs in the Snoo’s swaddle, while their heads remain free to move. If the wings of the swaddle aren’t properly locked in, the bassinet will not turn on. “It really took the place of me in the middle of the night. After feedings, she would fall back to sleep in less than two minutes. I only had to worry about feeding and changing her; there was no anxiety around sleep and how it would impact my shifts at work.”

That infant sleep continues to be a pressing concern can be traced to one of the many periods of shifting guidance from the American Academy of Pediatrics. In 1992, after reviewing updated research on SIDS, the academy began advising parents to put babies to sleep only on their backs. While studies indicate the number of SIDS cases was indeed cut in half as a result (but hasn’t dropped further in 20 years), it came at the cost of deteriorated sleep quality. And that, insists Dr. Karp, is a recipe for disaster.

“The three things that parents really need to focus on with newborns is calming the crying, getting them to sleep, and feeding. Everything else works itself out. But if they fail at one of those things, they feel desperate,” he explains. While some may balk at the idea of offloading the responsibility of night feedings or rocking one’s baby, whether that’s in the form of a night nurse or a robotic bed, it addresses a real scourge to new parents: “The dissolution of the extended family, which traditionally helped to raise children, has contributed to tremendous pressure on parents to do everything perfectly. But this, plus the lack of help, exhaustion, and a baby who is screaming and crying, can lead to postpartum depression and severe anxiety.” (CDC research has shown that about one in eight women nationally experience symptoms of postpartum depression).

That’s where the Snoo functions as an extra pair of hands. According to Dr. Karp, the data drawn from 42,000 infants using the Snoo demonstrate they will sleep an extra hour or two on average from their first days of life. Being able to rely on a tool that responds to an infant’s needs has proved invaluable during the pandemic, as hospitals have been forced to limit nurse exposure to newborns and mothers as well as forgo volunteer cuddle programs (which provide comfort and skin-to-skin contact to premature babies and drug-exposed infants), and new parents go without at-home caregivers owing to social distancing—an additional burden.

Based on a company survey of 56 nurses across nine hospitals conducted from April to June 2020, the Snoo saves nurses 1.7 hours per shift each day, allowing them to focus on other tasks. What’s more, it reduces the rate of infection as well as the amount of personal protective equipment (PPE) required for a patient’s stay.

If all goes according to Dr. Karp’s plan, the Snoo will soon become a fixture of all homes and hospitals. It has proved itself so effective that it is currently being studied to see if it can reduce the incidence of postpartum depression and speed up the recovery of infants born with opioid dependence. But there is still the issue of cost.

“It’s true, you have to be a bit well-off to buy one,” Dr. Karp admits, adding that a night nurse would still cost more. “But that’s why we knew from the beginning that we’d go into rentals: to reach the largest number of people.” As of now, half of all Snoo consumers in the U.S. are renters, and more than 50 major companies subsidize the product as an employee benefit, including Facebook, Activision Blizzard, and Snap, where it is considered a top new parent perk. The next step is getting insurance companies to cover the cost entirely.

“Babies are the same everywhere,” says Dr. Karp, matter-of-factly. “I truly believe this has the potential to change the world.”