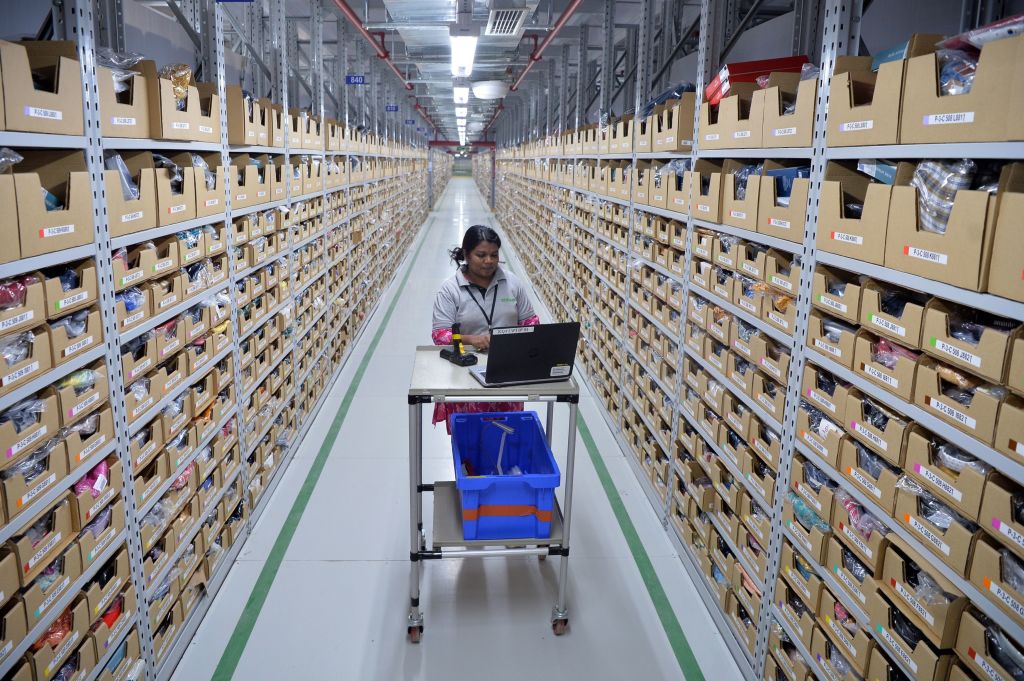 An employee of Amazon India retrieves products from an assorted storage area to fill orders placed by customers prior to packaging at Amazon’s newly launched fulfillment center on the outskirts of Bangalore on Sept. 18, 2018.
MANJUNATH KIRAN—AFP/Getty Images

E-commerce giant Amazon scored a major win in India on Tuesday as a New Delhi court ruled in Amazon’s favor in its prolonged legal battle against India conglomerate Reliance Industries.

Justice J.R. Midha of the High Court in New Delhi issued the ruling, saying that his court agreed with an October 2020 ruling from the Singapore International Arbitration Centre (SIAC) that blocked the deal.

Midha said that the SIAC’s order was “enforceable” and directed Future Group to “maintain the status quo,” meaning it cannot go ahead in selling its business to Reliance.

The SIAC had agreed with Amazon’s claims that Reliance should be barred from acquiring Future Group because of a previous contractual arrangement between Amazon and Future Group. In 2019, Amazon acquired a 49% stake in Future Coupons, a division of Future Group, and Amazon claimed that the deal included a noncompete clause that would bar the Reliance takeover.

Future Group, meanwhile, has argued that the Reliance deal does not violate its terms with Amazon and the SIAC ruling doesn’t apply to Indian soil because it was issued in Singapore.

The Future Group was not pleased, saying that it would “explore all legal remedies” in response to the New Delhi court’s decision.

The court battle between Amazon and Reliance is likely not over and is representative of a greater struggle between the two giants over India’s retail sector.

Amazon now has a 31% stake in India’s e-commerce market but faces intense competition from local startups like Walmart-backed Flipkart and Reliance-owned Jio Mart, which launched services in May 2020.

Reliance Industries, on the other hand, is currently pivoting from oil, gas, and petrochemicals into retail, e-commerce, and other technology-driven products. Reliance’s acquisition of Future Group would not only expand the company’s brick-and-mortar footprint but also provide a boost to Jio Mart given Future’s supply chain and logistics networks.

The battle will likely prove a major test for both Reliance Industries CEO Mukesh Ambani and incoming Amazon CEO Andy Jassy, who will take over running Amazon’s day-to-day operations in the third quarter after a longtime stint as the head of Amazon Web Services.

On Tuesday, Amazon founder Jeff Bezos announced that he would step down from his role as CEO later this year, but he will stay on as executive chairman to pursue projects related to Amazon and his other holdings.