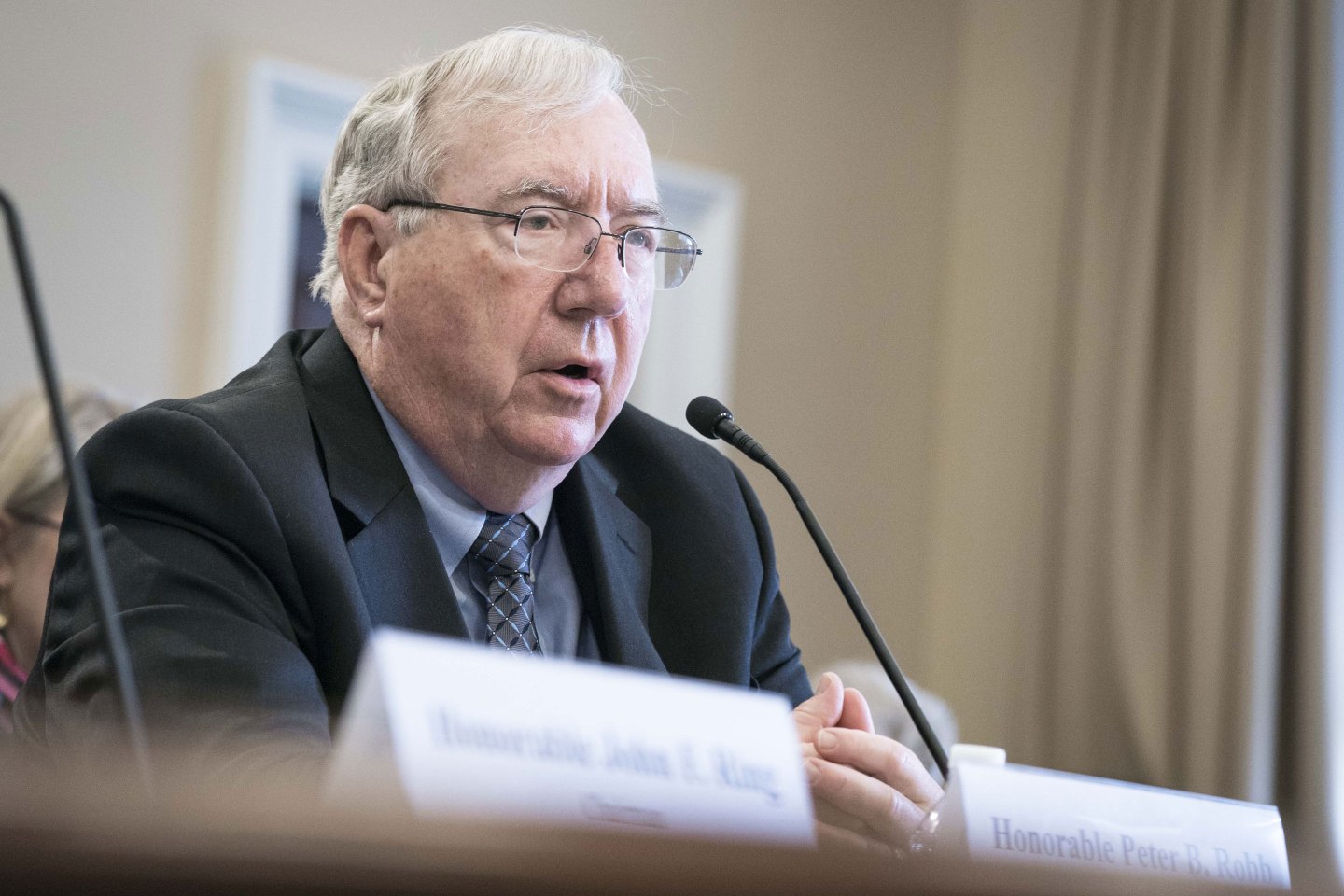 Peter Robb, general counsel of the National Labor Relations Board (NLRB), whose resignation was demanded by President Biden on Inauguration Day. “The whole point of independent federal agencies is that they are supposed to be free from exactly this type of political pressure,” writes Sean Higgins.
Sarah Silbiger—Bloomberg/Getty Images

One of Joe Biden’s first acts as President of the United States, the removal of National Labor Relations Board (NLRB) general counsel Peter Robb, was probably unconstitutional. It was certainly highly unethical. Biden fired Robb despite the NLRB being an independent federal agency. And Biden apparently did it because his union friends don’t like Robb.

The NLRB might not be that well known, but it is an important agency. The NLRB, not the Labor Department, enforces federal law relating to unions and violations of worker rights. The NLRB’s “general counsel” is not, as the title might imply, just a lawyer for the agency, but its head. And he or she is not supposed to serve at the pleasure of the President.

Nevertheless, shortly after Biden was sworn in Wednesday, the new administration sent Robb a letter demanding his resignation. Robb refused to step down, noting he still had 10 months left to serve in his term. He warned the White House in a letter that his removal would create an “unfortunate precedent” that would “permanently undermine” the board.

“Such action undermines Congress’s intent that the Office of the General Counsel be independent of the Board and the Executive Branch,” Robb told the White House. The Biden team nevertheless forced Robb to go.

Biden’s union allies exulted at the news. Robb had pushed the NLRB to serve as a neutral arbiter in labor disputes. Union leaders, by contrast, want the board to be explicitly pro-labor. “Robb’s firing is the critical first step toward restoring an NLRB that understands that the purpose of the National Labor Relations Act (NLRA) is to encourage collective bargaining and prevent the abuse of corporate power,” said Chris Shelton, president of the Communications Workers of America, in a statement that also called Robb a “professional union buster.” Richard Trumka, president of the AFL-CIO, echoed Shelton’s comments.

Labor leaders would prefer to have a general counsel like President Obama’s last two picks, Lafe Solomon and his successor, Richard Griffin. Both were known for pursuing novel interpretations of existing labor rules. They were free to do this because the NLRB’s general counsels do not operate at the direction of the board and have “final authority” under the NLRA to pursue cases and issue complaints. Solomon pushed a case against Boeing in 2011 for trying to open a factory in right-to-work South Carolina. He argued this was retaliation against unionized workers in Washington state even though none had been laid off. He demanded Boeing abandon a $2 billion investment and move all production to Washington state. The NLRB dropped the case when Boeing settled with the union in late 2011.

Griffin pursued a case against McDonald’s in 2014, claiming it was responsible for labor violations at its franchise locations. The vast majority of those restaurants are privately owned businesses that merely rent out the corporate brand. Griffin concluded this was enough to make the corporation a “joint employer” that was legally responsible, a potential precedent that had other franchising corporations deeply worried. The case was settled in 2019—well after Griffin’s term expired and Robb became general counsel—without McDonald’s being deemed a joint employer.

Had Robb stuck to his guns and refused to leave, he would have been on very solid legal ground. The whole point of independent federal agencies is that they are supposed to be free from exactly this type of political pressure. Union leaders like Shelton or Trumka are not supposed to have any sway. Nor are corporate leaders, for that matter.

In a 2001 Harvard Law Review article, Elena Kagan—then a law professor, now a Supreme Court Justice—repeatedly defined entities like the NLRB as “agencies whose heads the President may not remove at will.” Kagan noted, “Accepted constitutional doctrine holds that Congress possesses broad, although not unlimited, power to structure the relationship between the President and the administration, even to the extent of creating independent agencies, whose heads have substantial protection from presidential removal.”

That’s not to say that the NLRB or similar agencies cannot be influenced. The National Labor Relations Act says, “There shall be a General Counsel of the Board who shall be appointed by the President, by and with the advice and consent of the Senate, for a term of four years.” So the President can exercise influence through a nomination to fill a vacant seat. The Senate can exercise its influence by confirming or rejecting that person. But once they are in, they’re supposed to be allowed to do their job without interference. Nothing in the National Labor Relations Act, which created the board, says that the general counsel serves at the pleasure of the President or can be removed before his or her term expires.

The caveat here is that the Supreme Court hasn’t exactly been crystal clear on the limits of the White House’s power to remove federal officials. Most existing legal precedents indicate that the President’s power to fire doesn’t extend to independent agencies, but that hasn’t been tested under the current court.

It’s not clear how Biden’s action can be legally challenged. Until Wednesday, it had literally never happened at the NLRB. Even President Trump allowed the board’s Democratic appointees to serve out their terms. “Is Peter going to challenge this? Go into his own pocket to bring an action to contest it? I don’t know,” Michael Lotito, a management-side attorney for the firm Littler Mendelson, told Bloomberg.

Robb’s firing is a pretty clear sign that for all the talk about healing the nation’s division, the Biden administration will be in the business of rewarding its friends and punishing its opponents. And it won’t let little things like the letter of the law get in the way.

Sean Higgins is a research fellow specializing in labor policy at the Competitive Enterprise Institute, a free market public policy organization based in Washington, D.C.