A 6-point agenda for a New America under President Biden 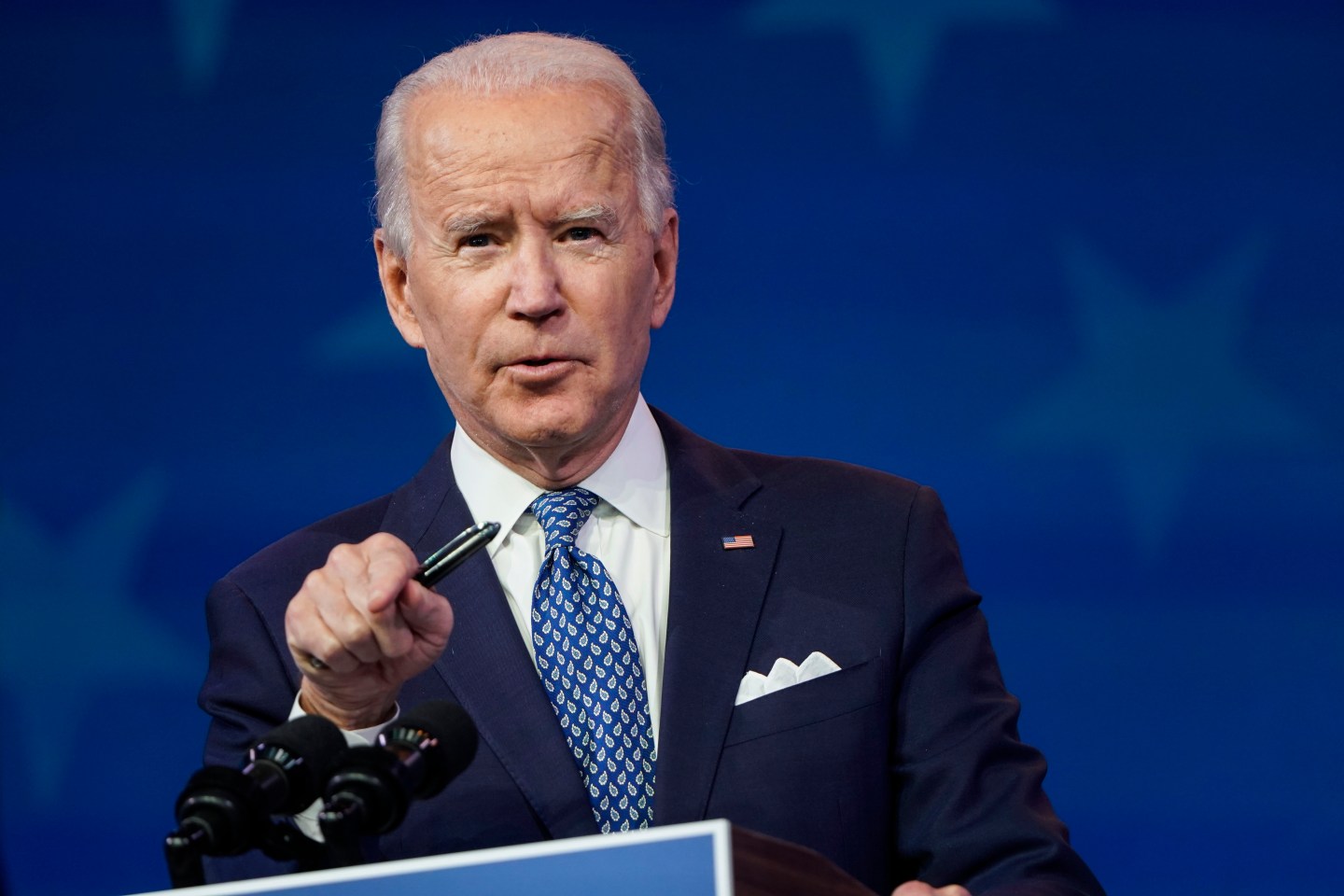 The year 2020 will go down in history as the most difficult in America’s 244-year history as a democracy. COVID-19 has killed 400,000 Americans, ending the year less under control than ever. The American economy shed 9.4 million jobs. The killing of George Floyd in Minneapolis triggered protests and riots across the country. And the new year started out with the startling insurrection at the U.S. Capitol, during which rioters tried to prevent the certification of electoral college votes that elected Joe Biden as President.

Even in these recent events there are glimmers of hope. American democracy held. Biden will become President on Wednesday. The insurrectionists will not be able to interfere again, with 25,000 troops on guard for his inauguration. As President, Biden can restore America’s values while overcoming the crises that dragged America down this past year.

What should his agenda be for the “New America”? It cannot mean going back to 2019 or 2016. Too much has changed for America to pick up where President Obama left off. This is America 2021, and we must confront today’s challenges with a new plan of action.

Biden has already proposed a $1.9 trillion stimulus package to stop COVID-19’s spread. The package proposes getting Americans vaccinated, increasing one-time stimulus checks from $600 to $2,000, and providing $400 a month in enhanced unemployment benefits, as well as financial aid to schools to reopen safely. As he brings COVID-19 under control, Biden faces the enormous task of uniting a nation torn apart by the Jan. 6thinsurrection, an electorate split between warring camps, a sinking economy, and legitimate claims for racial justice.

But to restore the nation, President Biden needs to look beyond these immediate crises to address their underlying root causes. Here are six recommendations:

After America gets COVID-19 under control, our first priority should be to honor frontline workers who emerged as heroes of the pandemic, by restoring jobs and increasing wages and benefits. For the past two decades we have done just the opposite, demeaning the worth and depressing the wages of skilled people without college degrees. In real terms their incomes have declined, jobs have disappeared as America lost its manufacturing advantage, and many workers have been unable to keep up with rapid changes in technology.

Raising the federal minimum wage, which has been stuck at $7.25 per hour for a decade, to $15.00 is an essential starting point. Then we need to revamp our education system by providing, free of charge, post-secondary vocational education to enable workers to gain the skills required to compete globally. The business community and local governments should work together to retrain existing workforces as well as new employees to prepare for jobs of the future. These changes will help ameliorate America’s growing income inequality.

Past presidents talked about improving America’s crumbling infrastructure, but none created long-term plans to do so. Biden’s plan needs to go well beyond improving roads, bridges, and railroads, to create an energy grid to transport renewable energy and electricity throughout the nation. It also must include upgrading broadband communications so that people living in rural areas and small towns have equal access to high-speed Internet. These two actions will enable more people to work remotely outside major metropolitan areas and accelerate wind and solar energy usage.

Since there will likely be future pandemics, America needs to fund both ongoing vaccine research and private production facilities to produce vaccines rapidly in large quantities. Most importantly, Biden should focus Americans on improving their own health through better diets, more exercise, reduced stress, and lower rates of smoking, and alcohol and drug usage.

The underbelly of America’s failures to provide equal justice under the law have been fully exposed in recent years. Police brutality against Black Americans, vividly demonstrated in the killing of George Floyd by Minneapolis police, is against all American ideals. So is banning people from Muslim countries from entering America. We must provide equal treatment for Blacks and other people of color — in voting rights, in employment, in policing, and in ensuring safe neighborhoods. Legal immigration should be expanded through H-1B visas to enable talented immigrants to flourish in America, as they have done for 244 years. We also need to address illegal immigration with a long-term path to citizenship, while permitting children born in this country to immigrant parents to reside here.

With the rapid advance of global warming and its negative consequences, America should incentivize companies and individuals to reduce their carbon footprint by taxing carbon usage. The latter will generate funding for research into new sources of renewable energy including biothermal, algae and other plants, as well as solar and wind. A carbon tax would also fund infrastructure upgrades to the energy grid. The declining cost of renewable energy combined with taxing carbon-based energy will shift the economics of energy usage while improving the environment.

America must upgrade its research and development capabilities for emerging technologies like 5G and advanced manufacturing, to enable our companies and their workers to compete in today’s free trade environment.

Pulling the nation together

President Biden’s inauguration represents the dawn of a new age—one many Americans are eager to begin. The new president should seize the moment and set clear priorities to prevent his agenda from getting bogged down. The primary drawback is their high cost. These will increase an already large national debt, which has grown by $5.5 trillion over the last four years. However, these changes are urgently needed now for the American economy to prosper, and they offer long-term returns in terms of increased employment, greater taxes paid, and lower health care costs, which help bring our deficit under control.

Business leaders and politicians need to support President Biden in moving quickly to restore America’s economic vitality. There is no time to waste.

Bill George is senior fellow at Harvard Business School and former chair and CEO of Medtronic. He is the author of Discover Your True North.