The lesson from the botched COVID vaccine rollout: Sometimes you need ‘Big Government’ 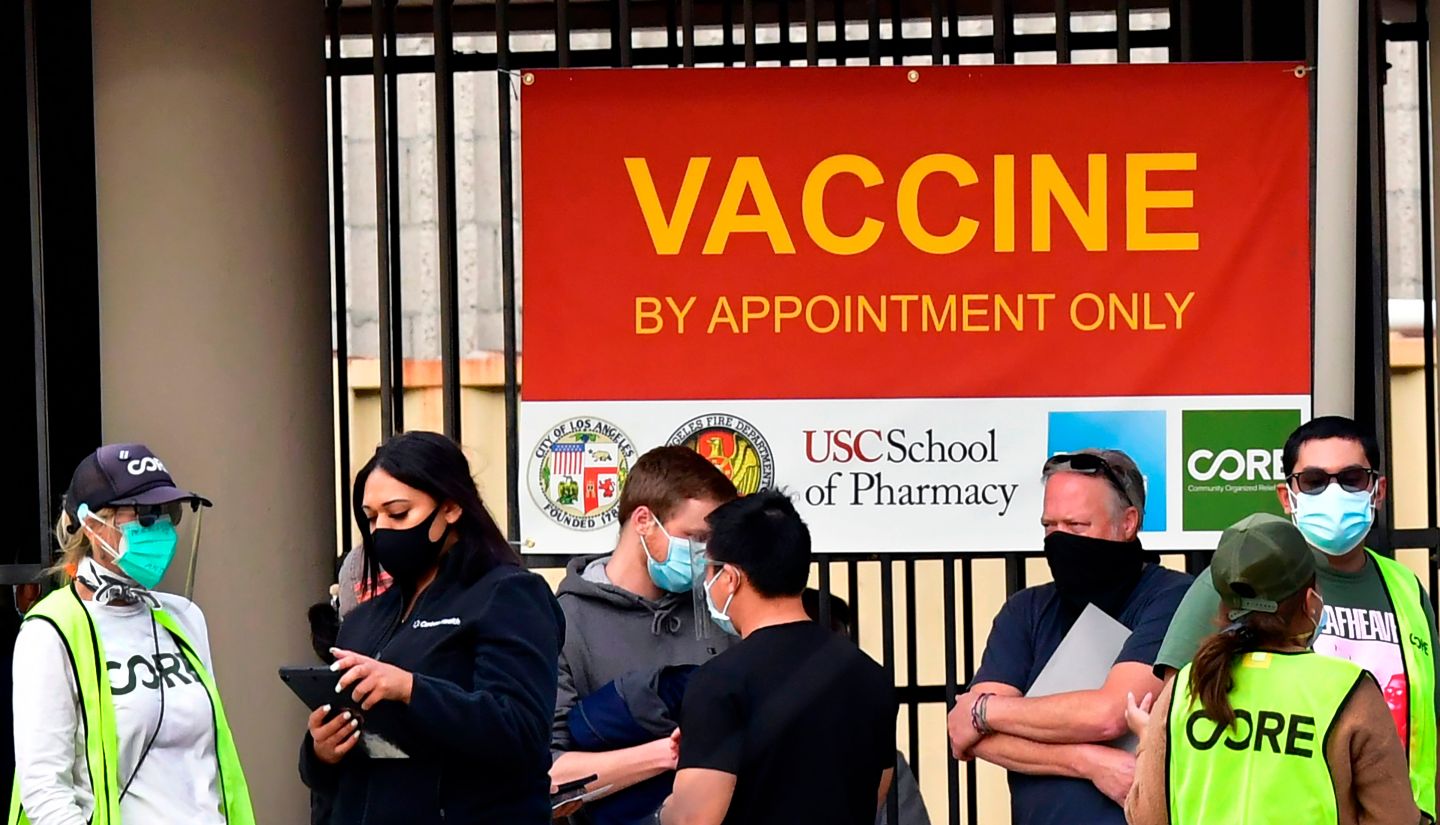 People wait for injections at a vaccination facility in Los Angeles on Jan. 12. In the COVID vaccine rollout, write the authors, “the vacuum of guidance from the top means we all suffer—and some of us die.”
(Photo by FREDERIC J. BROWN/AFP via Getty Images)

The disarray of the U.S. SARS-CoV-2 vaccine rollout and distribution will likely result in tens or even hundreds of thousands of unnecessary deaths. The vaccines are highly effective, yet millions of doses remain sitting in coolers in hospitals around the country. How is this possible? Why aren’t they sticking needles into arms literally the minute the vaccine coolers roll off the trucks?

The answer goes back to Ronald Reagan: It’s the mistrust of Big Government.

The U.S. has long enjoyed a healthy dose of skepticism towards government solutions. Yet we owe our existence as a nation to Big Government. Prior to the formation of the Continental Army and the decision by the founding states to allow the newly created federal government to raise funds for that army, the early Colonial soldiers were destitute, hungry, and poorly equipped. Loans from other foreign governments and federal bonds—other manifestations of Big Government—also helped. We didn’t defeat Adolf Hitler by hoping that each state could supply enough troops and that their radio systems would communicate with each other. And we didn’t finance World War II by asking each state to pony up. Rather, the federal government issued national war bonds. Wars have traditionally been a job for Big Government, and rightly so.

National emergencies that require top-down decisions on key matters have almost always gone better when Big Government stepped in to take charge. This extends into the public health realm. The victory over smallpox was a product of Big Government, with a centralized plan to eradicate that scourge. We did not make progress towards clean water and clean air without Big Government intervention. The acid rain crisis was addressed through market forces—but those forces were brought to bear by Big Government and the Environmental Protection Agency through the organization and enforcement of emissions markets and penalties. State-by-state laws on the pollutants causing acid rain would not have worked nearly as well, particularly since the causes of acid rain were Midwest power plants while victims were mainly East Coast states.

Ronald Reagan famously said, “The nine most terrifying words in the English language are ‘I’m from the government, and I’m here to help.’” This quote has animated much of conservative thinking ever since. The idea that Big Government is invariably intrusive, incompetent, and unnecessary became a key principle that nearly every conservative lawmaker had to recite and pay fealty to.

Reagan was a product of his time and place. He was reacting to a Soviet menace and the clear failure of centralized economic planning that ultimately destroyed the Eastern Bloc. Reagan was also tapping into a long-held American frontier ethos that holds that people can and almost always should do it themselves without government interference. Yet Reagan himself pushed for and oversaw a broad military expansion, a clear manifestation of Big Government. In point of fact, Big Government was fine if it fit the political mold of military need.

This outmoded way of thinking is now hurting our nation in its hour of greatest need. The federal government waited until this week to provide even basic guidance to states on how to distribute vaccines, and even now many questions remain unanswered. States, in turn, have provided only light guidance to hospitals. Hospitals have frozen, like deer in the headlights, and put in place questionable policies.

This debacle cries out for guidance and simplicity. Vaccinate all health care workers first. Those who refuse the vaccine now can receive it in the future, but for now their dose will be immediately released for others. Vaccinate everyone over 65. Vaccinate all frontline workers and make sure first responders, transit workers, and workers in supermarkets are included in the definition. Require proof of employment but don’t be precious about it. The perfect is the enemy of the good, and “good enough” is much better than letting vaccines go bad, as is currently happening.

The vacuum of guidance from the top means we all suffer—and some of us die. In a time of national crisis, the five scariest words are “Figure it out for yourself.” We are learning that Hobbesian truth firsthand, and it is literally killing us.

Vivek Wadhwa and Alex Salkever are coauthors of From Incremental to Exponential: How Large Companies Can See the Future and Rethink Innovation, a new book on how companies can thrive in this era of rapid change.