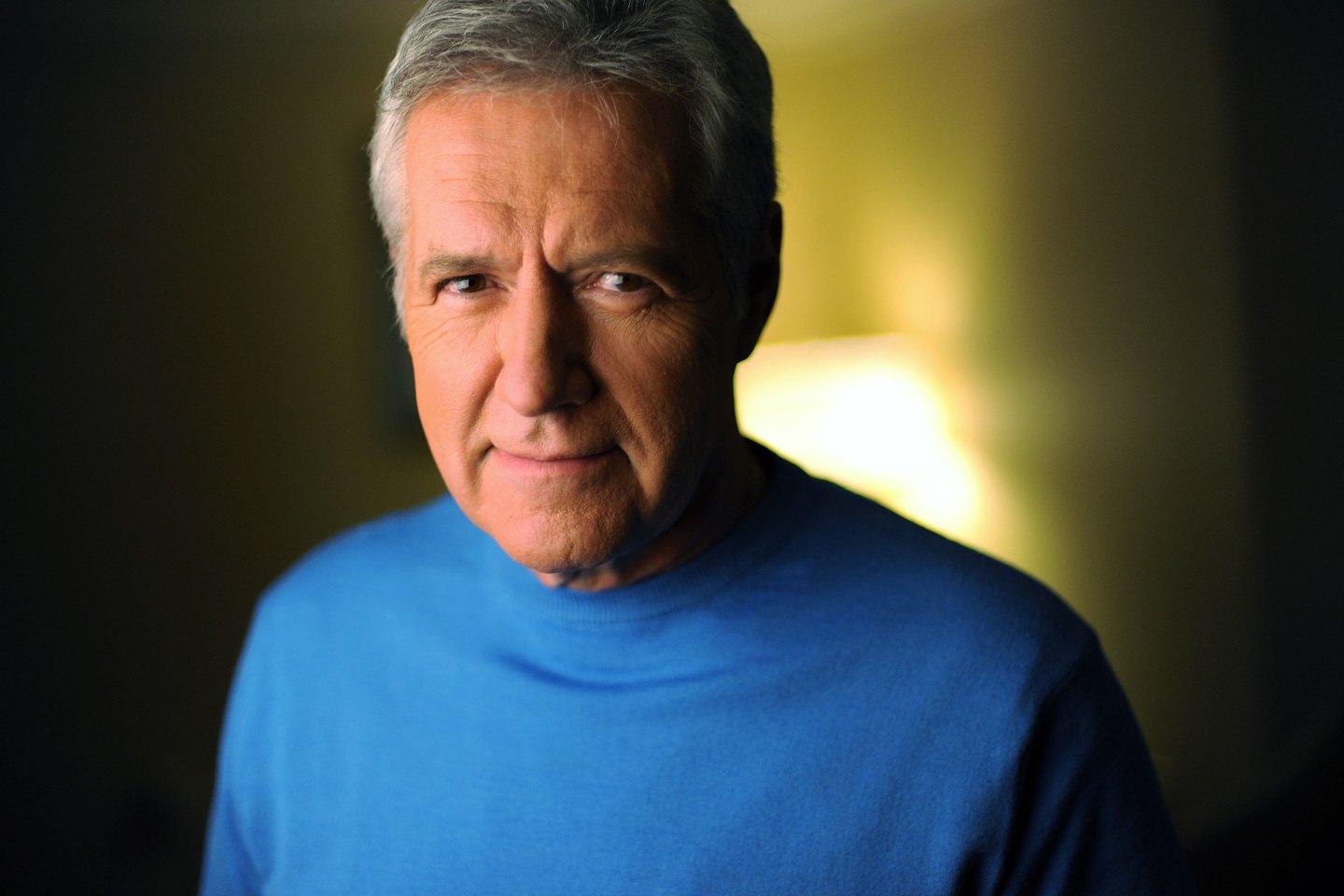 Alex Trebek, seen here in 2012, has been the host of the syndicated game show Jeopardy! since 1984.
Astrid Reicken For The Washington Post via Getty Images

In a world full of uncertainty and chaos, there is calm in simple trivia and facts.

That has always been one of Jeopardy’s main selling points. For 37 years, viewers could also find comfort in knowing that Alex Trebek—the man who became synonymous with the No. 1–rated quiz show—could always be found behind the podium with his index cards and unflappability.

Tonight, Trebek fans will see his last show. Trebek died in November after being diagnosed with pancreatic cancer in March 2018. After the diagnosis, Trebek, who was very public about his battle with the disease, continued to host the show for the next year and a half. He wrapped filming on Oct. 29, 2020; no one knew then it would be his last day in the studio.

Jeopardy! has not yet named a permanent replacement for Trebek, but next week guest hosts from what the show calls “within the Jeopardy! family” will take over. The show’s executive producer, Mike Richards, has said that Trebek believed in the importance of Jeopardy! and “always said that he wanted the show to go on after him.”

Trebek died at age 80 on Nov. 8, 2020, after battling pancreatic cancer. Here, people stop by a makeshift memorial on the Hollywood Walk of Fame in Los Angeles.
Mario Anzuoni—Reuters
During college in his native Canada, Trebek needed money to pay his tuition and got a job at the Canadian Broadcasting Corporation, which gave him a hosting gig after graduating. He moved to the U.S., hosting shows including “High Rollers” in 1975 (left) and “Classic Concentration” in 1988 (right).
NBCU Photo Bank/NBCUniversal via Getty Images via Getty Images
Trebek started hosting Jeopardy! in 1984, presiding over every episode since then except on April Fool’s Day in 1997, when he swapped with the host of “Wheel of Fortune.”
PictureLux/The Hollywood Archive/Alamy Stock Photo
Trebek had a cameo in a 1990 episode of “Cheers” in which Cliff Clavin (John Ratzenberger, right) appears as a contestant on Jeopardy!, only to blow a huge lead by missing the final question—a move that became known as “pulling a Cliff Clavin.”
Kim Gottlieb-Walker—NBCU Photo Bank
Trebek appeared in a 2002 episode of “Saturday Night Live” to commiserate over the ignorance of the celebrity guests with comedian Will Ferrell, who had imitated Trebek on the show for years.
Mary Ellen Matthews—NBCU Photo Bank/NBCUniversal/Getty Images
Trebek led over 8,200 episodes of Jeopardy!—a Guinness World Record for hosting the most episodes of a single game show—and won seven Daytime Emmys.
E. Charbonneau—WireImage for Columbia TriStar Home Entertainment
Trebek with Jeopardy! champion Ken Jennings, who won a record 74 consecutive games. Jennings will be the show’s first interim host starting next week.
Eric McCandless—ABC via Getty Images
In 2017, Trebek, who was born in Ontario, was named an officer of the Order of Canada, the country’s second-highest civilian honor. He is seen here in 2016 with Canadian Prime Minister Justin Trudeau.
Sean Kilpatrick—The Canadian Press via AP
Flowers left on Trebek’s star on Hollywood’s Walk of Fame after the announcement of his death on Nov. 8. Trebek is one of the few celebrities to have a star on both the Hollywood Walk of Fame and the Canadian Walk of Fame.
Aaron P—Bauer-Griffin/GC Images