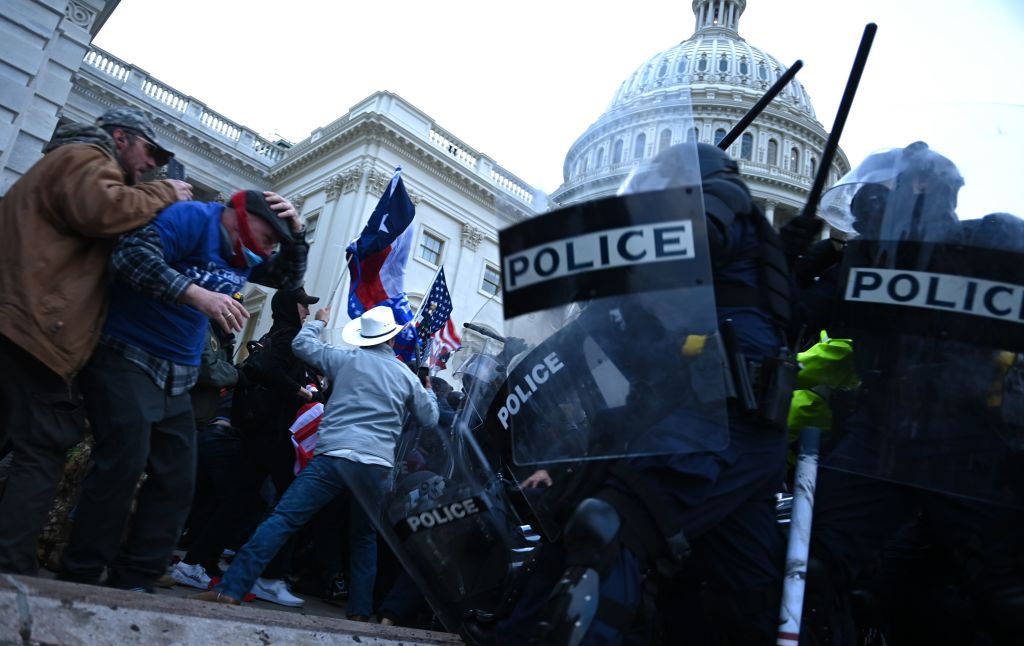 Trump supporters clash with police and security forces, as they storm the U.S. Capitol in Washington, DC, on Jan. 6, 2021.
BRENDAN SMIALOWSKI/AFP via Getty Images

A woman who was shot inside the U.S. Capitol during the violent pro-Trump protest has died.

That’s according to two officials familiar with the matter who spoke to The Associated Press on Wednesday on condition of anonymity because they weren’t authorized to speak publicly.

The Metropolitan Police Department said it was taking the lead on the shooting investigation. Police did not immediately provide details about the circumstances of the shooting.

Dozens of supporters of President Donald Trump breached the security perimeter and entered the Capitol as Congress was meeting, expected to vote and affirm Joe Biden’s presidential win. They were seen fighting with officers both inside the building and outside.

Hours later, police had declared the Capitol was secured.