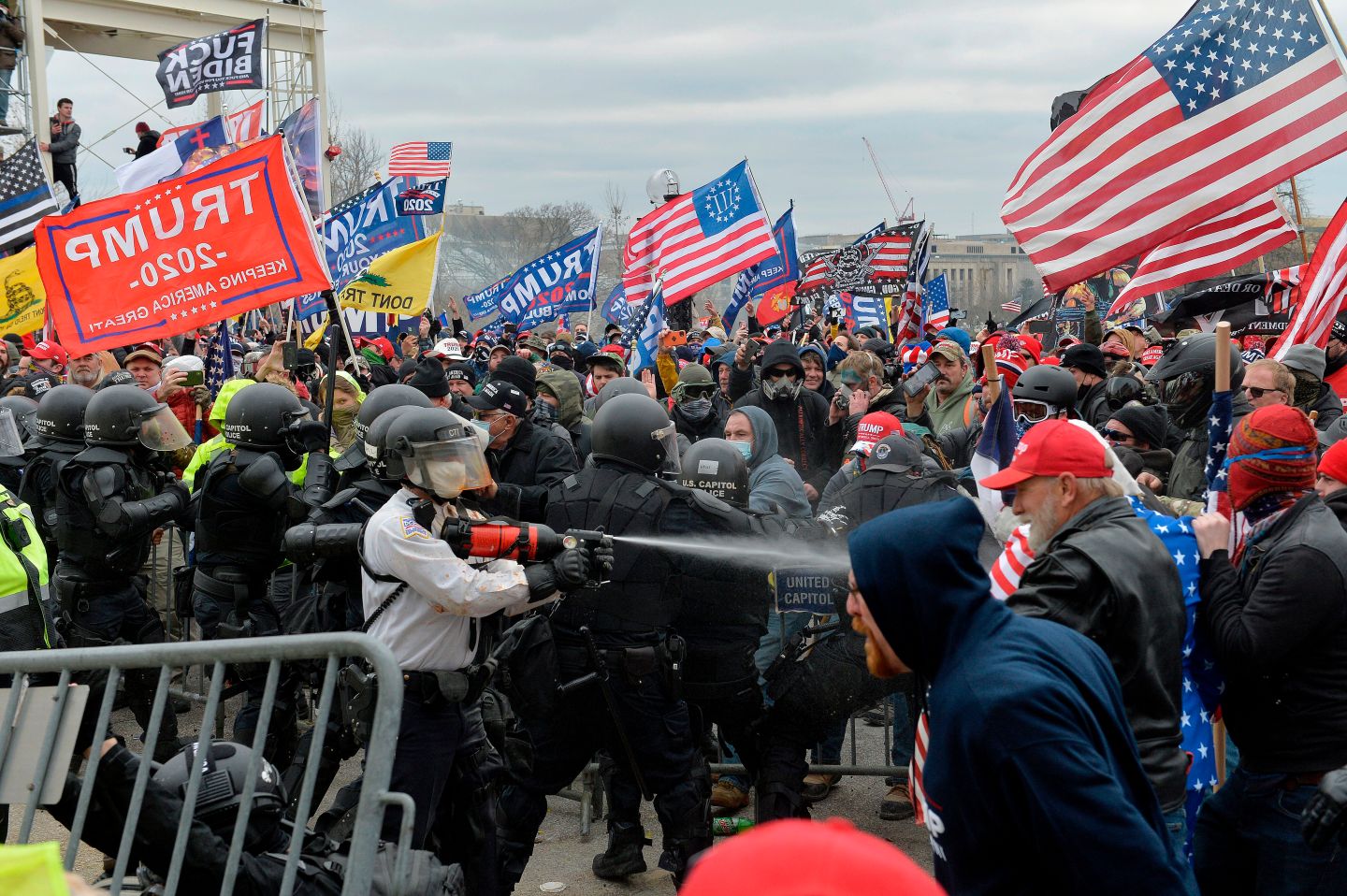 Trump supporters clash with police and security forces as they try to storm the US Capitol in Washington, DC on January 6, 2021. - Demonstrators breeched security and entered the Capitol as Congress debated the a 2020 presidential election Electoral Vote Certification.

One person has been shot at the U.S. Capitol as dozens of supporters of President Donald Trump stormed the building and violently clashed with police.

That’s according to a person familiar with the matter who spoke to The Associated Press on Wednesday on condition of anonymity amid a chaotic situation.

The exact circumstances surrounding the shooting were unclear. The person said the victim had been taken to a hospital. Their condition was not known.

The shooting came as dozens of Trump supporters breached security perimeters and entered the U.S. Capitol as Congress was meeting, expected to vote and affirm Joe Biden’s presidential win. Trump has riled up his supporters by falsely claiming widespread voter fraud to explain his loss.