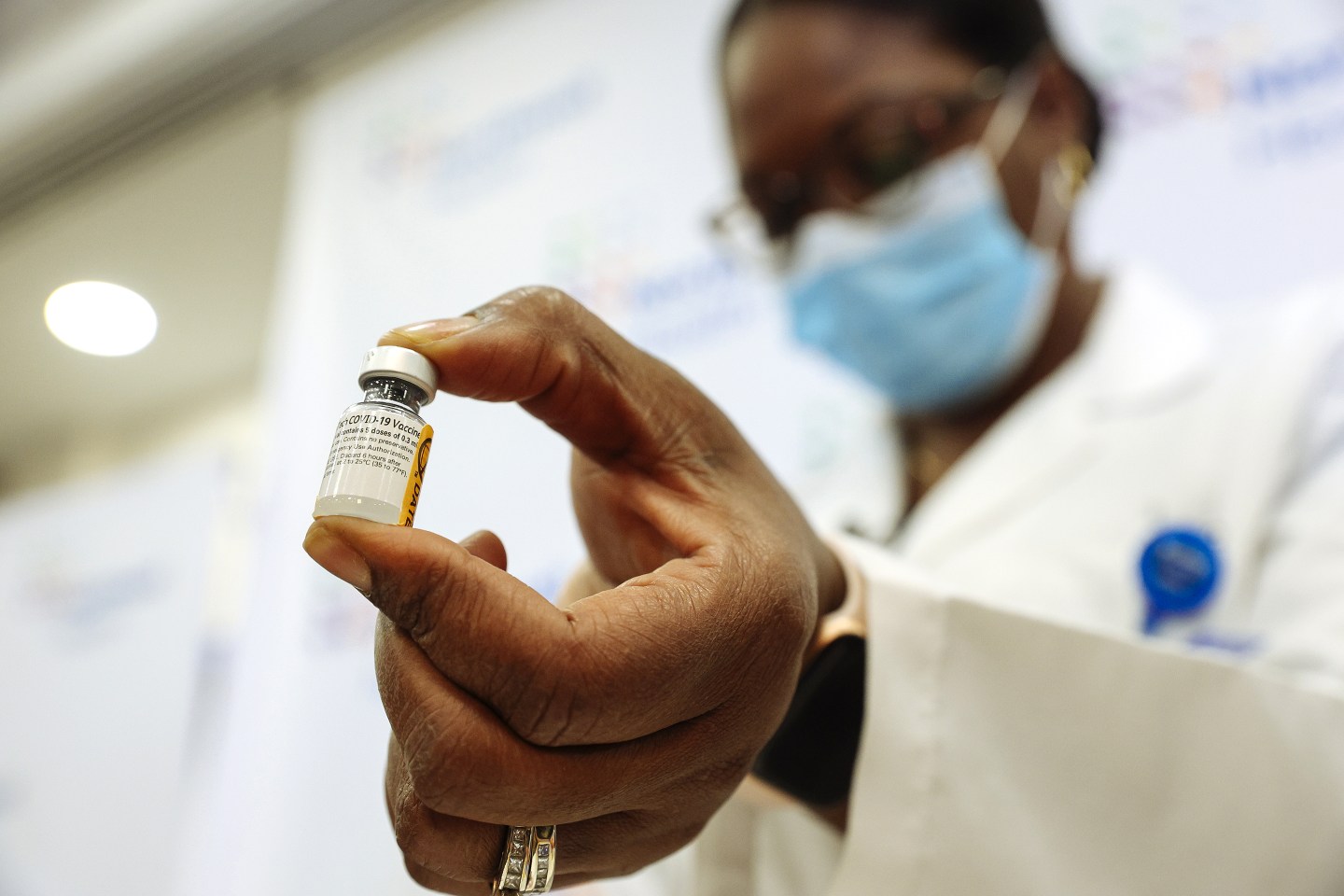 Monday was a momentous day in the fight against the coronavirus pandemic in the U.S. As the nation surpassed the grim milestone of 300,000 deaths from COVID-19, some Americans began receiving Pfizer and BioNTech’s vaccine, which earned emergency approval from the Food and Drug Administration on Friday.

As anticipated, high-risk health care workers are the first in line for inoculations; Sandra Lindsay, an intensive care nurse at Long Island Jewish Medical Center in Queens, N.Y., is believed to be the first American to receive the vaccine outside of a clinical trial. After frontline health care workers, nursing home residents—who have accounted for a disproportionate number of COVID-19 deaths—are expected to be next in terms of priority. The vaccine likely won’t be available to the vast majority of Americans until next spring at the earliest, according to government officials.

Still, the relief comes not a moment too soon. Coronavirus cases and deaths continue to escalate across the country, forcing many states to reinstitute lockdown measures that have already devastated huge swaths of the American economy. Health officials fear that the situation will only get worse over the course of the winter, and continue to warn Americans to wear face masks, avoid indoor and group gatherings, and practice social distancing.

But the arrival of the Pfizer/BioNTech vaccine, as well as the pending approval of Moderna’s own COVID-19 shot, offers hope to a nation whose very way of life has been upended by a once-in-a-century pandemic. With hundreds of sites across the U.S. set to receive the vaccine this week, the beginning of mass inoculations indicates that the tide may be turning against the virus—and that an end to all the death and economic devastation, and a return to normalcy, may finally be on the horizon.

Below, some images from the first day of the historic vaccine rollout in the U.S.: