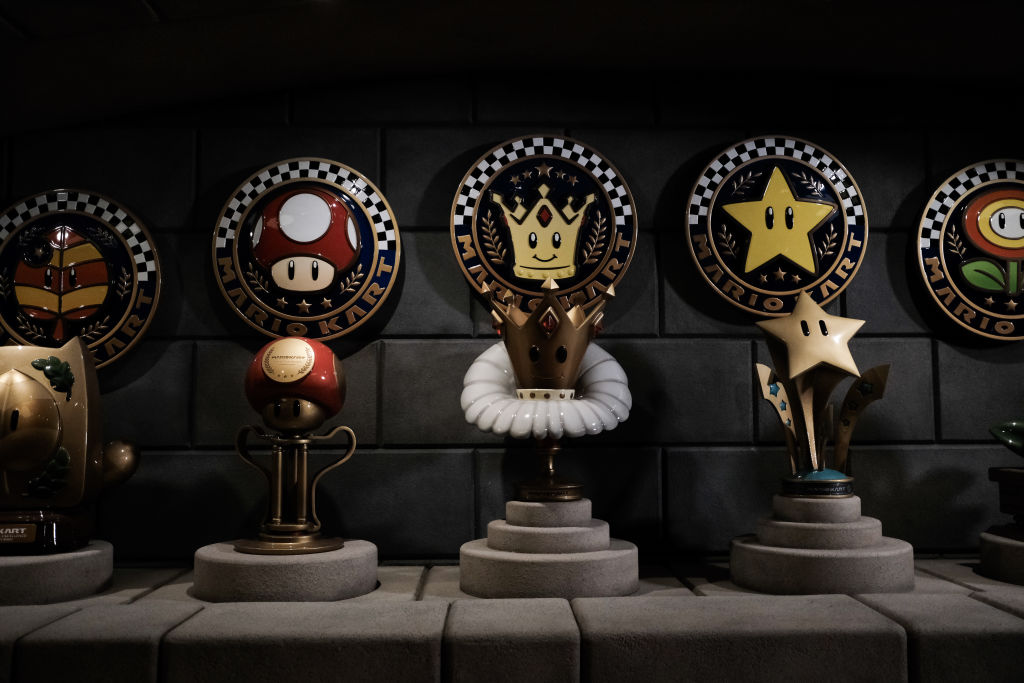 Super Nintendo World, built on the existing Universal Studios Japan site, is envisioned as a life-sized replica of Nintendo Co.’s most popular games with rides, shops and walk-through activities. One of the first attractions will be a Mario Kart ride inside a recreation of Bowser’s Castle. Borrowing an idea from the Super Mario franchise, visitors can collect virtual coins by wearing a dedicated wristband as they explore the area and interact with park features via a Switch console.

The showcase is one of the largest projects ever conceived by the Osaka-based amusement park operator, which invested more than 60 billion yen ($578 million). It was originally slated for a summer opening but got postponed during the pandemic. Its kick-off could still get pushed back, as Japan grapples with a fresh outbreak and Osaka, where the park is located, becomes one of the nation’s worst-affected cities.

A lot is riding on Super Nintendo World as the theme-park industry struggles with falling revenue and Japan debates whether to promote domestic tourism. Walt Disney Co. is cutting jobs while Comcast Corp.’s NBCUniversal, the owner of the Osaka park, is suspending plans to open another Nintendo area within its Orlando location. Universal Studios Japan is also operating at half its full capacity to help curb the spread of the virus.

The project, which licensed characters from Nintendo, is part of efforts by the Kyoto-based games company to broaden its franchises beyond console players. Movies, merchandise stores and smartphone apps are all designed as a hook to lure new users to buy game-dedicated machines and software.