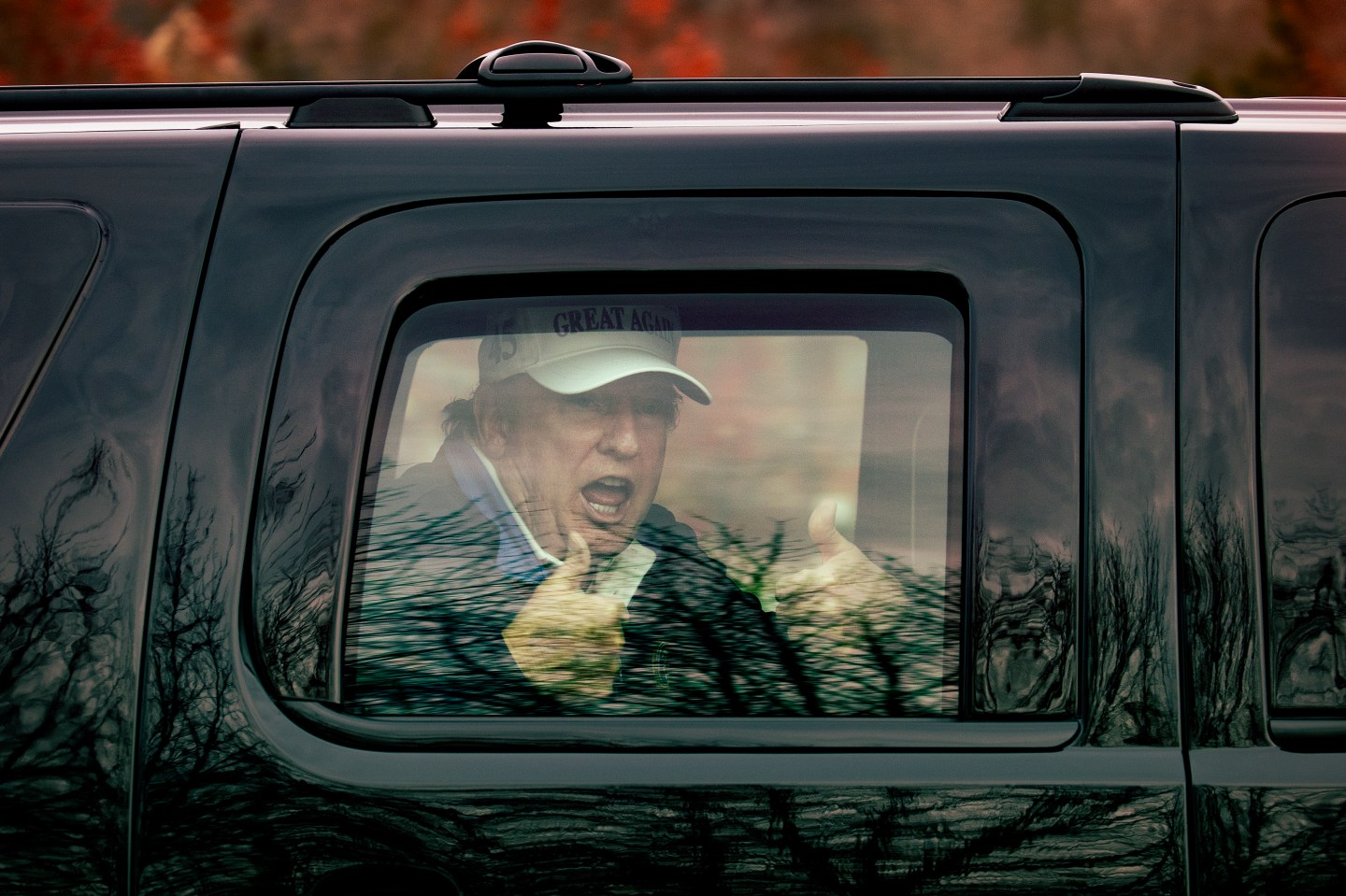 With the president hidden from public contact in the three weeks since he decisively lost reelection, President Trump’s public calendar has been blank. The emptiness implies that his days have been filled with brooding, TV, and golfing, all while refusing to concede defeat. He has continued to minimize the soaring pandemic, whose U.S. death toll has reached 260,000—lately claiming a 9/11-sized number of victims every two days. In Trump’s behavior, there appears an extension of his lifelong worship of Norman Vincent Peale’s theology of success through denial of failures.

A chorus of GOP leaders have begun joining Democrats outraged over the President’s absence from key duties and his denial of the election realities. But Trump’s conduct, along with his vindictive housecleaning of national security officials who countered him, is consistent with the tyrannical tantrums of other would-be monarchs. Many have drawn the parallel to Emperor Nero supposedly fiddling as Rome burned.

To me, it’s familiar behavior. As far as I know, I have known President Trump longer than anyone who has served on his cabinet and longer than any of his non-family advisors. As one of the first published critics of Trump’s TV series The Apprentice sixteen years ago, I wrote a Wall Street Journal column entitled “The Last Emperor.” This review particularly infuriated Trump as it revealed his simplistic modus operandi, which his allies and adversaries are still deciphering. I labelled Trump akin to a Roman emperor, relishing the fight he instigated among his gladiators as distractions.

Such divide-and-conquer tactics elevated the drama around him, while insulating Trump with an artificial imperial aura that freed him from the burden of adding substantive value himself. After Trump criticized my review, I warned in a follow-up 2004 Wall Street Journal letter that if he were ever elected President of the United States, Trump would be tempted to fire the FBI and CIA directors for being truth-tellers.

A decade later, when he considered running for President, Trump consulted with me, and I advised him that I thought his support would plateau at 15%. He replied that Melania assured him he would win. He continued checking with me throughout the early days of his campaign, dismissive of my concerns about the racial overtones of his message in the primaries. Trump insisted the controversy ensured free media coverage while recruiting new voters. He felt no “John McCain Moment” obligation to condemn racist statements made by others at his rallies, claiming he had no duty if he did not voice them.

Countering his 2015 Republican rivals who scoffed at his primary campaign, I published some of the first articles suggesting people take Trump’s candidacy seriously, as he had touched nerves in the American psyche. In exclusive Fortune interviews, I pointed out how the Republican Party’s “dump Trump” strategy would fail and how he would represent himself as a business titan, even though no top business leaders knew him personally nor respected him professionally.

Trump won, as well all know. Top business leaders who had walked out on him earlier rallied behind him post-election, viewing him as a useful instrument for regulatory rollbacks and tax relief. Reciprocally, Trump coveted their elusive acceptance, showcasing them at ceremonial meetings of his CEO advisory councils. At the same time, he also knew they resented him. So he reverted to his divide-and-conquer methods from his earlier career—setting up competitions of Ford vs. General Motors; Boeing vs. Lockheed Martin; Pfizer vs. Merck, et cetera. In the same vein, he would set up Republican legislators to fight with Democrats as well as each other, inflame battles among his own advisors, and even attempt to position France against Germany, Mexico against Canada, and Russia against China.

These diversionary tactics defined his ruthless climb and his brutal imperial rein, but they do not smooth his exit. In my study of leaders in late career, entitled The Hero’s Farewell, I examine the departure styles of top leaders across sectors who see themselves as indispensable to the world no matter how truly noble or wicked they were in reality. One type, the Monarch, either dies in office or is removed through a palace revolt–but always makes a feet-first exit. Fearing prospective strong successors, Monarchs surrounded themselves with weak sycophants in what psychoanalysts call a folie a deux, or a shared delusion.

These leaders come to believe in the myths they manufacture about themselves. No one called Alexander III of Macedonia “Alexander the Great” until he created the label himself, inventing a mythic lineage to Odysseus and Achilles. Their transcendent mythic identities and quixotic quests for immortality create elusive goals for these perpeturally grasping monarchs.

Through their angry, self-destructive impulses, both characters were the architects of their own misfortunes. Feeling trapped and cheated, they never conceded to their fates, retreating to delusion in seclusion. Kane barked at his enablers about the loss of public trust, telling them that people will think “what I tell them to think.” Norma Desmond shouted defiantly, “Oh, those idiot producers. Those imbeciles! Haven’t they got any eyes? Have they forgotten what a star looks like? I’ll show them. I’ll be up there again! So help me!”

There was no graceful retirement for Ferdinand Marcos, the Shah of Iran, Saddam Hussein, Attila the Hun, Genghis Khan, or Julius Caesar. Stripped of their regalia, emperors are defiant until the end—attempting to instigate infighting and undermine the legitimacy of their successors. As The Apprentice morphs into The Biggest Loser, prepare for the sequel series: daily rants on TrumpTV.

Jeffrey Sonnenfeld is senior associate dean and Lester Crown Professor of Management Practice at the Yale School of Management. He is the author of The Hero’s Farewell (Oxford University Press). You can follow him at Twitter @JeffSonnenfeld.