Why was the leader of the free world given an experimental therapy? 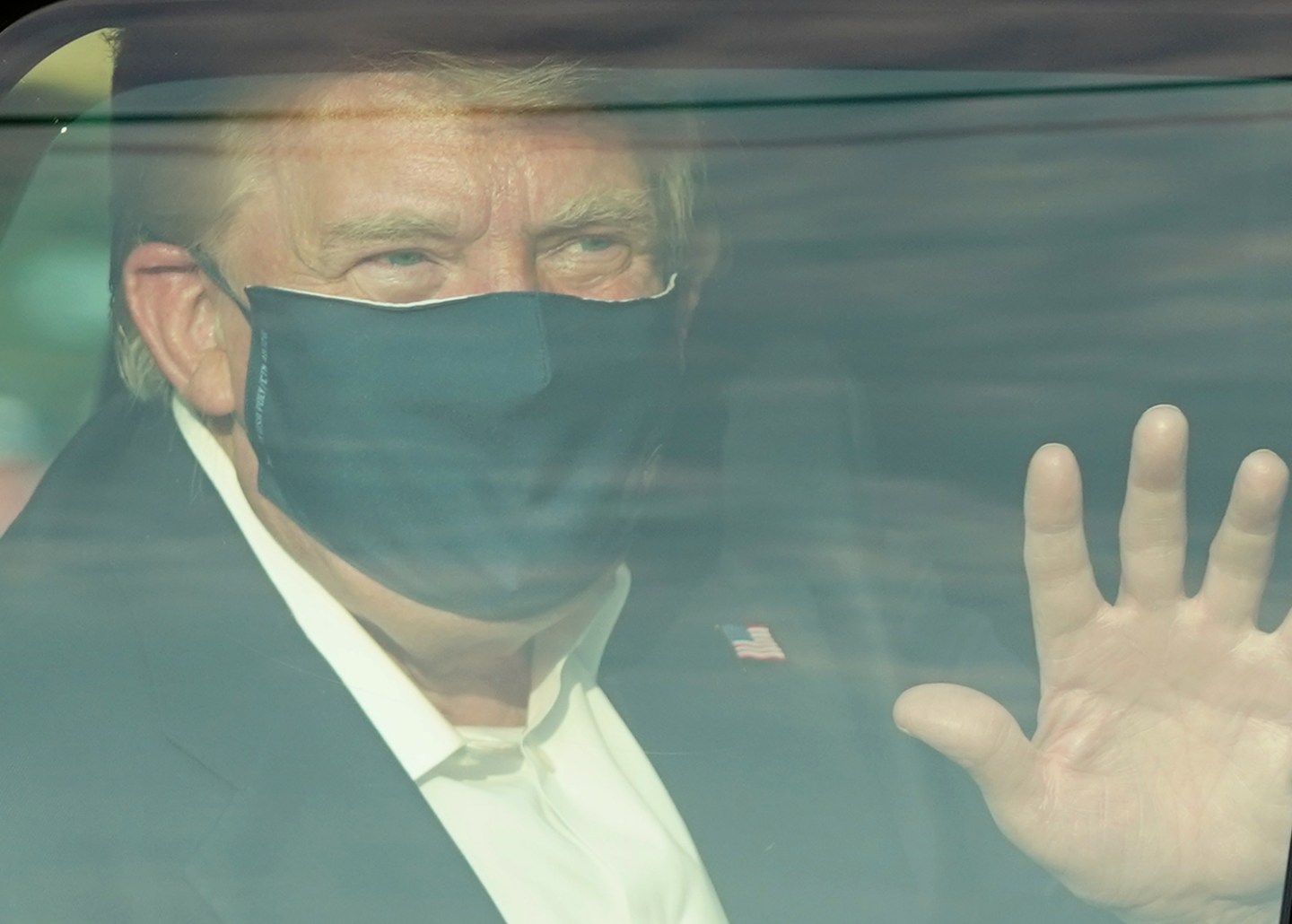 In the craziness that is 2020, we’ve perhaps become accustomed to seeing things that either surprise or dismay us. But as a physician, it’s still hard for me not to be shocked that the President of the United States was administered an experimental drug therapy on Friday.

According to White House reports, Donald Trump has experienced “mild” symptoms related to his case of COVID-19, including fever, cough, and fatigue. Though those reports have been muddied, we do know that the President’s oxygen saturation levels dropped below 94% on two occasions, necessitating supplemental oxygen.

A statement from his physician Sean Conley on Oct. 2 notes that he received a single eight-gram intravenous dose of Regeneron Pharmaceuticals’s polyclonal antibody cocktail as a “precautionary measure.” The goal of the antibody treatment is to try to boost one’s own immune response by giving an individual an extra dose of fighting antibodies to neutralize the virus and hopefully stop the infection dead in its tracks.

The Regeneron “cocktail” includes two humanmade monoclonal antibodies engineered in a lab. Clinically, one would hope that the treatment would help prevent mild disease from progressing to something more serious like pneumonia, respiratory failure, or cytokine storm.

The stakes are real enough. With his age and sex, and the weight he carries, Trump is at higher risk of contracting a more serious form of the illness. Based on data from the Centers for Disease Control and Prevention (CDC), his age alone places him at approximately 90 times greater risk of death compared to 18- to 29-year-olds.

Thus, it’s understandable that one might consider various preventive treatments for the President. But Regeneron’s antibody treatment is experimental and still in clinical trials. It has not received emergency use authorization by the Food and Drug Administration (FDA), nor has it received formal approval for use.

In fact, it has not completed its current trial, of which it released partial data this week in a news release—not a scientific report. This is a critical distinction. The company discussed data from its first 275 volunteers, but that is out of a planned 1,300-person trial that has not been peer reviewed yet.

According to the report, Regeneron’s early results demonstrated that the antibody cocktail reduced viral levels and associated symptoms in nonhospitalized COVID-19 patients. The effect was greatest for those who had not yet mounted an effective antibody response, with these patients demonstrating symptom improvement in six to eight days on average versus 13 days for the control group. The cocktail appeared to be well tolerated, though two patients given the treatment experienced transfusion reactions. No deaths were reported.

Regeneron cofounder George Yancopoulous said, “We think that there’s a lot of evidence here to suggest that this is a therapeutic solution that could really benefit quite a number of individuals and patients.” But one has to be very careful with incomplete trials, partial data, and news releases from drug manufacturers, which are neither scientific reports nor peer-reviewed studies.

Regeneron did publish in Science in August a study performed in mice and humans in which it identified its therapeutic antibody cocktail. This cocktail is what is now being tested in human trials. However, completed large-scale, double-blind randomized control studies—our gold standard—are needed to truly know how well this treatment works.

Richard Besser, a former acting CDC director, told CNN, “I would withhold judgment on this until we see the data. You know these early results that keep coming out from companies in press releases strike me as being about much more, much more about the stock price than they are about science.”

Regeneron confirmed that the President did receive the antibody cocktail Friday morning on a compassionate-use basis. According to the FDA, compassionate use means that an experimental treatment may be used when other treatment options have failed or an “immediately life-threatening or serious condition” exists. Though this did not appear to be the indication for use here, it would be hard to imagine anyone denying a request from the White House for the commander-in-chief.

While I hope and pray this antibody treatment helps Trump, I think it gets pretty dicey when a person of his stature is given an unproven, investigational therapy. Side effects of monoclonal antibodies range from mild to life-threatening. Since one is injecting proteins into the body, monoclonal antibodies can cause allergic reactions. Other reported effects may include fever, shortness of breath, weakness, vomiting, chills, low blood pressure, and even a challenging condition called serum sickness, in which an overactive immune response leads to fever, rash, and joint swelling.

Fortunately, monoclonal antibodies have been used successfully to reduce mortality from other viruses like Ebola and to aid in the immune response to diseases like cancer, so it’s certainly possible that all goes well here. One has to wonder though: Did Trump develop fever, cough, shortness of breath, and low oxygenation levels prior to being given this experimental treatment—or after?

Carolyn Barber, M.D. has been an emergency department physician for 25 years. She is co-founder of the homeless work program Wheels of Change, and the author of the new book Runaway Medicine: What You Don’t Know May Kill You, which was recently Amazon’s top-ranked bestseller in health care administration.