What’s more destructive than COVID-19? The twin shocks of a pandemic and no-deal Brexit, Germany warns 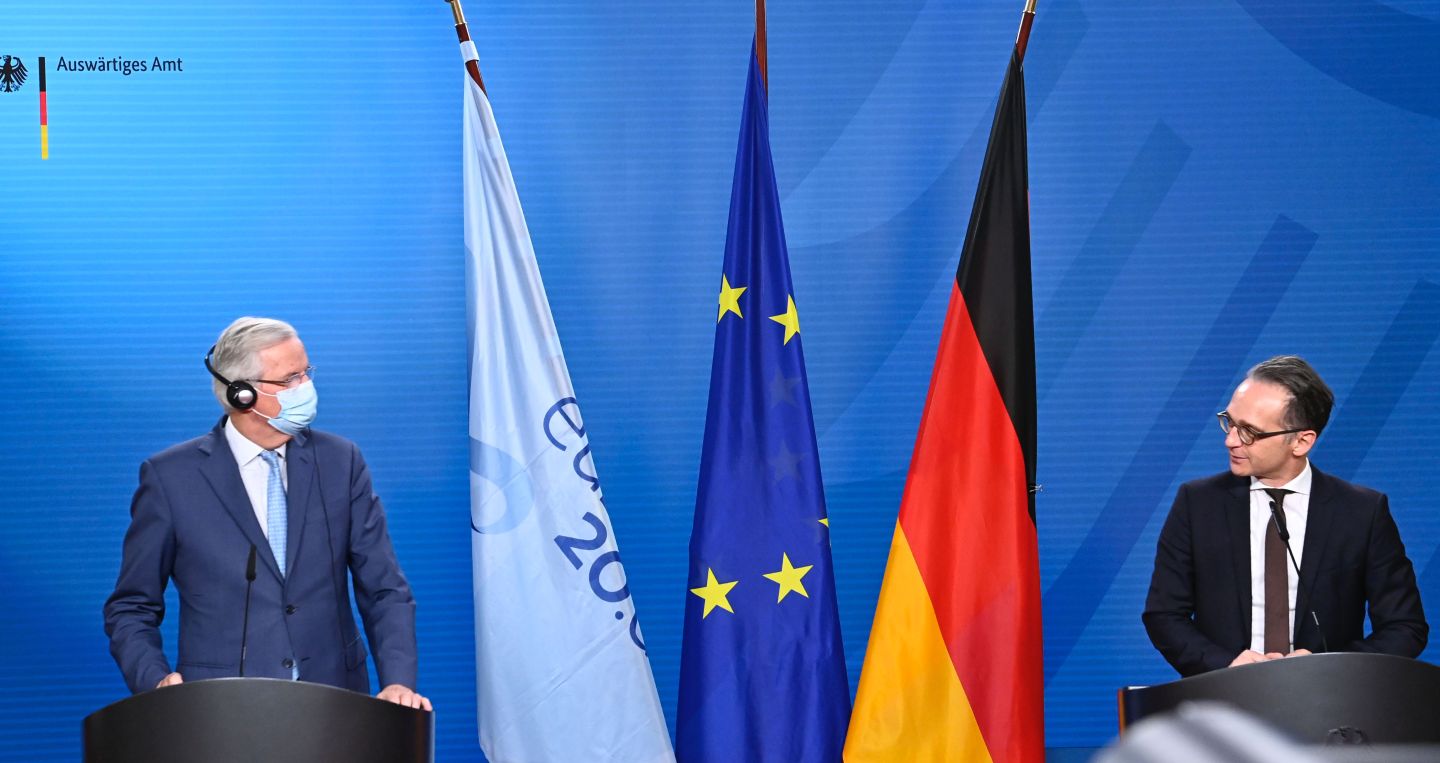 Brexit technically took place at the end of January, but the Brexit transition—during which the U.K. is still subject to the EU’s rules for its members—runs out at the end of this year. If the U.K. and EU haven’t agreed on the terms of their future trading relationship by then, a range of trade barriers will spring up, including customs checks, tariffs and other regulatory hurdles.

“With today’s health and economic challenges, people on both sides of the channel have enough to shoulder, so it would be totally irresponsible to burden them in this position with additional problems through a no-deal,” Maas said after meeting the EU’s top Brexit negotiator, Michel Barnier, in Berlin.

Maas also tweeted that the pandemic has “made conversations even more difficult, in every respect. But it has also made an agreement even more urgent.”

Time is extremely tight for the negotiators. They originally had a deadline of October 15 to strike a deal—allowing the EU’s national governments time to endorse the deal so it can be adopted and signed next month—but on Saturday British Prime Minister Boris Johnson and European Commission President Ursula von der Leyen agreed to extend the talks by a further month.

The leaders said “progress had been made in recent weeks but that significant gaps remained, notably but not only in the areas of fisheries, the level playing field and governance.”

The fishing issue is about how much access EU companies will ultimately get to British waters. The “level playing field” is Brussels-speak for the U.K. continuing to stick to EU rules in areas such as state aid, so that British companies don’t gain an unfair advantage over their EU counterparts.

There is also a major disagreement over aspects of the Withdrawal Agreement that affect Northern Ireland—the U.K. is preparing to introduce a law that overrides that treaty, signed just this year, and the EU has launched legal proceedings against the U.K. as a result. But, while this argument may have an effect on trust, it has so far failed to derail the Brexit trade talks.

Maas’s warning over the consequences of a no-deal Brexit came a day after Johnson said his country could “live with” that prospect and indeed “prosper mightily under those circumstances.”

However, law firm Baker & McKenzie released a report Monday that said the double-whammy of the COVID-19 pandemic and a no-deal Brexit would lop 6% off the U.K.’s GDP over the next decade—that’s £134 billion ($174 billion) a year.

“In a no-deal scenario, businesses will face additional costs from trade tariffs and other non-tariff barriers,” said Sunny Mann, the law firm’s EMEA head of international trade, in the report. “Rising costs, coupled with reduced labor, will amplify output loss, which will further depress export revenues. A negative investment outlook, combined with stricter foreign investment controls, will also put a strain on businesses seeking recovery in the post-COVID-19 landscape, especially those who need liquidity or need to divest assets.”

Some forecast a doomy scenario even if the talks result in just a “skinny deal” that covers limited aspects of the future trading relationship, such as goods but not services.

“The differential between both scenarios is not trivial, but both mean U.K. potential growth below 1% with sizeable long-term losses; both cut neutral rates even further and pin the [Bank of England] to near-zero rates for a very extended period,” BofA said in a note last week. “We assume there will be a skinny deal in our base case forecasts. The chances of no deal remain elevated, however.”

Goldman Sachs also said in a Monday note that it expects a “thin” zero-tariff deal to materialize by early November, in time for ratification by year end, but warned that “the risk of a breakdown in negotiations cannot be ruled out.”

“Whatever happens now, we will be involved in a day-to-day struggle to ensure the goods that we need to see flowing across our borders,” said Paul Everitt, CEO of aerospace trade organization ADS told a parliamentary inquiry in London last week.

Meanwhile, Japan’s Nikkei reported Monday that carmakers Toyota and Nissan want the British government to reimburse them for the new tariffs—likely to be in the order of 10%—they would have to pay when exporting British cars to the EU, if there is no deal. Nissan has already warned its British manufacturing plant, which employs 7,000 people, would become “unsustainable” in such a scenario.