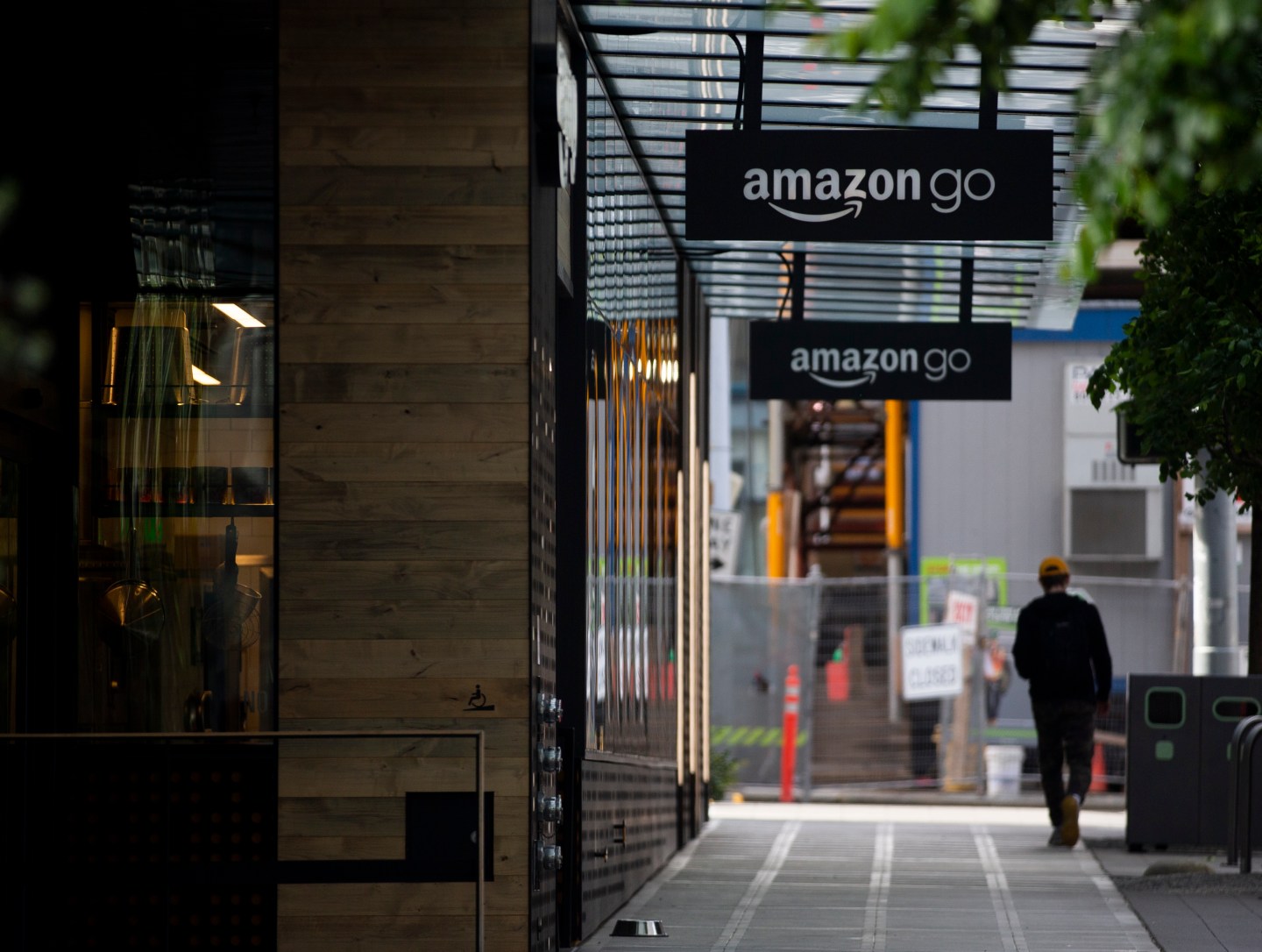 A person walks by an Amazon Go store at the downtown Amazon campus on April 30, 2020 in Seattle, Wash.
Lindsey Wasson/Getty Images

Amazon on Tuesday announced new biometric technology that lets shoppers pay at physical stores by using their palms, its latest effort to develop a business from licensing tech to brick-and-mortar rivals.

The technology, called Amazon One, has shoppers pay at stores by putting the palm of one’s hand over a scanner when they come in or leave. To use this tech, customers must first register by inserting a payment card into a reader—one time only. Customers at the two cashier-less Amazon Go stores near the company’s Seattle headquarters can begin using Amazon One starting Tuesday, with the rest of the Amazon Go fleet coming on later.

But Amazon’s ambitions for the tech go well beyond its own still modestly sized store fleet: The company is hoping to license the tech to other retailers, including potentially some of its big rivals. One sign of that: A customer won’t need an Amazon account to sign up or start using Amazon One, only a mobile phone and credit card.

“In most retail environments, Amazon One could become an alternate payment or loyalty card option with a device at the checkout counter next to a traditional point of sale system,” Dilip Kumar, Amazon’s vice president of physical retail and technology, wrote in a blog post. He added that the company is “in active discussions with several potential customers.”

The payment tech is only the latest option Amazon has refined at its own small fleet of stores in hopes of finding a broader market. Earlier this year, Amazon struck a deal with an operator of airport stores to license technology enabling them to operate without cashiers.

While Amazon commands nearly half of all U.S. e-commerce sales, some 80% of retail still happens in stores. This nascent stream of business could help Amazon generate sizable new revenue from retail sales that won’t migrate online.

Beyond retail, Amazon said it sees applications for the palm reading tech in areas such as office buildings (by replacing ID cards) or at live events, replacing tickets for entry to stadiums or arenas.