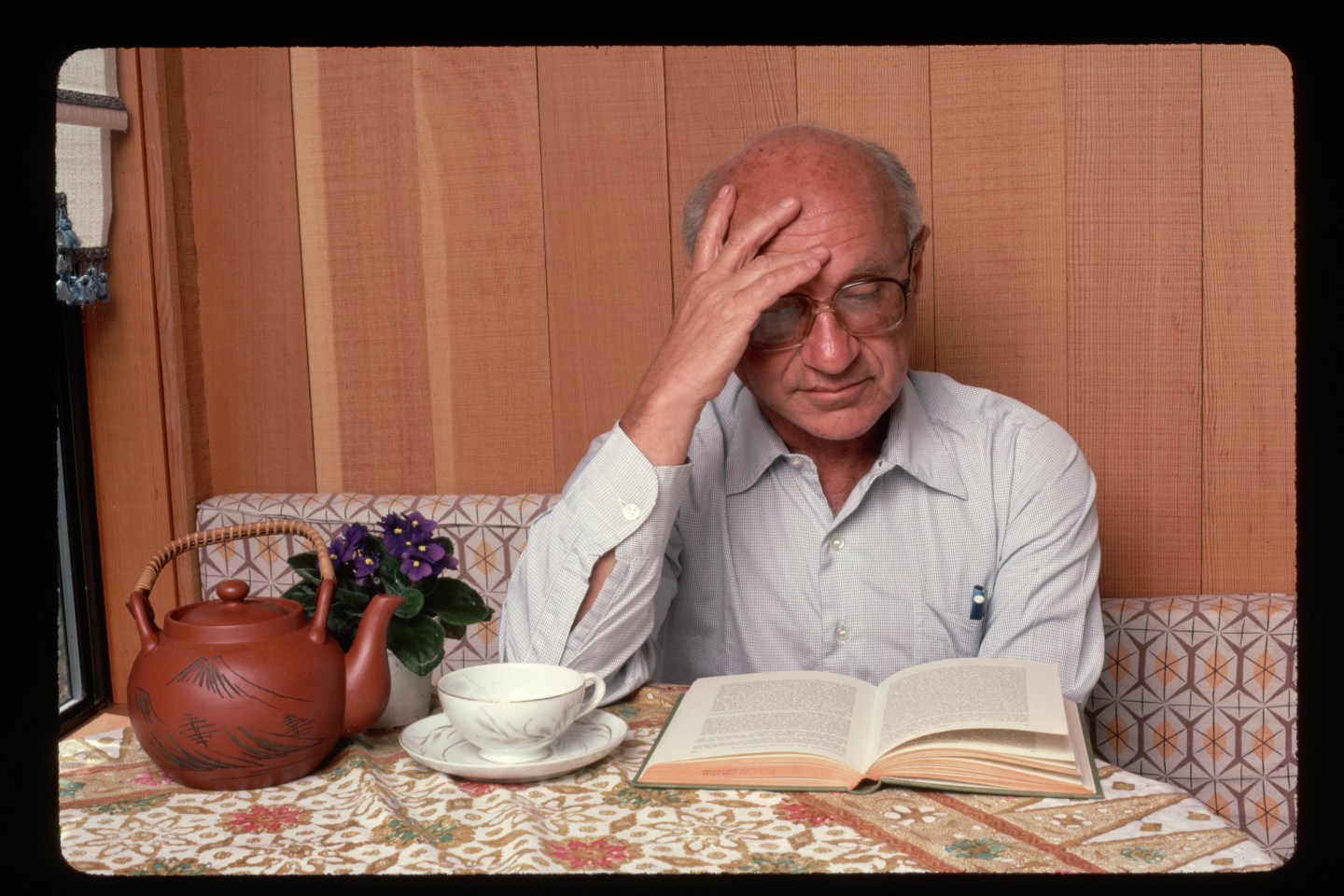 Fifty years ago, Milton Friedman in the New York Times magazine proclaimed that the social responsibility of business is to increase its profits. Directors have the duty to do what is in the interests of their masters, the shareholders, to make as much profit as possible. Friedman was hostile to the New Deal and European models of social democracy and urged business to use its muscle to reduce the effectiveness of unions, blunt environmental and consumer protection measures, and defang antitrust law. He sought to reduce consideration of human concerns within the corporate boardroom and legal requirements on business to treat workers, consumers, and society fairly.

Over the last 50 years, Friedman’s views became increasingly influential in the U.S. As a result, the power of the stock market and wealthy elites soared and consideration of the interests of workers, the environment, and consumers declined. Profound economic insecurity and inequality, a slow response to climate change, and undermined public institutions resulted. Using their wealth and power in the pursuit of profits, corporations led the way in loosening the external constraints that protected workers and other stakeholders against overreaching.

Under the dominant Friedman paradigm, corporations were constantly harried by all the mechanisms that shareholders had available—shareholder resolutions, takeovers, and hedge fund activism—to keep them narrowly focused on stockholder returns. And pushed by institutional investors, executive remuneration systems were increasingly focused on total stock returns. By making corporations the playthings of the stock market, it became steadily harder for corporations to operate in an enlightened way that reflected the real interests of their human investors in sustainable growth, fair treatment of workers, and protection of the environment.

Half a century later, it is clear that this narrow, stockholder-centered view of corporations has cost society severely. Well before the COVID-19 pandemic, the single-minded focus of business on profits was criticized for causing the degradation of nature and biodiversity, contributing to global warming, stagnating wages, and exacerbating economic inequality. The result is best exemplified by the drastic shift in gain sharing away from workers toward corporate elites, with stockholders and top management eating more of the economic pie.

Corporate America understood the threat that this way of thinking was having on the social compact and reacted through the 2019 corporate purpose statement of the Business Roundtable, emphasizing responsibility to stakeholders as well as shareholders. But the failure of many of the signatories to protect their stakeholders during the coronavirus pandemic has prompted cynicism about the original intentions of those signing the document, as well as their subsequent actions.

Stockholder advocates are right when then they claim that purpose statements on their own achieve little: Calling for corporate executives who answer to only one powerful constituency—stockholders in the form of highly assertive institutional investors—and have no legal duty to other stakeholders to run their corporations in a way that is fair to all stakeholders is not only ineffectual, it is naive and intellectually incoherent.

What is required is to match commitment to broader responsibility of corporations to society with a power structure that backs it up. That is what has been missing. Corporate law in the U.S. leaves it to directors and managers subject to potent stockholder power to give weight to other stakeholders. In principle, corporations can commit to purposes beyond profit and their stakeholders, but only if their powerful investors allow them to do so. Ultimately, because the law is permissive, it is in fact highly restrictive of corporations acting fairly for all their stakeholders because it hands authority to investors and financial markets for corporate control.

Absent any effective mechanism for encouraging adherence to the Roundtable statement, the system is stacked against those who attempt to do so. There is no requirement on corporations to look after their stakeholders and for the most part they do not, because if they did, they would incur the wrath of their shareholders. That was illustrated all too clearly by the immediate knee-jerk response of the Council of Institutional Investors to the Roundtable declaration last year, which expressed its disapproval by stating that the Roundtable had failed to recognize shareholders as owners as well as providers of capital, and that “accountability to everyone means accountability to no one.”

If the Roundtable is serious about shifting from shareholder primacy to purposeful business, two things need to happen. One is that the promise of the New Deal needs to be renewed, and protections for workers, the environment, and consumers in the U.S. need to be brought closer to the standards set in places like Germany and Scandinavia.

But to do that first thing, a second thing is necessary. Changes within company law itself must occur, so that corporations are better positioned to support the restoration of that framework and govern themselves internally in a manner that respects their workers and society. Changing the power structure within corporate law itself—to require companies to give fair consideration to stakeholders and temper their need to put profit above all other values—will also limit the ability and incentives for companies to weaken regulations that protect workers, consumers, and society more generally.

To make this change, corporate purpose has to be enshrined in the heart of corporate law as an expression of the broader responsibility of corporations to society and the duty of directors to ensure this. Laws already on the books of many states in the U.S. do exactly that by authorizing the public benefit corporation (PBC). A PBC has an obligation to state a public purpose beyond profit, to fulfill that purpose as part of the responsibilities of its directors, and to be accountable for so doing. This model is meaningfully distinct from the constituency statutes in some states that seek to strengthen stakeholder interests, but that stakeholder advocates condemn as ineffectual. PBCs have an affirmative duty to be good corporate citizens and to treat all stakeholders with respect. Such requirements are mandatory and meaningful, while constituency statutes are mushy.

The PBC model is growing in importance and is embraced by many younger entrepreneurs committed to the idea that making money in a way that is fair to everyone is the responsible path forward. But the model’s ultimate success depends on longstanding corporations moving to adopt it.

Even in the wake of the Roundtable’s high-minded statement, that has not yet happened, and for good reason. Although corporations can opt in to become a PBC, there is no obligation on them to do so and they need the support of their shareholders. It is relatively easy for founder-owned companies or companies with a relatively low number of stockholders to adopt PBC forms if their owners are so inclined. It is much tougher to obtain the approval of a dispersed group of institutional investors who are accountable to an even more dispersed group of individual investors. There is a serious coordination problem of achieving reform in existing corporations.

That is why the law needs to change. Instead of being an opt-in alternative to shareholder primacy, the PBC should be the universal standard for societally important corporations, which should be defined as ones with over $1 billion of revenues, as suggested by Sen. Elizabeth Warren. In the U.S., this would be done most effectively by corporations becoming PBCs under state law. The magic of the U.S. system has rested in large part on cooperation between the federal government and states, which provides society with the best blend of national standards and nimble implementation. This approach would build on that.

Corporate shareholders and directors enjoy substantial advantages and protections through U.S. law that are not extended to those who run their own businesses. In return for offering these privileges, society can reasonably expect to benefit, not suffer, from what corporations do. Making responsibility in society a duty in corporate law will reestablish the legitimacy of incorporation.

There are three pillars to this. The first is that corporations must be responsible corporate citizens, treating their workers and other stakeholders fairly, and avoiding externalities, such as carbon emissions, that cause unreasonable or disproportionate harm to others. The second is that corporations should seek to make profit by benefiting others. The third is that they should be able to demonstrate that they fulfill both criteria by measuring and reporting their performances against them.

The PBC model embraces all three elements and puts legal, and thus market, force behind them. Corporate managers, like most of us, take obligatory duties seriously. If they don’t, the PBC model allows for courts to issue orders, such as injunctions, holding corporations to their stakeholder and societal obligations. In addition, the PBC model requires fairness to all stakeholders at all stages of a corporation’s life, even when it is sold. The PBC model shifts power to socially responsible investment and index funds that focus on the long term and cannot gain from unsustainable approaches to growth that harm society.

Our proposal to amend corporate law to ensure responsible corporate citizenship will prompt a predictable outcry from vested interests and traditional academic quarters, claiming that it will be unworkable, devastating for entrepreneurship and innovation, undermine a capitalist system that has been an engine for growth and prosperity, and threaten jobs, pensions, and investment around the world. If putting the purpose of a business at the heart of corporate law does all of that, one might well wonder why we invented the corporation in the first place.

Of course, it will do exactly the opposite. Putting purpose into law will simplify, not complicate, the running of businesses by aligning what the law wants them to do with the reason why they are created. It will be a source of entrepreneurship, innovation, and inspiration to find solutions to problems that individuals, societies, and the natural world face. It will make markets and the capitalist system function better by rewarding positive contributions to well-being and prosperity, not wealth transfers at the expense of others. It will create meaningful, fulfilling jobs, support employees in employment and retirement, and encourage investment in activities that generate wealth for all.

We are calling for the universal adoption of the PBC for large corporations. We do so to save our capitalist system and corporations from the devastating consequences of their current approaches, and for the sake of our children, our societies, and the natural world.

Colin Mayer is the Peter Moores professor of management studies at the University of Oxford’s Said Business School, and academic lead of the Future of the Corporation program at the British Academy.

Jaap Winter is a partner at Phyleon Leadership and Governance and professor of corporate law, governance, and behavior at Vrije Universiteit Amsterdam.