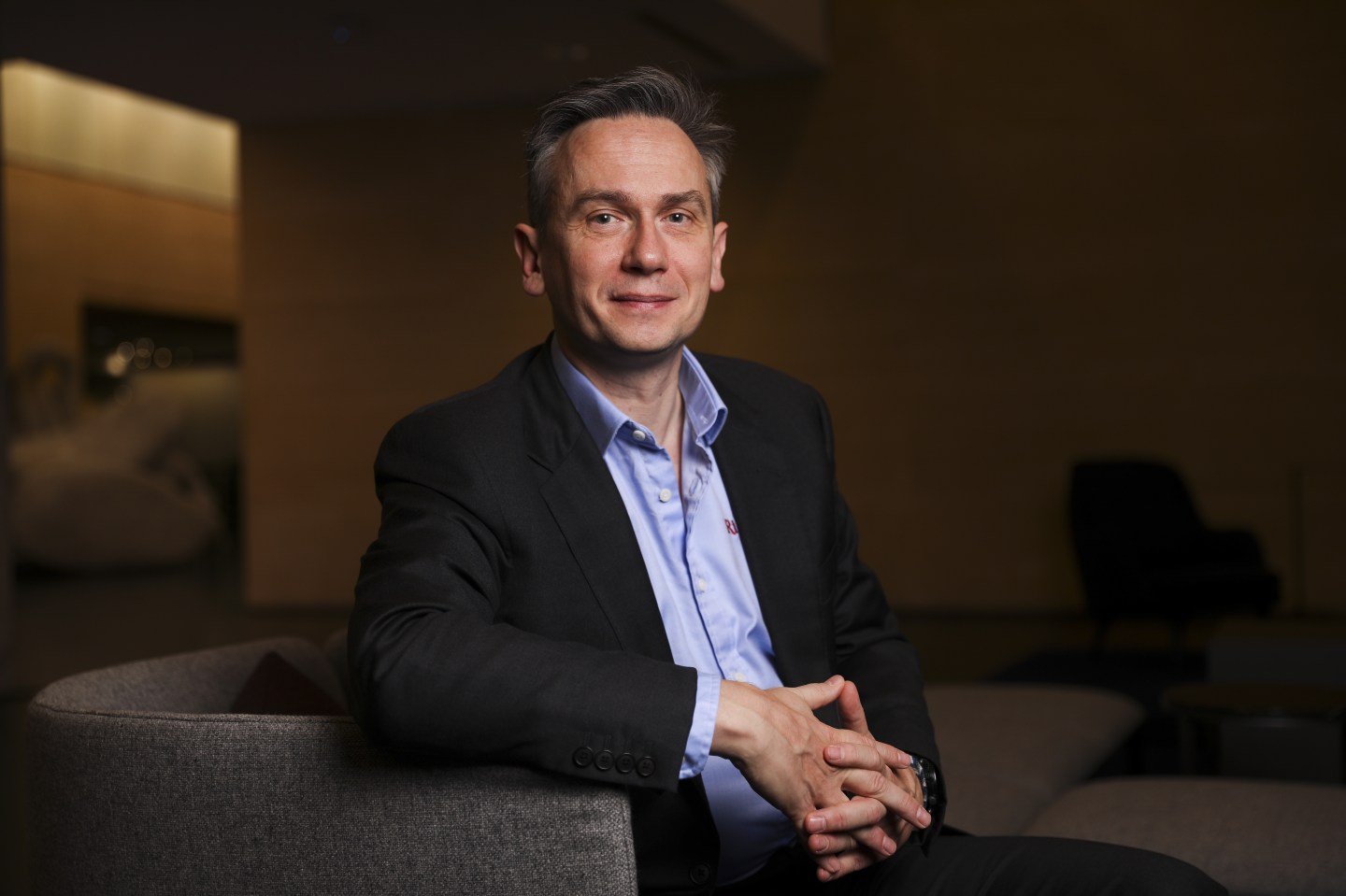 Jean-Sebastien Jacques, chief executive officer of Rio Tinto Ltd., poses for a photograph ahead of presenting the company's full-year results at the Deutsche Bank AG offices in London, U.K., on Wednesday, Feb. 26, 2020. Iron ore futures fell as steel inventories surged to a record in China and investors continued to weigh the impact of the coronavirus outbreak. Photographer: Simon Dawson/Bloomberg via Getty Images
Simon Dawson—Bloomberg/Getty Images

Rio Tinto Group Chief Executive Officer Jean-Sebastien Jacques will step down amid an investor backlash over the destruction of ancient Aboriginal heritage sites in Australia.

The change comes only weeks after Chairman Simon Thompson said Jacques had the board’s backing to handle the fallout from the company’s destruction of the ancient sites. Chris Salisbury, iron ore unit CEO, and Simone Niven, group executive of corporate relations, will also exit. Jacques will remain in his role until the end of March next year, or a successor is appointed, Rio said Friday in a statement.

Talks with about 75 investors and Indigenous community leaders in the past few weeks made clear that many were unsatisfied with penalties delivered by a board-led inquiry that found no single individual was at fault for the blasts and reprimanded the three senior executives by trimming bonus payments, Thompson said in a phone interview.

“It became clear that this issue of individual accountability was just an obstacle to rebuilding trust,” Thompson said. “If these three individuals do not have the confidence of critical stakeholders to lead the required changes then we have got to move on.”

Explosions in May to open up a mining area at an iron ore operation impacted two rock-shelters—shallow, cave-like structures—in the Juukan Gorge region of Western Australia’s Pilbara region. The sites, used by Aboriginal Australians for cooking and shelter as long as 46,000-years ago, were among the most significant of their type in the country, according to archaeologists.

The successor to Jacques, CEO since July 2016, will need to convince investors, regulators and legislators in Western Australia that Rio can address governance failings in its iron ore unit—the division that accounted for more than 90% of first-half earnings. The new CEO will also take on a flagship copper mine expansion in Mongolia that’s been beset by delays and a budget blowout.

That will likely require an executive with experience of Australia’s iron ore sector, an ear for community relations and the capability to usher through complex growth projects, said Andy Forster, senior investment officer at Argo Investments Ltd., which holds Rio shares. “Clearly a big issue for the next few years is just going to be repairing those relationships,” he said.

Rio, which is headquartered in London and has been criticized for a lack of understanding about community issues in Western Australia, should move to appoint an Aboriginal person to its board, Marica Langton, associate provost at the University of Melbourne, and a prominent Indigenous academic told Bloomberg Television Friday in a interview.

While the May explosions were lawful under a state government decision, Rio has been accused of failing to act on information that later showed the heritage sites had greater significance than first understood.

Jacques also told a Parliamentary committee hearing last month that the region’s traditional land owners, the Puutu Kunti Kurrama and Pinikura Aboriginal Corporation, were not made aware that Rio had three alternative options that could have avoided damaging the Juukan Gorge shelters. The PKKP will continue to work with Rio on the aftermath of the blasts and advocate “for wide-ranging changes to ensure a tragedy like this never happens again,” the corporation said in a statement, declining to comment on the executive changes.

Rio’s next top executive will face a potentially lengthy task to restore the company’s relationships in local communities, and the ability to carry out that work will shape the board’s decision on replacing Jacques, Thompson said. Both internal and external candidates will be assessed, he said.

“They will have to take responsibility for what is going to be a process running over months, if not years, of restoring confidence in our ability to manage communities and heritage effectively, and that will be one of the key criteria,” Thompson said.

The departure of Jacques, 48, who joined Rio in 2011, comes amid wider upheaval in the top ranks of the mining industry, as the sector prepares for a longer-term slowdown in demand from China and navigates moves to decarbonize the global economy. Top miner BHP Group installed Mike Henry as its new CEO in January, while leadership transitions are seen looming at both Anglo American Plc and Glencore Plc.

Salisbury and Niven will leave Rio on Dec. 31, while Ivan Vella will be appointed as Rio’s new head of the iron ore division, the company said.