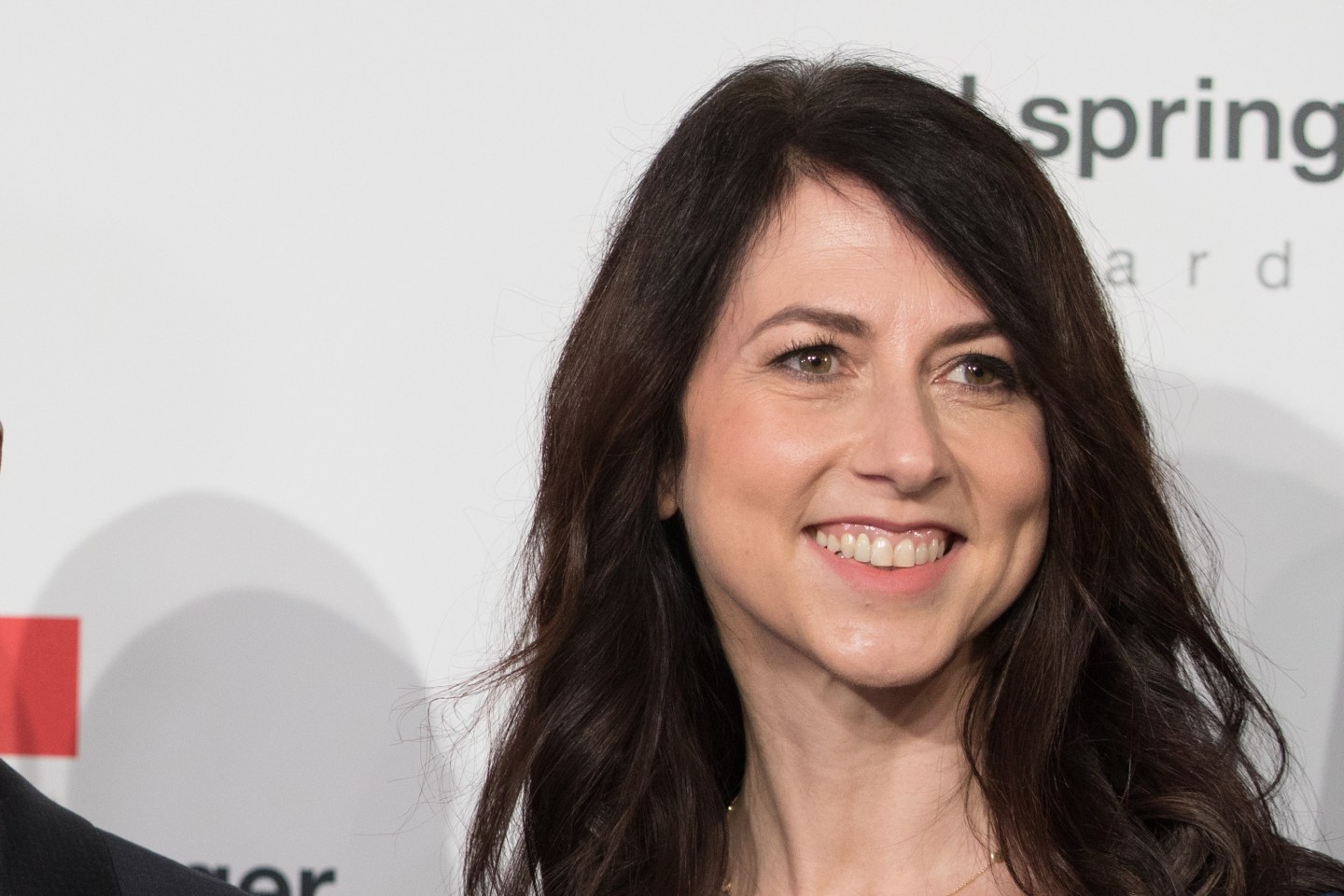 MacKenzie Scott—the writer and ex-wife of Jeff Bezos, now going by her middle name—said in a Medium post on Tuesday that she has donated $1.7 billion to charitable causes over the past year.

After her divorce in 2019, Scott signed the Giving Pledge, a commitment among the wealthy to give away a significant portion of their money over their lifetimes. Scott’s promise was to distribute at least half of her approximately $35 billion fortune.

Along with the announcement of the $1.7 billion in donations, Scott offered a frank reflection on the societal systems that have allowed her to accrue such wealth; she is the world’s second-richest woman, according to Bloomberg’s Billionaires Index.

“There’s no question in my mind that anyone’s personal wealth is the product of a collective effort, and of social structures which present opportunities to some people, and obstacles to countless others,” she wrote.

She added: “I began work to complete my pledge with the belief that my life had yielded two assets that could be of particular value to others: the money these systems helped deliver to me, and a conviction that people who have experience with inequities are the ones best equipped to design solutions.”

Scott said she decided to share her progress on that commitment in response to the societal upheaval of the past few months.

“Like many, I watched the first half of 2020 with a mixture of heartbreak and horror…My own reflection after recent events revealed a dividend of privilege I’d been overlooking: the attention I can call to organizations and leaders driving change,” she wrote.

Scott—who was known as MacKenzie Bezos until today, when she announced her name change on Twitter—says she has given the majority of the funding so far to racial equity causes, with donations totaling $586.7 million. That category is followed by donations in support of causes related to “economic mobility,” gender equity, public health, and climate change.

She named several specific organizations she has supported, including Black Girls CODE, Futures Without Violence, Movement for Black Lives, National Domestic Workers Alliance, and several historically black colleges and universities, including Morehouse College and Spelman College. She did not specify the sizes of individual gifts or which donations she considered part of which category.

Scott is one of 210 millionaires and billionaires to sign the Giving Pledge. Her cosigners include Bill and Melinda Gates, who started the pledge with Warren Buffett; Steve and Jean Case; Mark Zuckerberg and Priscilla Chan; and Sara Blakely. Many of the signers of the pledge are couples. As Jeff Bezos has not signed the pledge, Scott stands out for her decision to promise significant philanthropy over her lifetime after separating her finances from her former husband’s.

Scott said that she developed a team of nonprofit advisers last fall who have helped guide her choice of causes.

“Life will never stop finding fresh ways to expose inequities in our systems; or waking us up to the fact that a civilization this imbalanced is not only unjust, but also unstable,” she wrote. “What fills me with hope is the thought of what will come if each of us reflects on what we can offer.”