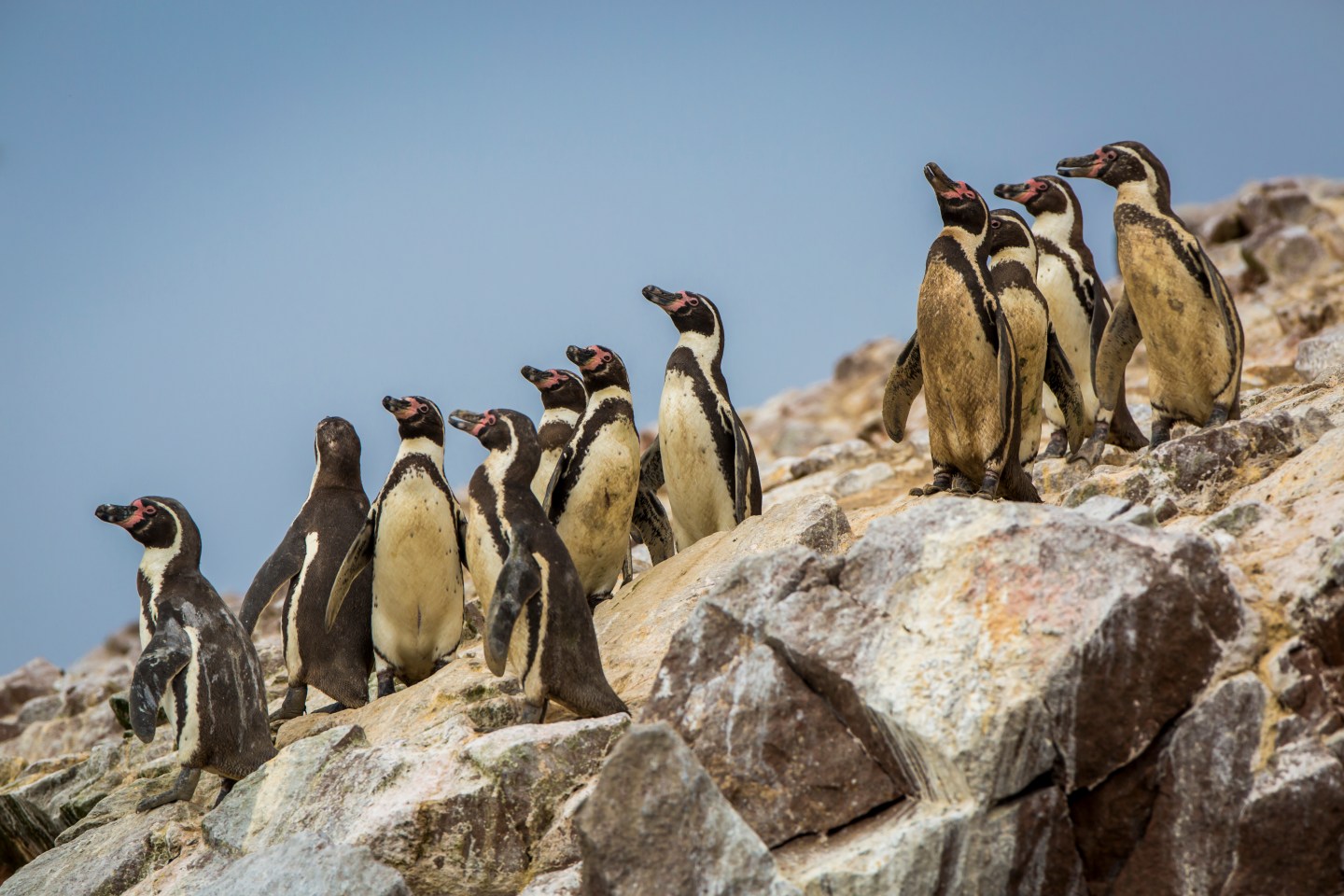 Peru’s Paracas National Reserve, one of the world’s greatest ecological treasures, is under threat from a group of port management entrepreneurs who are seeking to transport ore concentrate through this protected natural area. The fate of the Paracas Reserve—its salvation or imminent destruction—is at stake.

In 1975, the Peruvian government established the Paracas National Reserve in an effort to “conserve the natural state” of this one-of-a-kind ecosystem. Paracas is known for its wealth of wild fauna, including whales, sea lions, dolphins, and a variety of exotic birds such as flamingos, condors, and penguins, as well as for a handful of animals in danger of extinction, including the green sea turtle and the sea otter.

But the Paracas Reserve is not just a natural paradise in terms of biological diversity. It also protects the archaeological heritage of one of the Americas’ most noted pre-Columbian cultures, the Paracas, whose ancient textiles are on display in many of the world’s most famous museums. This range of features has made Paracas the second-most-popular tourist destination in Peru, behind only Machu Picchu in Cuzco. The Paracas is also recognized by the international community: In 1992, the United Nations designated Paracas for protection under the international convention on wetlands.

As incomprehensible as it may seem, the reserve is now in danger because of a consortium’s intention to transport and export copper and zinc concentrates via the Port of San Martín. This port, located on the Bay of Paracas in the reserve’s “buffer zone,” has been awarded by the national government in concession to the consortium.

A view of the shoreline near the Bay of Paracas.
(Photo: Erik Herrera / EyeEm via Getty Images)

A buffer zone is the space neighboring or immediately contiguous to the protected area. By Peruvian law, these zones are subject to special treatment and restrictions in order to provide an additional layer of protection to the areas they surround. However, in what critics argue is a violation of these laws, the Peruvian government carried out a tender process in 2014 for the Port of San Martín with the goal of modernizing it, rather than keeping its impact to a bare minimum.

In this tender process, the contract was awarded to a consortium consisting of the Spanish company Servinoga, which specializes in maritime trade, and the Brazilian companies Pattac and Tucumann, which focus on logistic operations and port terminals. This consortium currently manages the port via the company Terminal Portuario Paracas (TPP).

The port was initially prevented from operating after regulatory agencies raised multiple objections to TPP’s Environmental Impact Assessment (EIA), which was unable to prove that no irreversible damages would be caused to the Paracas Reserve. After Pedro Pablo Kuczynski won Peru’s presidential election in 2016, the EIA was approved, despite the fact that the objections raised at that time had not been rectified. Two years later, in 2018, TPP decided to request an amendment to its EIA so that it could handle and export minerals, which would have to be transported directly through the Paracas Reserve due to the absence of any other possible way of accessing the port.

In 2019, the Peruvian environmental authority (Senace) rejected the request, but TPP appealed the decision. In the coming days, this authority will be required to issue its ruling on whether or not to approve or reject the new EIA, which includes the construction of an Ore Concentrate Storage Area.

TPP claims that they will use technology that would avoid any kind of pollution (e.g. closed containers, hermetic trucks, and storage with negative pressure). But the mere increase in heavyweight vehicle traffic through the reserve—through which up to 13,000 trucks full of ore concentrate would drive each year—already represents an undeniable source of noise and visual pollution. Greater still is the risk of contamination in the event that one of these trucks is involved in an accident or overturns. Indeed, such cases have already been reported in the zone, where winds blow at speeds of up to 100 kilometers per hour (62 miles per hour). And copper and zinc ore concentrates, when discharged into water, are extremely toxic to marine life—making the potential consequences of a spill very dire.

It is unfortunate that even today, in the year 2020, some people still refuse to understand that industrial and mining activities cannot take place in any and all geographic areas. Indeed, it is precisely places like natural reserves that must represent one of the limits to such activities.

If we want to start protecting nature, whether in Peru, Finland, or Sudan, it is time for the citizens of the world to come together and more effectively defend our natural reserves, which recognize no boundaries or passports. If there is something that unites us, regardless of our nationality or our economic status, it should be our respect for those natural sanctuaries that remind us that there is still hope and room for balance between human beings and nature.

If you wish to get involved, please sign the petition to protect the Paracas National Reserve.

Manuel Bartra is a lawyer and activist based in Lima, Peru. He is also a columnist for the online independent journalism platform La Mula.