The Statue of Liberty’s origin in photos 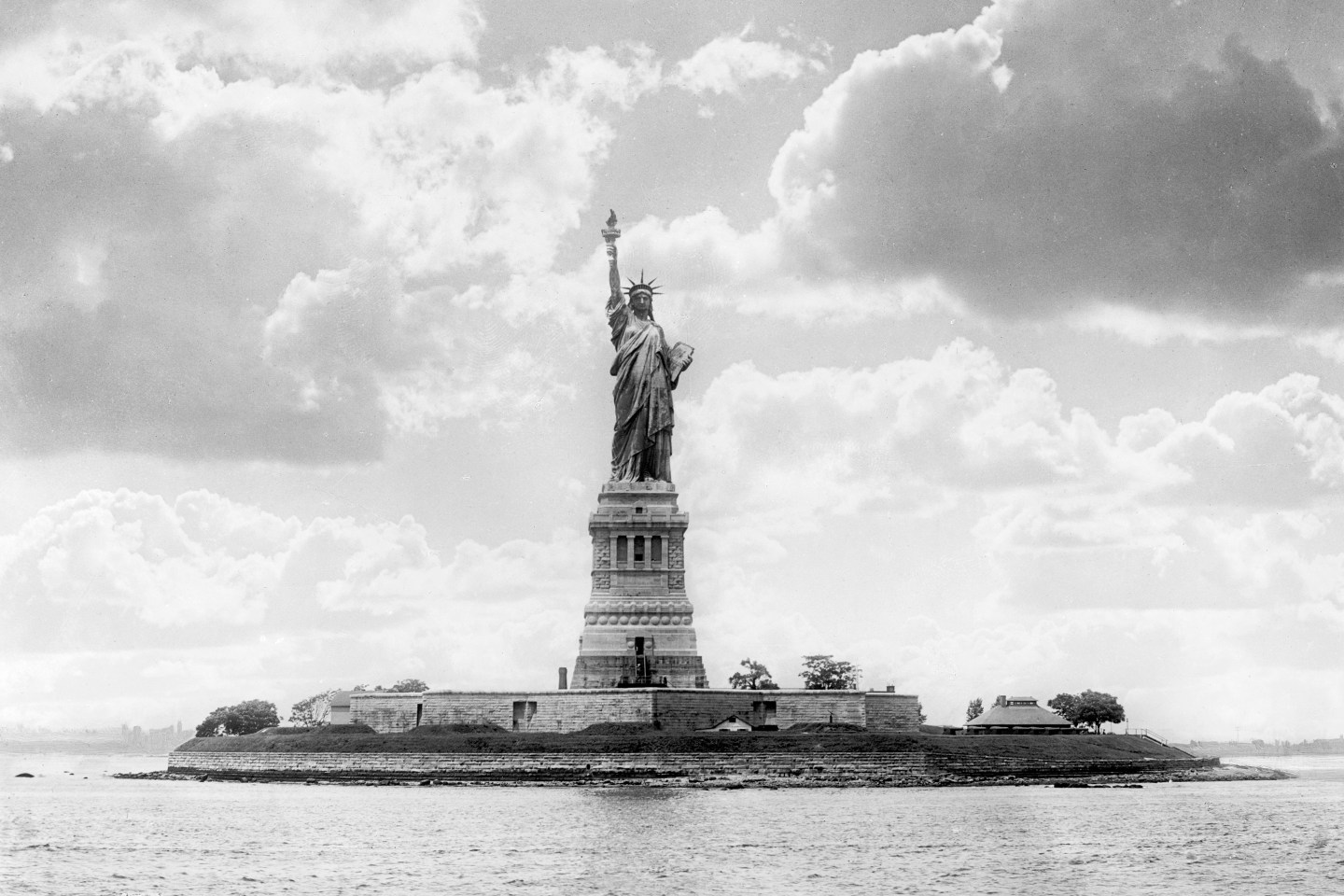 This weekend is July 4th, and though it’s a time to celebrate—safely—the United States’ Independence Day, it’s also a time to reflect on what freedom and liberty means. The Statue of Liberty has been an enduring national symbol to personify that very abstract idea.

“Liberty Enlightening the World” arrived in the New York Harbor from its journey from France, disassembled in 350 pieces, on June 17, 1885. More commonly known as the Statue of Liberty, it was the largest statue at the time, towering over the Brooklyn Bridge and Trinity Church, and symbolized a message the country is still striving to attain today: liberty for all.

Rising 305 feet tall from its pedestal to torch, the statue weighs 450,000 pounds; 88 tons of brass were used in its structure. The length of one hand is more than 16 feet while her index finger measures exactly 8 feet. The colossal statue was a gift from France and the brainchild of French sculptor Frédéric Auguste Bartholdi to symbolize America’s message of liberty to the world, something he constructed while depressed at the ruins and wretchedness in his native land after defeat by Germany in the Franco-Prussian War.

The New Ulm Review in Minnesota recounted, “’Liberty Enlightening the World!’ What a priceless blessing personal liberty is. It is the shrine at which people, ground under the heel of tyranny in the older worlds, worship with a fervency that Americans can scarcely realize.”

Liberty was still seen as a controversial topic in the 19th century. It suggested violence and revolution to many people, but Bartholdi used classical images of a powerful, honorable national authority to overcome the ideology.

The colossal statue was, and still is, a symbol of independence for all, but it’s an ideal that has seemed ironic and unattainable for centuries.

In an early model, Bartholdi depicted Lady Liberty holding broken chains in her hand referring to the emancipation of slaves in 1863 . But in the final model, the chains were replaced with a tablet dated July 4, 1776 nodding to the Declaration of Independence. Bartholdi then placed the broken shackle and chains beneath Lady Liberty’s feet—they are basically impossible for visitors to see at most angles. Though it nodded to the emancipation of slavery in the U.S. and symbolized an enlightened approach to liberty, the country is still striving to attain the liberty for all it promotes.

Scroll below to see how the Statue of Liberty was built and constructed.