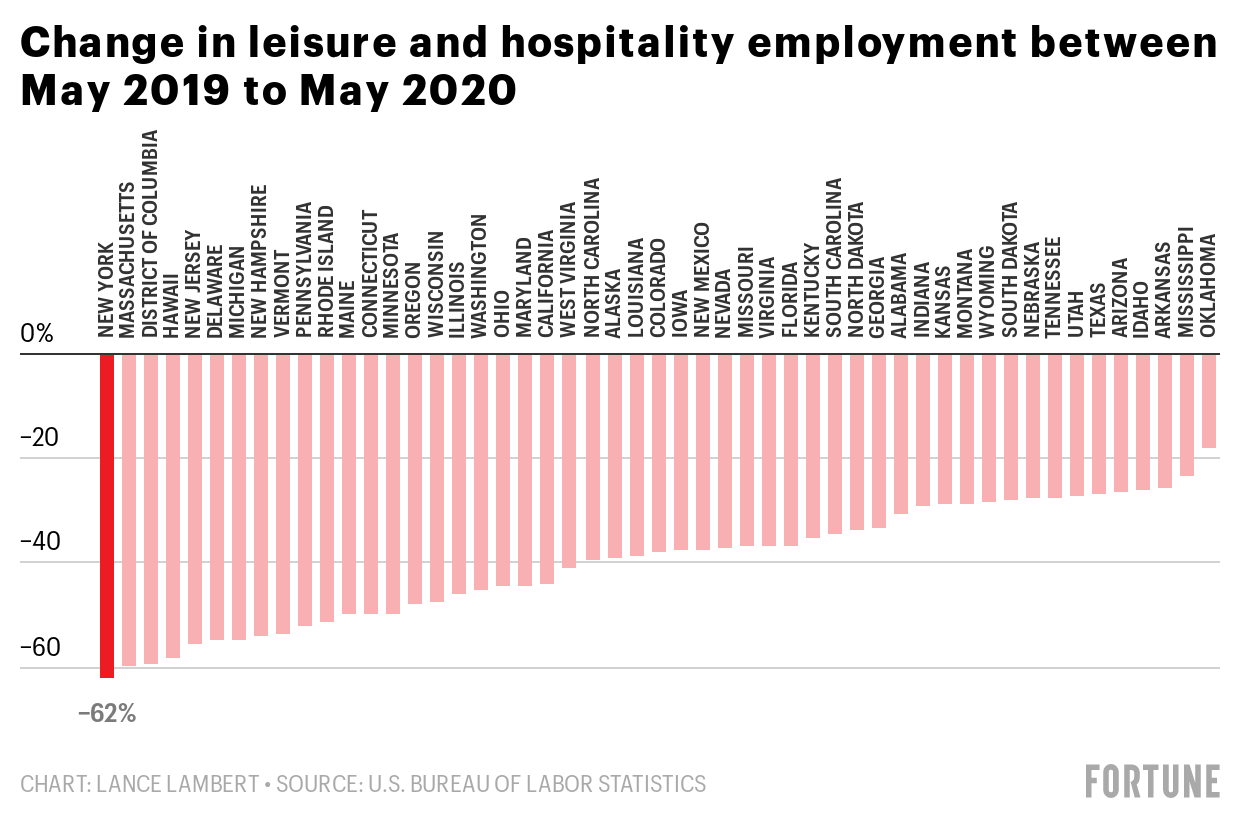 When states issued stay-at-home orders in March, jobs that involved face-to-face interacting with the public were among the first to go: Think bars, hotels, and theme parks.

The number of U.S. leisure and hospitality jobs is down 41% year over year in May, from 16.5 million in May 2019 to 9.8 million now. It is hands down America’s hardest-hit industry during the pandemic. But that economic blow is far from even when you delve into state-level data.

The number of lost leisure and hospitality jobs in New York is so great that if they all returned, it would push the overall U.S. unemployment down from the current rate of 13.3% to 12.9%.

It’s not all terrible news, though. As states began to reopen their economies, U.S. leisure and hospitality jobs rose 14.4% from April to May.

That trend, too, could reverse, however. With cases spiking in Southern and Western states, some states like Texas and Florida are pulling back on reopening plans.