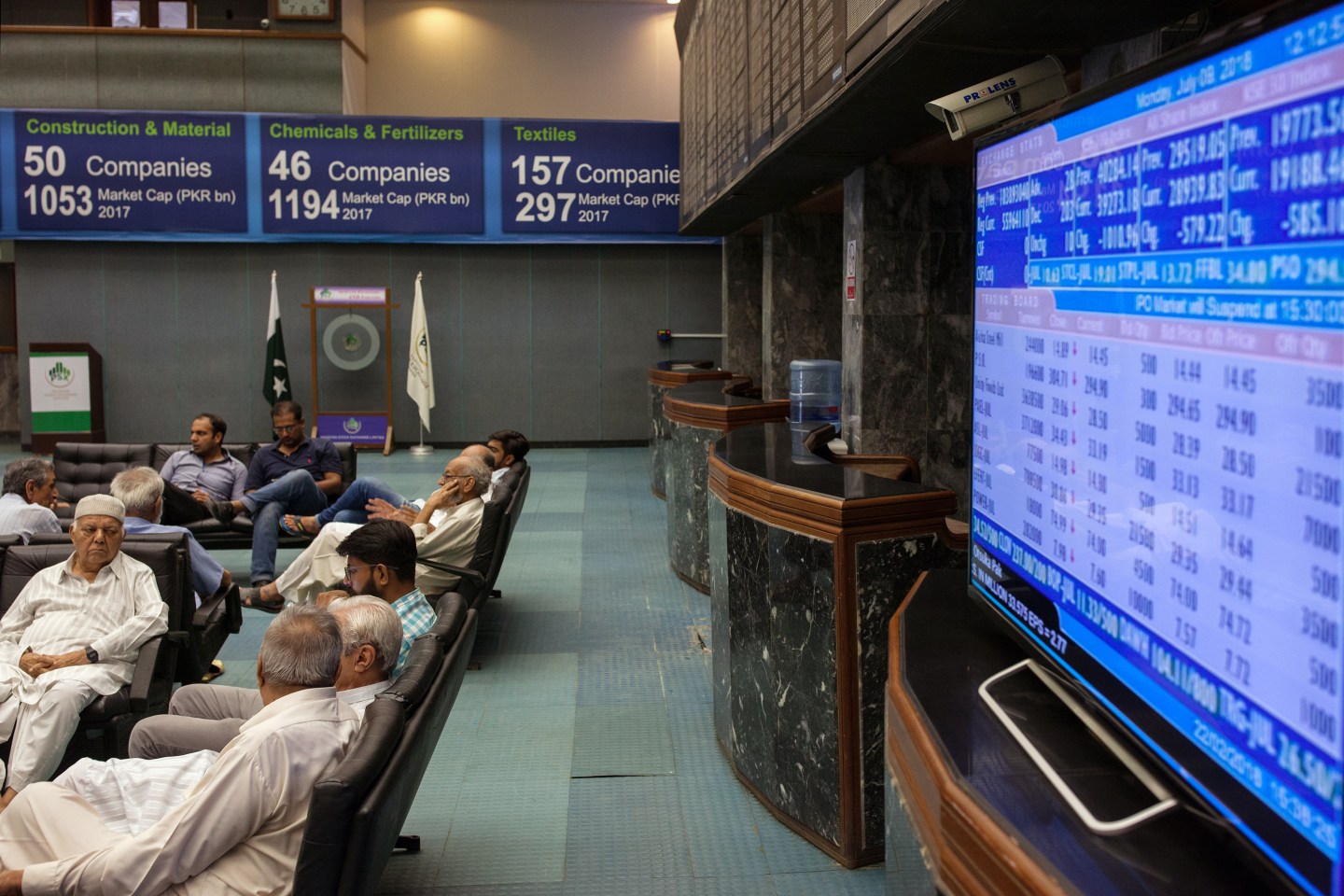 People sit next to a monitor displaying stock prices during a trading session at the Pakistan Stock Exchange in Karachi, Pakistan in 2018. On Monday, gunmen tried to storm the complex housing the stock exchange, leading to a deadly exchange of fire. Wire photography: Asim Hafeez/Bloomberg via Getty Images
Asim Hafeez—Bloomberg/Getty Images

Pakistani security officials killed four gunmen in Karachi before they could enter the stock exchange building with automatic rifles and hand grenades.

The attackers were not able to enter the main compound, Farrukh Khan, chief executive officer of the exchange said by phone. The situation is under control now, said Khan. The KSE 100 index, which dropped after news of the attack, gained 0.4% at 12:59 p.m. in Karachi.

“There was very heavy firing,” said Abid Ali Habib, chief executive officer at Aba Ali Habib Securities Pvt. who was in his office on the fourth floor. “We decided to close our office doors with no movement inside or out.”

Terrorists opened fire when security officials were checking their car, according to Habib. The stock exchange is located at one end of I.I. Chundrigarh Road, home to the central bank, and headquarters of most major banks in the nation.

One policeman and two exchange security guards were killed, senior police officials said on local TV, in what was the worst terrorist attack in Pakistan’s financial hub in two years. The incident mirrors an attempted raid on the Chinese consulate in the city in 2018 that killed at least seven people.

“It seemed to be a planned hostage situation that was stopped,” said Ikram Sehgal, a former military officer and chairman of Pathfinder Group, Pakistan’s largest private security company. “There will be more such attacks.”

Baluchistan Liberation Army has claimed responsibility for the attack, the Associated Press reported. The militant group has been demanding independence for Baluchistan province, which is rich in gas.

The exchange compound has two main buildings with one for stock exchange management and another for brokerage houses. Security officials have evacuated the building to check for other attackers.

“I was a minute away when I got a call from the office about the attack,” said Zafar Moti, head of Zafar Moti Capital Securities Pvt. He decided not to head into office.