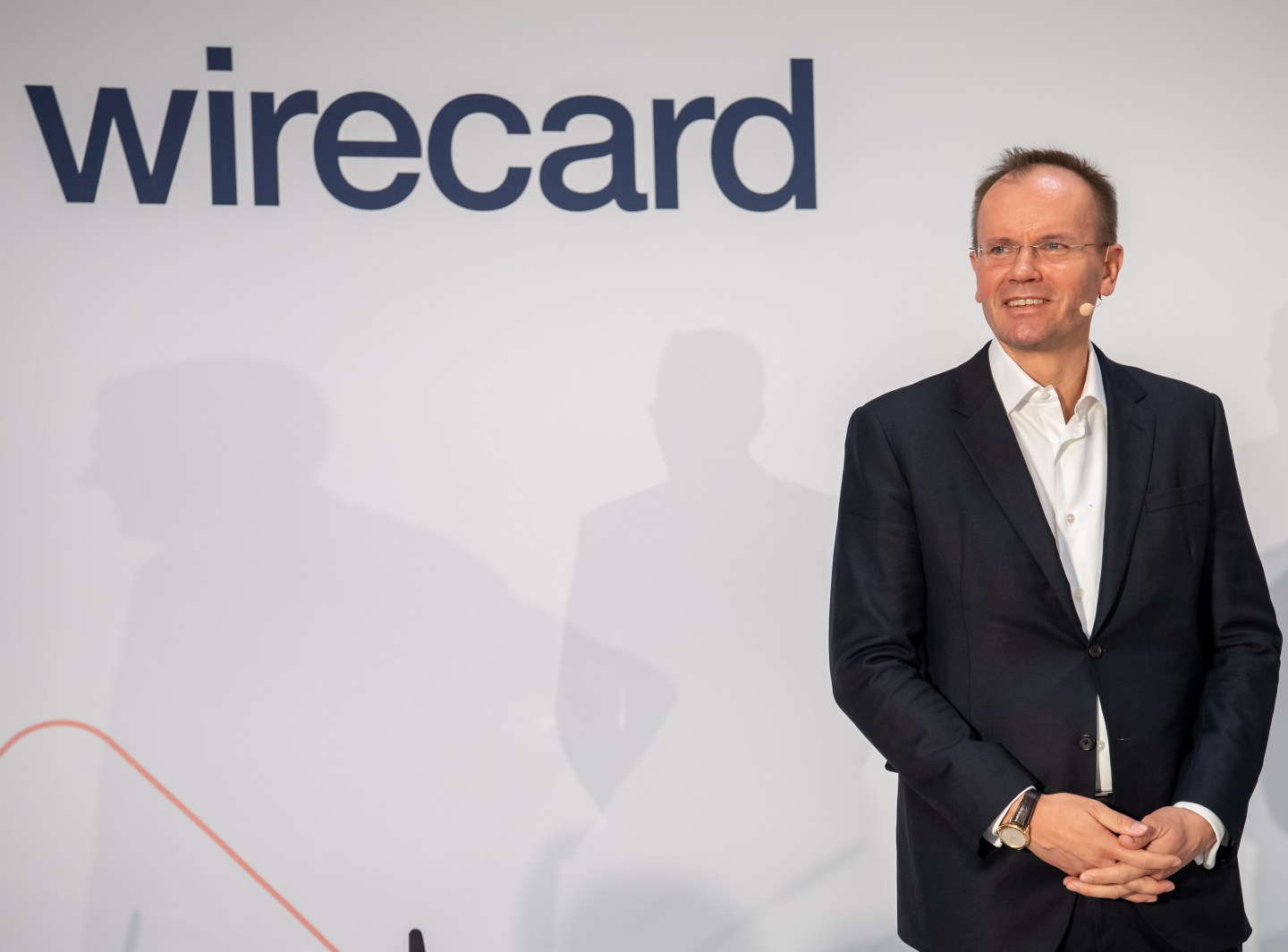 Wirecard AG’s former chief executive officer was detained by Munich prosecutors after 1.9 billion euros ($2.1 billion) went missing from the digital-payment company, in a scandal that has rattled Germany’s financial industry.

Markus Braun, who resigned last week, turned himself in Monday evening in Munich as part of a probe into the company’s accounting practices, prosecutors said in an e-mailed statement. A judge will review whether he can be kept in custody Tuesday afternoon.

The company is fighting for survival after acknowledging the missing funds probably don’t exist. The payment processor said it’s in discussions with creditors and is considering a full-scale restructuring after pulling its financial results for fiscal 2019 and the first quarter of 2020.

“It’s a brutal development — it could hardly have turned out worse,” Oliver Kipper, a defense lawyer who isn’t involved in the case, said before Braun’s arrest. “You should know what happened to 1.9 billion euros of assets you have listed in your books.”

In less than a week, the fintech company once hyped as the future of German finance has lost most of its market value.

“It’s a complete disaster we’re looking at,” said Felix Hufeld, head of BaFin, Germany’s top financial regulator, at a panel discussion Monday. “It’s a shame that something like that happened.”

Munich prosecutors said Braun is suspected of inflating Wirecard’s balance sheet and sales volume by faking income from transactions with so-called third-party acquirers, possibly in cooperation with other perpetrators. That would make the company appear financially strong and more attractive for investors and customers.

Prosecutors said that they are likely to add additional suspects to the probe.

Braun’s arrest will come as a further shock to Wirecard employees. Interim Chief Executive Officer James Freis told employees on Monday to expect a major restructuring as it tries to salvage the company, people familiar with the situation said.

In his first message to the company as interim chief, Freis said in a pre-recorded video that management is looking at all options, including selling assets, said the people, asking not to be named as the situation is private.

Wirecard is working with investment bank Houlihan Lokey on a financing strategy, while also considering a broad restructuring to keep its business operations going, the company said on Monday.

Wirecard had been championed by German politicians as their own tech giant. It became a favorite of investors, breaking into Germany’s elite DAX index of the largest companies in 2018, at the expense of the then 148-year-old Commerzbank AG.

The Wirecard saga has been under review for months, but prosecutors’ focus is likely to have changed with last week’s developments.

Initially, authorities looked at media reports that caused the stock to tumble, with Wirecard a potential victim of market manipulation. Then, earlier this month, they began an investigation targeting the management board, over how an internal review by KPMG was communicated to the markets.

The arrest of Braun shows, however, that the probes have come full circle, with the former victims becoming the suspects.

“Given the numbers, it’s certainly the biggest accounting scandal in Germany,” said Katie Schroeder, a criminal defense lawyer in Frankfurt. “You’d have to think pretty hard to find a case of such scope.”

Correction and update, June 23, 2020: This post has been updated to correct the headline. Markus Braun is the former CEO of Wirecard.