How the U.S. should incentivize innovation during the coronavirus pandemic 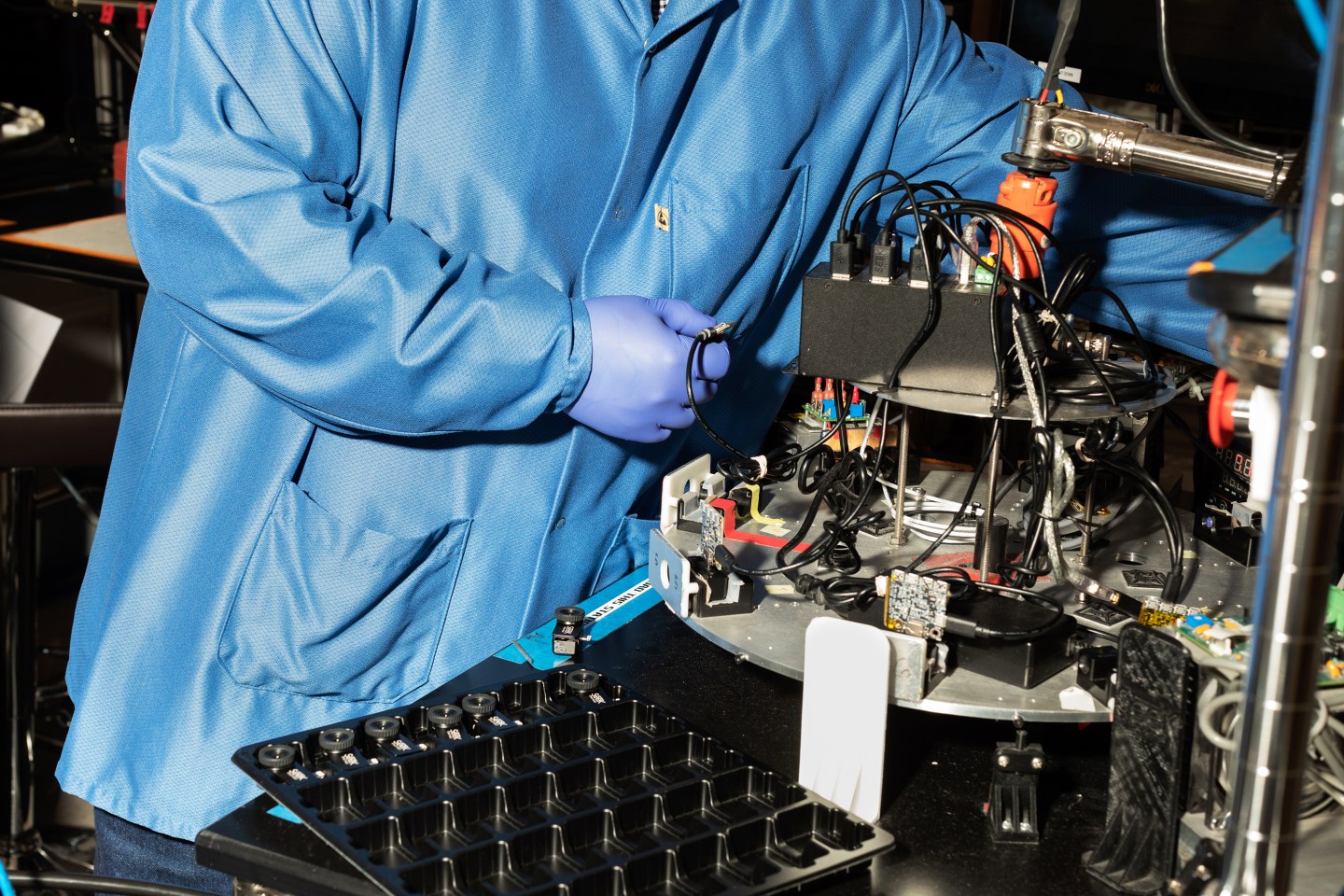 A worker puts cores into compact cameras at the Seek Thermal manufacturing facility in Santa Barbara, California, U.S., on Monday, May 11, 2020. Demand for thermal-imaging equipment to screen workers temperatures is soaring as manufacturers and businesses prepare to return to operations while trying to prevent the spread of Covid-19. Photographer: Maggie Shannon/Bloomberg via Getty Images
Maggie Shannon—Bloomberg/Getty Images

The U.S. is facing a path diverged.

During the third month of the COVID-19 pandemic, Americans are rightfully wondering not only how long this health and economic crisis will last, but what the other side of this tragedy will look like.

When it comes to supporting the economy and the American business owner, how much of what we’ve implemented during the crisis will remain? What support strategies will disappear?

Or, perhaps more broadly, how can the U.S. leverage the obvious resurgence of American innovation during this crisis to compete on a global scale in ways we never have before?

While this crisis has certainly held certain aspects of the U.S. economy hostage, particularly the manufacturing industry, it has also put a spotlight on our country’s ability to adapt quickly and innovate rapidly.

Congress has admirably reacted quickly to help American taxpayers and businesses in the short term through multiple phases of COVID-19 relief. Where we are failing, however, is the need to look long term.

It’s clear that we face two choices in our path forward as a country.

One route is to shift back into our old way of thinking, where temporary incentives and weak policies continue to half-heartedly support America’s educational system, workforce training initiatives, and business innovation measures—leaving China and others with an open track to continue harnessing control over global supply chains.

Or instead, we can seize on this opportunity to acknowledge the hare-paced surge in innovation that American businesses have leaned into during this pandemic and offer comprehensive, sustainable, long-term support to prohibit that pace from tapering out.

I vote for the latter, and I know it’s possible to get there, as we’ve done it in the past with the Economic Recovery Tax Act of 1981. Then, we offered a tax credit to businesses who were improving their products or processes. This legislation helped the American auto industry compete at a more global scale, and drove the unemployment rate in automotive back to pre-recession levels.

This credit is proven and continues to work today. (Alliantgroup offers a variety of consulting services, including tax credit support, for small and medium-size businesses in numerous industries, including those described in this article.) Congress is now looking to accelerate the credit’s impact with the proposed bipartisan FORWARD Act, which Alliantgroup endorses.

While American companies have shown incredible ingenuity by addressing our health care needs during this crisis, much more needs to be done to sustain those efforts.

And although innovation tax credits are essential, our country needs to embrace systemic changes at a deeper level to come out of this crisis with an eye toward sustainable growth, and the ability to weather the next storm.

This includes creating systems that bring technical labor back to the U.S., encouraging the implementation of advanced manufacturing technologies so we aren’t left relying on others for necessities, such as PPE in times of crisis.

This starts with how we educate our youth, placing a heavier emphasis on STEM subjects in order to direct American students toward careers in medicine and engineering—fields that countries like China and India are increasingly dominating. But, most critically, this technological sea change needs to be driven by a change in the nation’s mindset concerning automation.

Certainly, in an environment where millions are out of work, there isn’t a single person who would want to bring on tools that could replace human labor. But, contrary to popular belief, that isn’t the case with automation.

These technologies bring opportunity for new jobs, including for those who need to develop, maintain, repair, redesign, and integrate the tools necessary to compete on a global scale. If we don’t move now, other countries will run away with what has become critical in geopolitics: control of the global supply chain.

China already took its fate into its own hands when it launched the Made in China 2025 initiative in 2015. This multifaceted plan is the country’s moonshot to lead the world in high-tech industries, from robotics to medical devices.

So far, it’s working, as evidenced by China’s grip on manufacturing in a variety of sectors, including drugs and active pharmaceutical ingredients.

We are currently in a new age of discovery. One that brings industrial evolutions, such as automation, led by engineers and software developers instead of the untouched territories discovered by frontiersmen. And, although it seems America’s focus on using that explorer mentality to climb to the top of global competition has waned in recent years, this can be a time to reignite that flame.

The American workforce is incredibly flexible, but the businesses that make up the backbone of our economy need a thriving market, trained workforce, and available capital in order to compete.

Legislation like the FORWARD Act incentivizes domestic manufacturing through increased tax credits that provide a long-term solution, but the same types of policies should be created that reward companies for their training programs, schools that produce necessary domestic technical labor, and businesses that invest in new technologies to give our country a leg up.

These will be plans for long-term growth. Plans that have the potential to give the U.S. the fighting chance it needs in battles that rage abroad, such as the race to 5G. It’ll create a system that is sustainable for more than just short-term crisis survival—and the key will be aligning incentives correctly.

This doesn’t mean that an open market shouldn’t be at the core of this strategy. It simply means that incentives can be the vehicle for change.

America needs to develop policies that keep our modern-day explorers, the technical labor that drives industries forward, here. The timing is mission critical. The opportunity for change is wide open.

Let’s embrace the abnormal and dive headfirst into an era of constant change where our country has repeatedly proved to be a force to be reckoned with.

Rick Lazio is a former U.S. representative and senior vice president of Alliantgroup.