45.7 million have filed for unemployment during the pandemic—greater than the combined population of 23 states 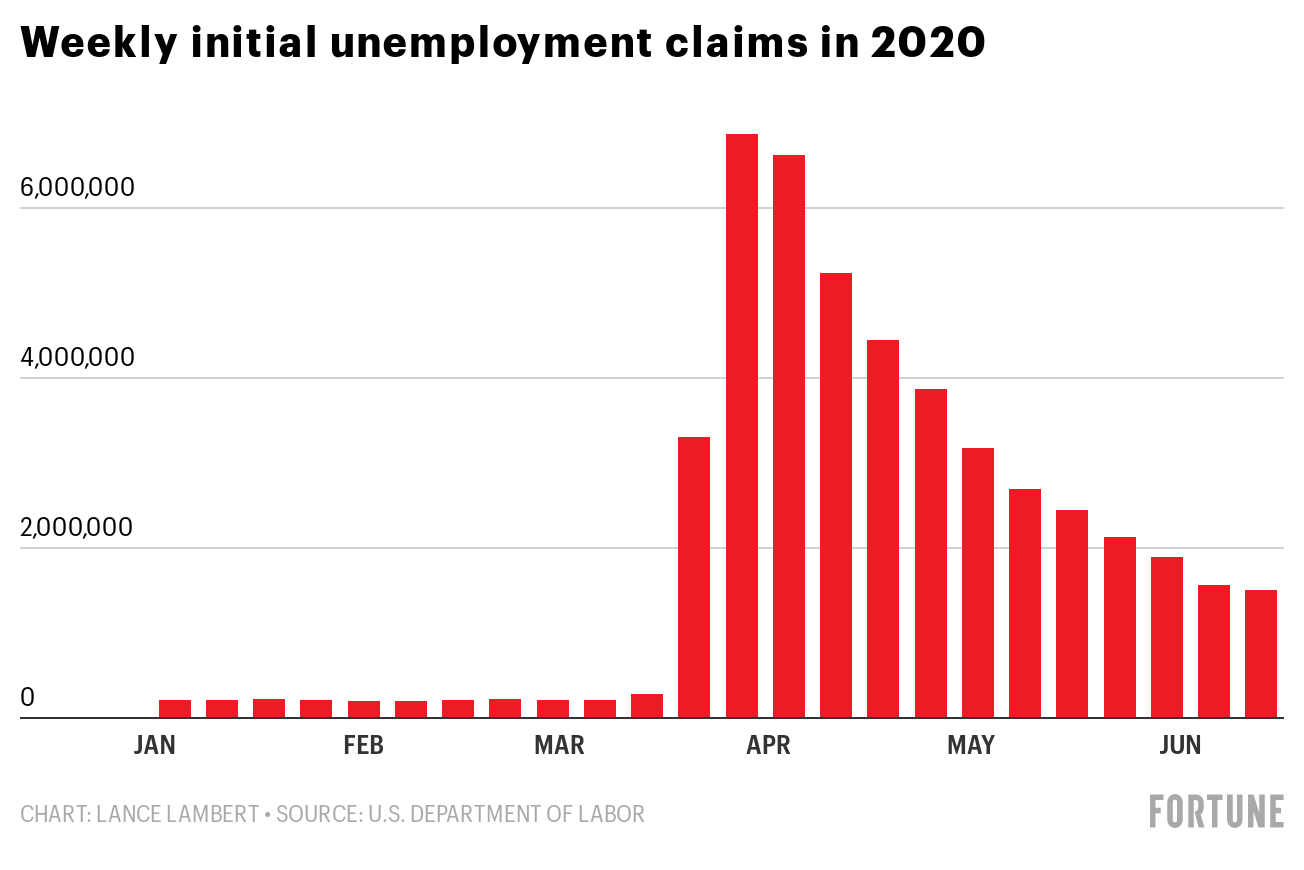 More than 1.5 million Americans filed initial unemployment claims in the week ending June 13. That’s an improvement of 58,000 on the prior week, but the latest figure comes in above economists’ estimates. More worryingly, it marks 13 straight weeks with jobless claims topping a million.

That brings the total unemployment claims since the start of the coronavirus shutdowns to a whopping 45.7 million, according to the U.S. Department of Labor. That’s greater than the combined population of 23 American states.

Americans currently on the unemployment rolls are receiving an additional $600 weekly in benefits on top of their state benefits. The 1.5 million who filed claims last week will still get this benefit, but only through July 31—that is, unless the federal government extends it.

With waning political support and an improving economy, it’s unlikely the $600 weekly benefits get extended.

But even as weekly jobless claims again topped 1 million, the total number of Americans receiving unemployment benefits—continued claims—actually fell another 62,000, to 20.5 million. As more states ease their shutdowns and employers start to rehire, the number of out-of-work Americans on the unemployment rolls has fallen 4.4 million from its peak of 24.9 million on May 9.

A continued fall in the number of Americans on state unemployment rolls is another sign the economy has moved from a historic contraction to the beginning of a recovery. As such, American employers are steadily bringing workers back. In May, the unemployment rate fell to 13.3% from its peak in 14.7% in April.

While 45.7 million have claimed unemployment benefits at some point during the pandemic, only 20.5 million are currently receiving the benefits. The reason for the huge gap? Workers put on furlough, even for just a week, can apply for jobless benefits, and employers in reopened states are bringing workers back. Some states are also still wading through their backlog of applicants.