The U.K. is complicit in antiblack racism—and has a responsibility to fight it 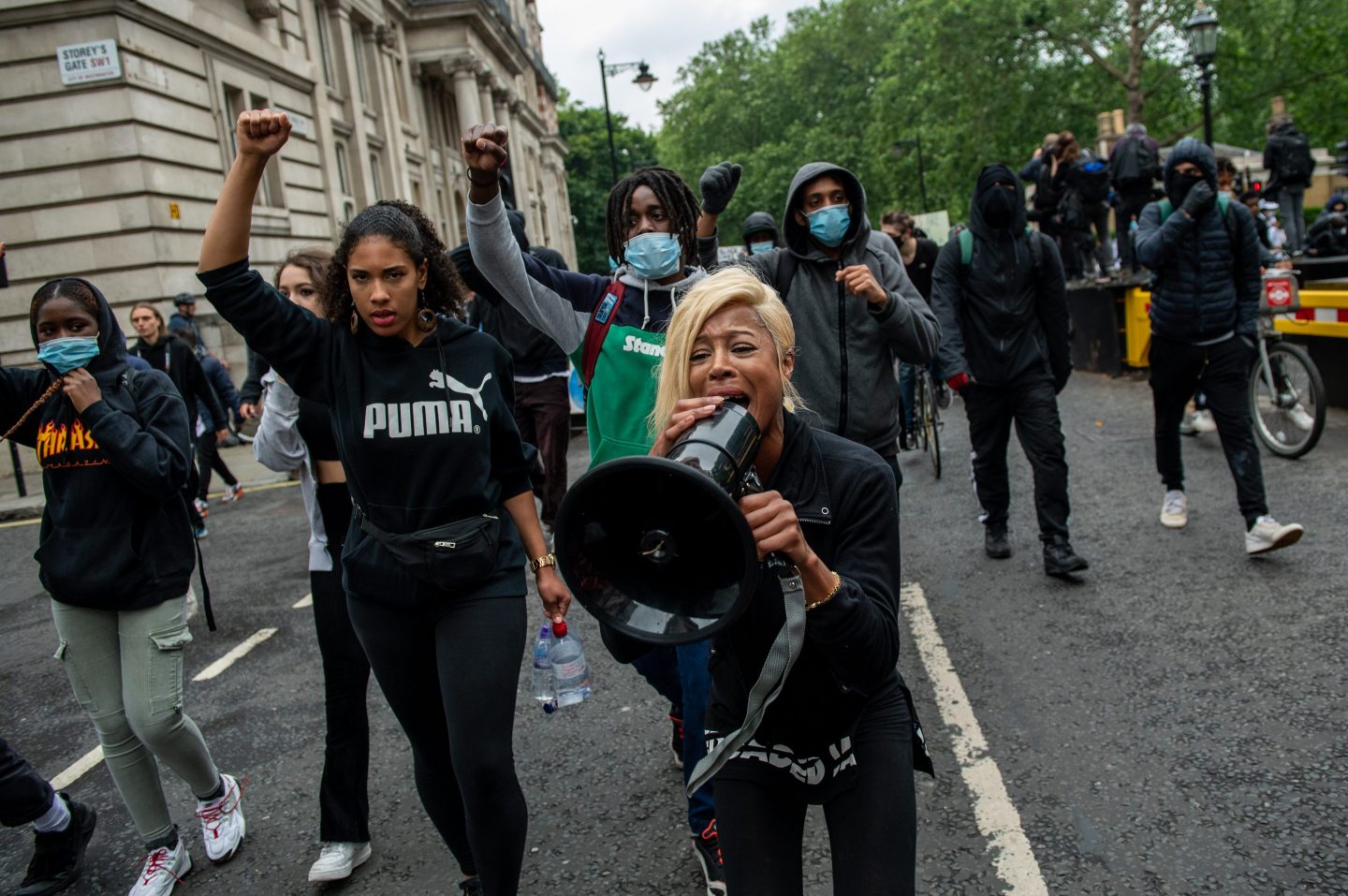 The killing of George Floyd left the world shocked and led to a global surge of awareness about the experience of the global black community. The world has awoken to the need to tackle racial injustice. And there has never been a moment in my lifetime when the need to create long-lasting change has felt more urgent than it does now.

The challenges that the black community faces are real. From the frustration of overt and subtle racist acts to wider systemic racism and the lack of economic advancement that follows, we need to tackle the individual and systemic prejudices that exist both within the workplace and wider society. But now there is hope that for once, people will no longer be afraid to speak out in support of the black community.

During this period, I have been overwhelmed with messages from people both expressing how they feel and suggesting what needs to be done to create positive change in the U.K. Some people have messaged me to say that racism in the U.K. isn’t that bad. Others have told me that they don’t feel comfortable speaking out about their experiences for fear of losing their jobs. If, at this time, some black people in the U.K. still feel too afraid to speak out, then I don’t know when they will be able to.

I find myself in a strange space. On one hand, this feels like a watershed moment. But unless the black community in the U.K. seizes this moment, it will pass by and be forgotten. In the U.K. and across the world, we must not let ourselves forget this moment—but instead channel our passion and awareness into real change. That is what inspired 56 Black Men’s recent Let’s Not Forget campaign.

Unless we are direct and honest, unless we come together with a common progressive goal, unless we are laser focused on creating change, history has shown us that it will most likely repeat itself.

The U.K. needs to take ownership of its past. That includes the slave trade, imperialism, and colonialism. Instead of brushing it under the carpet, we must confront it head-on. Today, views of racial superiority have solidified into the workplace and wider society. It is no secret that most boardrooms in the U.K. are disproportionately white. For example, there is only one black CEO in the FTSE 100, an index of the top 100 British public companies by market capitalization. This drives home how lacking black representation is in U.K. decision-making positions.

From speaking with many U.K. corporations, I have found that too often, corporate interest in diversity is no more than lip service. Too often businesses silence the black community by emphasizing more general terms such as “BAME” (black, Asian, and minority ethnic) or “disadvantaged communities.” While these companies’ intentions may not be bad, many black people I have spoken to still do not feel they have an authentic voice when businesses emphasize terms that do not refer specifically to the black experience.

I am calling for a shift in mindset among business and government leaders. I am calling out the white-centric education system in the U.K., and I suggest incorporating the country’s true past of oppression into school curricula. This way, we avoid oversight of the systemic racism that exists in the U.K. and open up the conversation for history to stop repeating itself. The real history of Africa should be taught with the same emphasis as the histories of other societies; the black historic narrative did not start with chains.

Real change often starts with those in decision-making roles. Until they make racial injustice a priority, we will continue to speak up until we see change in the U.K.

The comfort zone is a nice place, but nothing ever grows there.