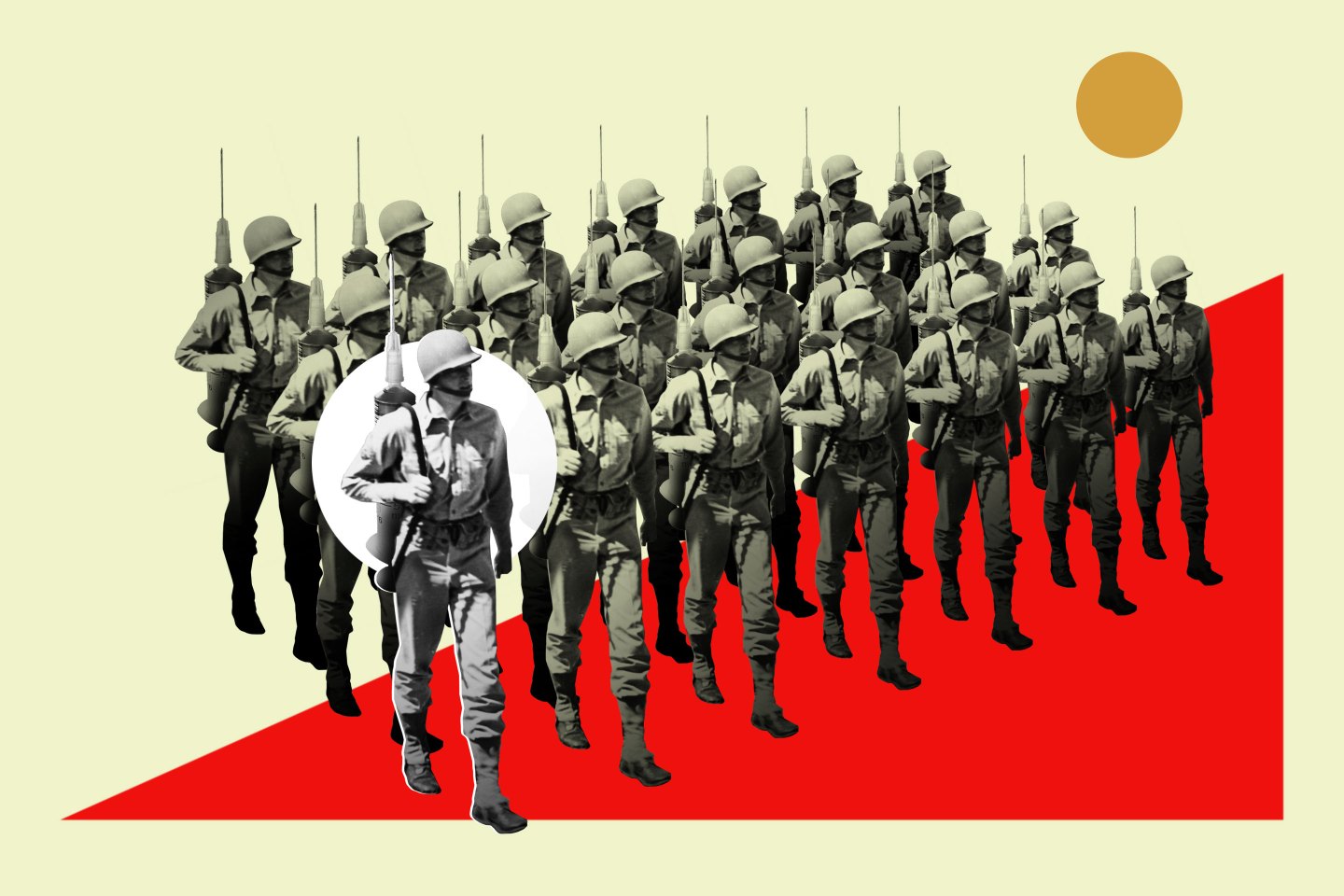 The war against COVID-19 is unlike other wars in that the enemy is invisible and inhuman, without armies, generals, or deadly hardware, and all the more insidious for being microscopic. Yet in terms of its economic consequences, the global struggle against the coronavirus does resemble previous wars in some—but not all—respects. As countries tackle reopening, history can provide helpful clues about what to expect next, in terms of the speed of recovery, potential winners and losers, and the changed role of government.

The current economic cycle is similar to the mass mobilization of the two world wars. This time, though, the mobilization is happening in reverse, an at-home mobilization of residents being asked to stay home, forgo paychecks, and risk unemployment rather than enlist to fight.

Government spending has ramped up to finance this reverse mobilization, paying workers directly or through their employers, just as it did soldiers in war. Across Europe’s five largest economies, more than 30 million furloughed workers continue to receive much or all of their pay via government subsidies to companies. In the United States, roughly half the Coronavirus Aid, Relief, and Economic Security (CARES) Act package includes direct payments to households, expanded unemployment benefits, and paycheck protection for employed workers. This at-home mobilization, which totals to about $1.23 trillion, amounts to nearly 6% of U.S. GDP—roughly the U.S. military budget’s share of GDP in 1941.

Government during the two world wars became the primary actor and purchaser in the economy—and while that isn’t yet the case in this crisis, its role has certainly grown substantially. At the start of the First World War, government consumption in Britain jumped from 8% of GDP in 1913 to nearly 40% in 1917, according to analysis of the Bank of England’s millennium data set. During the Second World War, America’s government consumption rose from 15% of GDP in 1940 to 48% by 1943.

Public debt today is much higher to begin with, and central banks have massively increased their assets. The U.S. federal balance sheet jumped from about $4 trillion in 2019 to $7.1 trillion, and in Europe, central bank assets have also risen sharply, increasing in recent months by around 800 billion euros ($887 billion) to 5.5 trillion euros ($6.1 trillion). The public purse is thus already as stretched in many countries as it was at the end of the Second World War. Yet, if this wartime economy continues for more than one or two quarters, growth in government consumption is what will keep GDP growth going as households cut back on consumption, businesses cut back on investment, and exports fall.

As in previous wars, there are likely to be clear winners and losers among sectors. Resources move quickly from one area to another in wartime. Governments call the shots for anything deemed strategic, from tanks to food. Meanwhile sectors that depend on households’ discretionary spending could see a fall in output; between 1941 and 1944, for instance, urban American households reduced their spending on household furnishings, appliances, recreation, and entertainment by 25%, according to analysis of data from the U.S. Bureau of Labor Statistics. Likewise, during this pandemic, economic loss has been disproportionately in sectors affected by the lockdowns, like the transportation, entertainment and recreation, and hospitality industries.

The war analogy does not always hold up. During the two world wars, mobilization ramped up to absorb all the slack in the economy, tightening the labor market, and raising inflation. Unemployment essentially disappeared. Today, it is hard to imagine that most of the 33 million U.S. workers that filed for unemployment since the pandemic spread or the 30 million furloughed workers in France, Germany, Italy, Spain, and the U.K. will be absorbed by mobilization. Instead, countries may settle for a half-normal situation, one in which travel and hospitality operate well below capacity, bankruptcies and financial hardships continue at a steady pace, and persistent worries remain about a new wave of infections.

Could this war end with a recession? That is what happened in the U.S. after both world wars, the American Civil War, and the Korean War. While government consumption shrank quickly, households did not have the income growth to step up as economic engines. This time, some of the conditions for a post-pandemic slowdown have already been seeded. Governments will pull back their extraordinary fiscal measures, and rising public debt could trigger concerns and calls for cutbacks and austerity. Household spending may take time to recover if unemployment continues to be high.

This pandemic has highlighted the economic insecurity of millions. But if the past is a guide, social reforms could follow. In Britain, France, and some other European countries, major welfare reforms were enacted during or at the end of the Second World War. In the U.S., the GI Bill gave returning soldiers an opportunity to upgrade their skills and education. Thus, the post-pandemic recovery could potentially accelerate changes such as universal incomes, remote work, and greater resilience for households, workers, and companies in supply chains. If such changes are enacted, we could end up with a renewed social contract that improves income security, expands access to technology, and creates a rising tide of productivity and economic prosperity.

Gary Pinkus is chairman of North America for McKinsey.

Sree Ramaswamy is a partner at the McKinsey Global Institute.