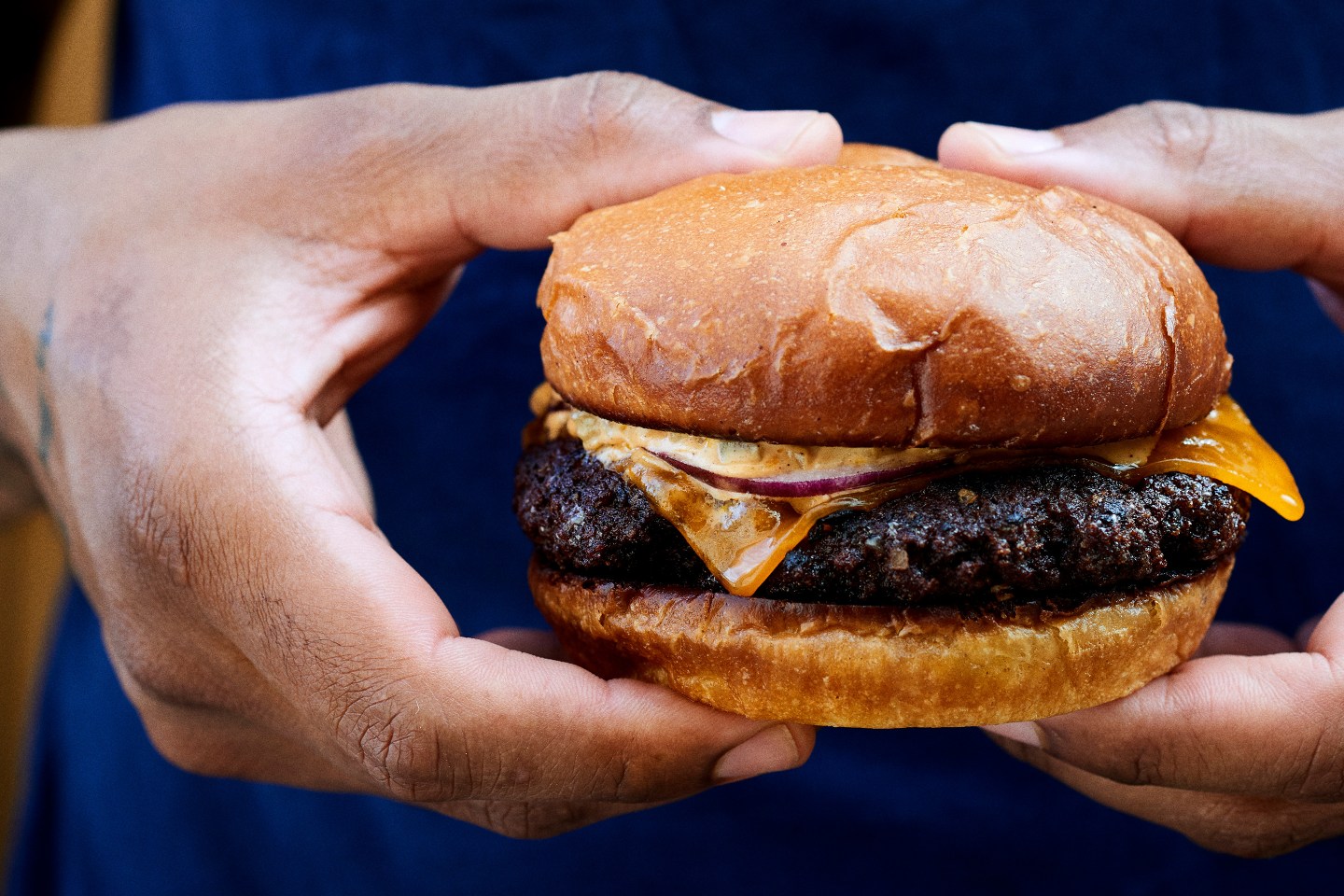 Noma, four times winner of the title of World’s Best Restaurant, reopened this week in Copenhagen—as a wine bar with burgers.

You normally have to book a table months in advance at Noma, whereas the new incarnation is no reservations. The prices are accessible, too. A burger starts at 125 Danish kroner ($18.40) to take away, which might sound a lot outside Denmark but is in line with local costs and compares with 2,650 kroner for the usual menu of about 18 courses. (The burger is 150 kroner at the table.)

Fans of René Redzepi’s creative gastronomy need not fret. The wine bar is a pop-up in the gardens of Noma restaurant, which is scheduled to open in 1-½ to 2 months after the coronavirus shudown. Redzepi says his aim is to help kick-start social life in Copenhagen.

“Our dream for this is to get people active, to start coming out again,” Redzepi says in a telephone interview. “That’s the main purpose. We wanted to come up with something to show everybody is welcome, which is why we decided on the mighty burger to open. The response has been incredible.”

Don’t expect a gourmet burger with truffles and caviar.

“It’s got to be a burger as we know it, so we are doing a cheeseburger,” he says. “But what we have in our toolbox is that we have the best ingredients, the best quality of meat. The potato buns are going to be made fresh every morning, and the meat will be ground three times a day from grass-fed beef, and we’re hand-chopping organic onions. Small things like that make a big difference.” Vegetarian and vegan options will also be available.

The new space seats 65 and will be open from Thursdays through Sundays, 1 p.m. to 9 p.m. Beers will be 50 kroner and wine from 95 kroner a glass and 425 kroner a bottle. Isn’t Redzepi concerned there will be long queues? A similar experiment in Mexico found walk-in queues from 4 a.m. for seatings 14 hours later, he says.

“No, we hope for them,” he says and laughs. “But you have to realize that Copenhagen is not London. We are a city that is 10 times smaller than London and we have zero tourists. The town is so quiet. I’ve never seen it this quiet.”

The formal restaurant will reopen with about half the number of guests, Redzepi says, with a single seating instead of two.

Noma opened its outdoor wine bar on May 21. No reservations were needed.
Courtesy of Ditte Isager

“A lot of the people from the first service would stay on the premises, in the garden or the lounge,” he says. “Anyway, I wouldn’t honestly expect to fill two seatings. Where would the guests come from?

“Our government has given us a fighting chance to get through this (coronavirus). People don’t have to wear masks and the restrictions are not crippling. We have to have two square meters per guest and there has to be a meter between tables. Those are the bigger ones, plus strict sanitation rules you need to follow but we were doing that anyway.

“I don’t know how things will change. We are one of the best restaurants in the world and we are opening up with burgers, and ice-creams for kids. How much more different can it be? We are doing the most casual thing of all the good restaurants. Later on, we will have a few more wine-bar type snacks, oysters crudités, vegetables. This is a new experiment where the door is open to everyone and it feels quite exciting.”

He says he is trying to work out if it will be possible to have a casual, walk-in dining space at Noma alongside the restaurant.

“I still feel like cooking and taking the best of the seasons and putting it on the plate, but maybe Noma can be more than that as well.

“If we can find a way to fuse the Noma that was with Noma of the Covid-19 era, it is exciting.

“The restaurant trade is going to be incredibly hard hit over the next year. Most restaurants in Europe kept afloat by government aid and that makes a giant difference. But once everything opens up, people are going to be worried to go out and there are no tourists in town. Margins are already thin. It is going to be very bad. There is going to be a lot of unemployment in our trade. Everyone is going to have to think very differently for sure.”