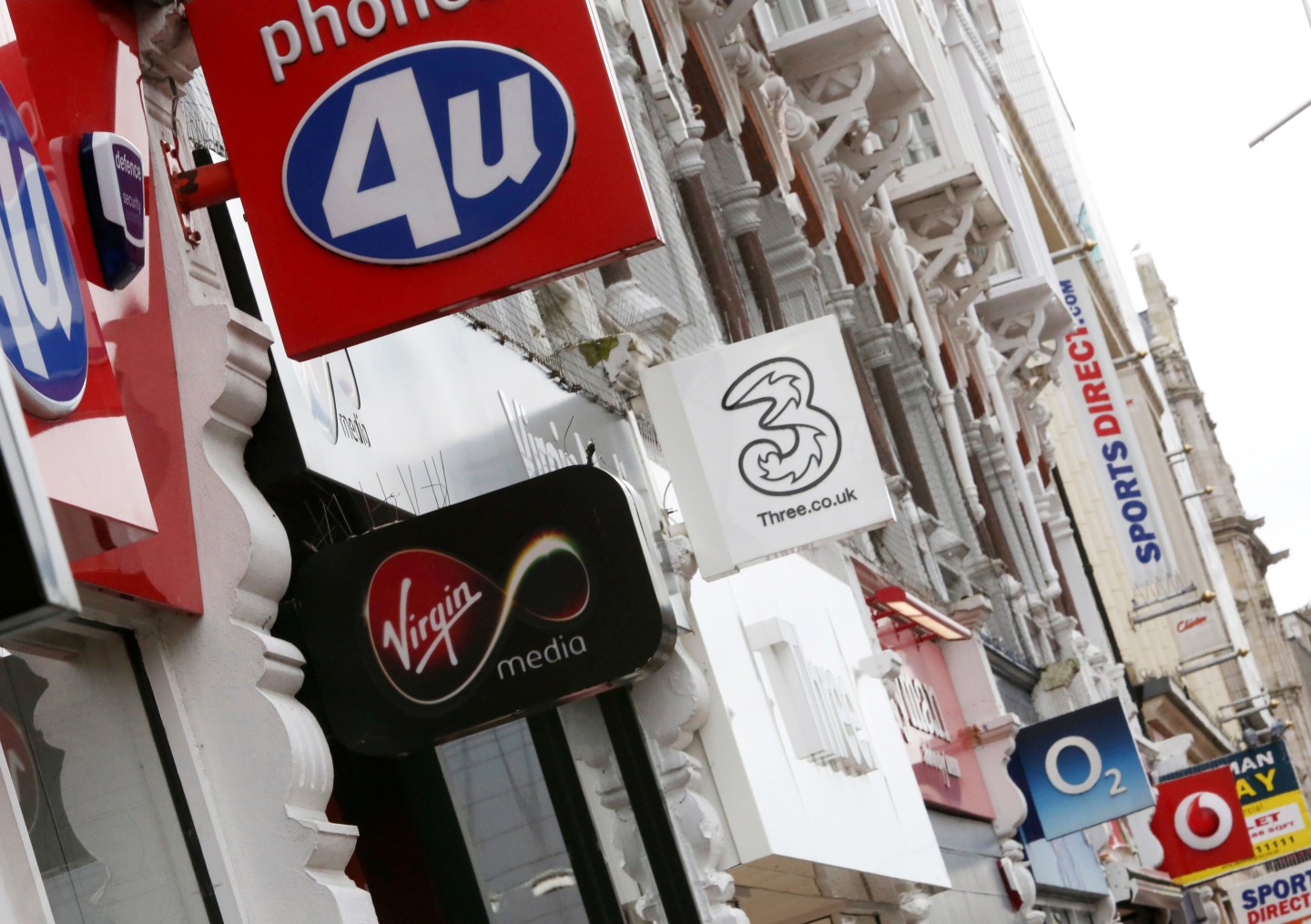 Telefonica SA and Liberty Global Plc have agreed to create the U.K.’s largest phone and internet operator, threatening their rivals and marking another industry-defining deal for billionaire John Malone.

The joint venture, first reported by Bloomberg, is a chance for both parent companies to rework two mid-tier rivals into a fully-fledged competitor to BT Group Plc in so called converged services, which combine fixed and wireless phone, broadband and television. It is also one of the largest deals since Covid-19 was declared a pandemic in early March.

Telefonica’s share rose as much as 4.4% as the announcement overshadowed mixed earnings, while BT revealed that it is canceling its dividend, causing shares to fall over 11%.

Telefonica will receive an initial payment from Liberty Global of about 2.5 billion pounds and another 5.7 billion pounds in future recapitalizations, and both companies will have equal stakes in the new venture. Each company will name half of the 8-member board, which will have a chairman who will rotate every two years. The deal is set to be completed in mid-2021.

The announcement is the latest deal for John Malone, Liberty’s billionaire chairman, who has been on a relentless M&A spree since selling cable provider Tele-Communications Inc. to AT&T Inc. for $48 billion in 1999. His track record took a knock late last year when his effort to sell UPC Switzerland for $6.4 billion fell apart.

Investors have punished Telefonica stock since Pallete became chairman four years ago, as the Madrid-based company failed to deliver clear prospects for growth and cutting debt. The shares are down 30% so far this year, even after he introduced in November a strategy to focus on Spain, Brazil, the U.K. and Germany, which generate the bulk of sales, and place other Latin America activities into a separate division.

By partnering with Liberty in the U.K., Telefonica puts Vodafone Group Plc in a difficult position. It deprives it of a potential partner which could have set it on the road to offering consumers fixed-line services wrapped into lucrative bundles at a national scale. And Virgin will no longer need to pay it for mobile wholesale access. That’s something Liberty would have needed to keep doing to capture potential new revenue streams from the next generation of wireless technology, such as the proliferation of smart devices. Analysts have not ruled out a fightback from the Newbury, England-based carrier.

While a potential IPO could provide “transparency” on the value of the new venture, the two companies aren’t “entering the deal with the idea of leaving,” Mike Fries, CEO of Liberty Global said. He added the transaction is a huge vote of confidence in the U.K., in spite of the uncertainties surrounding Brexit, which will “occur, and everyone will manage their way through it.”

The tie-up comes at a crucial moment for Virgin. Rival BT is the only U.K. operator to own both a mobile and fixed network, and it’s been investing to upgrade to fiber optic broadband. This threatens one of Virgin’s key selling points — the speed of its internet services. It also gets a partner with significant experience in convergence and building and operating fiber networks.

However, the merger means O2 can grow beyond the mobile-only market in which it currently operates.

Telefonica was one of the first European carriers to make the shift to convergence: offering fixed- and mobile-phone services, along with broadband and television. The company is also Europe’s leading operator of fiber-optic broadband, a crucial type of infrastructure which the U.K. is still struggling to roll out.

But it hasn’t always been able to take a leading market position with this know-how. In 2018 it was left as a mobile-only carrier in Germany, reliant on buying wholesale access from rivals in order to offer fixed and broadband services, after Liberty sold its cable business there to Vodafone.

“We think this deal will trigger a ripple effect on the UK market,” said Kester Mann, analyst at CCS Insight. “Vodafone, Three, Sky and TalkTalk will all be assessing their positions and further deal-making can’t be ruled out.”

—Saving lives vs. saving the economy is a false tradeoff, economists say
—Exxon Mobil’s CEO is banking on a return to normal, but most others aren’t so sure
—Cybercriminals adapt to the coronavirus faster than the A.I. cops hunting them
—How cannabis purveyors are coping during the pandemic
—Inside the chaotic rollout of the SBA’s PPP loan plan
—Listen to Leadership Next, a Fortune podcast examining the evolving role of CEOs
—WATCH: Why the banks were ready for the financial impact of the coronavirus

Subscribe to How to Reopen, Fortune’s weekly newsletter on what it takes to reboot business in the midst of a pandemic.