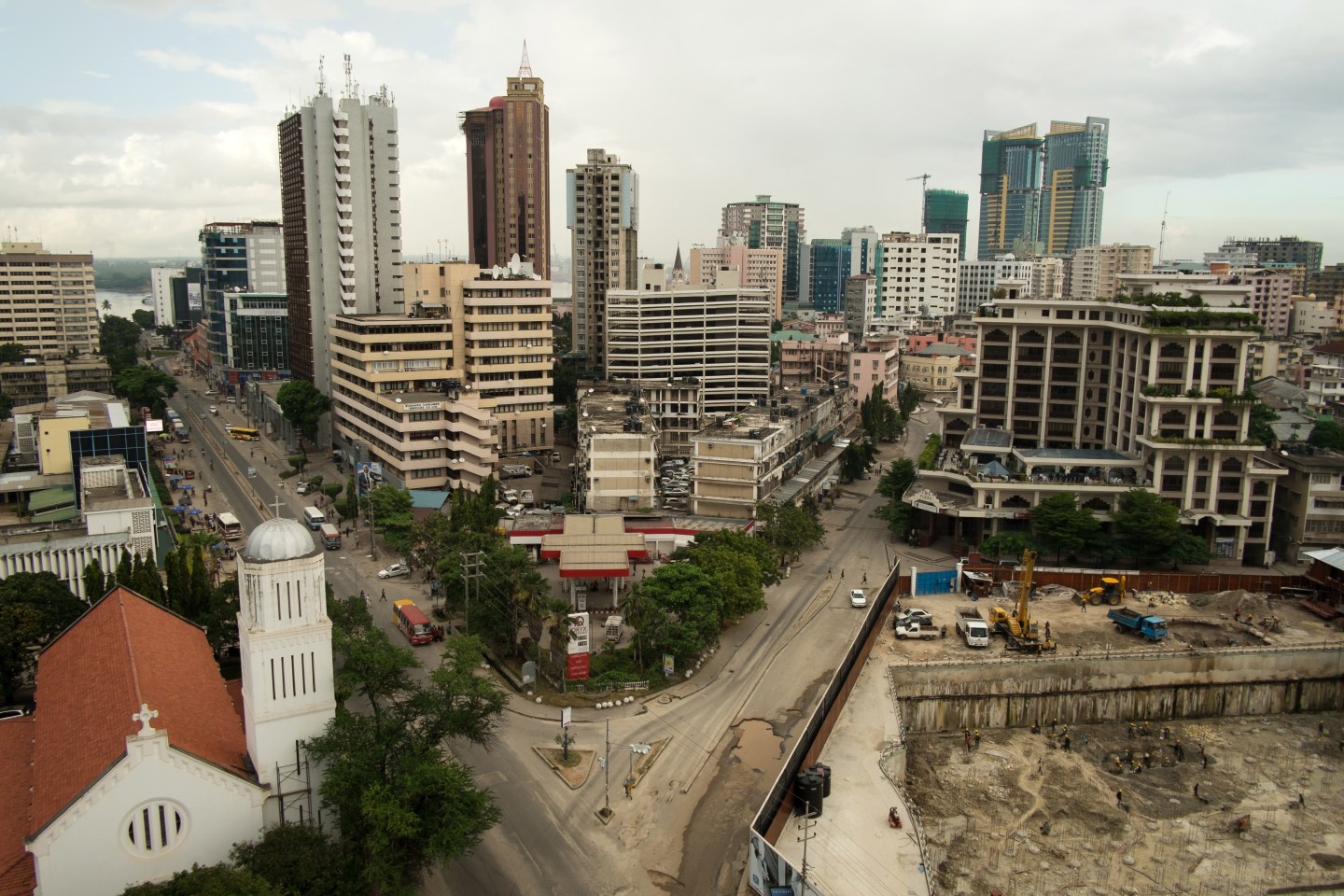 This article is part of a Fortune Special Report: Business Faces the Climate Crisis.

Gwilla Nkurlu is a busy man. As the owner and managing director of Climate Air, an air conditioning company based in Dar es Salaam, he spends his weeks traversing Tanzania. His 35-person company, founded five years ago, manages cooling systems for some of the abundant supply of new skyscrapers, hotels, embassies, and data centers across the country.

“Almost everyone has [air conditioning],” he said, speaking on a 93°F January day from the city of Arusha. “It’s pretty hot.”

Tanzania’s major cities—like others across Africa—are sitting at the apex of two profound transformations: rapid urbanization and climate change.

“This is basically the largest urbanization that human history will have ever seen,” says Laura Cozzi, chief energy modeler at the International Energy Agency (IEA) in Paris, and a coauthor of a 2019 report on Africa’s energy outlook. About 40% of Africa’s population of around 1.3 billion are currently living in cities. That’s about 520 million people—a number that has jumped by about 90% over the past two decades. In the next two decades, the urban population is expected to more than double, adding an additional 580 million people.

Meanwhile, says Cozzi, “On the continent of Africa, temperatures are changing more than anywhere else.”

The result? More work for Nkurlu, as cooling demand skyrockets.

Electricity demand for air conditioning is set to increase 10-fold by 2040 across Africa, according to IEA forecasts. That demand rises still higher when you factor in the need for other forms of cooling power, to manage food supply chains and medicine.

The demand boom is starting from a relatively low base. On average, about three households in every 50 continent-wide currently own an air conditioning unit, while more than half have an electric fan. Still, modernization and urbanization over the next two decades is likely to equate to tens of millions of new AC units—fueled first and foremost by rising demand from those who can already afford it. And the fossil-fuel energy required to power many of those units could exacerbate the problems associated with a warming planet.

Cities are hot, in every sense

Africa’s big cities will be hit particularly hard by both trends. Temperatures are typically 3°C to 5°C higher in high-density neighborhoods than in lower-density neighborhoods, according to the IEA. Africa currently has three megacities—defined as hosting 10 million people or more. By 2040, there are expected to be at least eight. Dar es Salaam is expected to reach megacity status by 2035.

If the demand is there, however, the challenge will be in meeting it. Half the continent’s population currently lacks basic access to electricity and, for the millions who have it, it comes at a steep cost. Lack of capacity, unreliable networks, and spates of drought that have hit hydropower capacity mean Africans generally have the most expensive electricity in the world relative to their average incomes.

Relying on diesel generators to plug the gaps—as many in Dar es Salaam still do—is like “putting Chanel No. 5 in your car,” says Cozzi.

Higher efficiency standards for air conditioners and sinking prices for renewable energy—in particular, solar—offer the best chance to fill the gap, says Cozzi. But it will take both public and private investment—at about quadruple the current levels—to expand and reinforce current electricity grids and create new supplies of low-carbon energy, including vast solar parks.

Some people aren’t waiting. In Tanzania, Nkurlu is working on a project to power air conditioning with solar panels. He aims to start this fall.

—Plastic that travels 8,000 miles: the global crisis in recycling
—5 charts projecting the cost of climate change by 2100
—Wall Street is starting to put pressure on the fossil fuel industry
—Business is finally starting to reckon with climate change
—Listen to Leadership Next, a Fortune podcast examining the evolving role of CEOs
—WATCH: PSEG CEO on climate change action: “It should have been done yesterday”