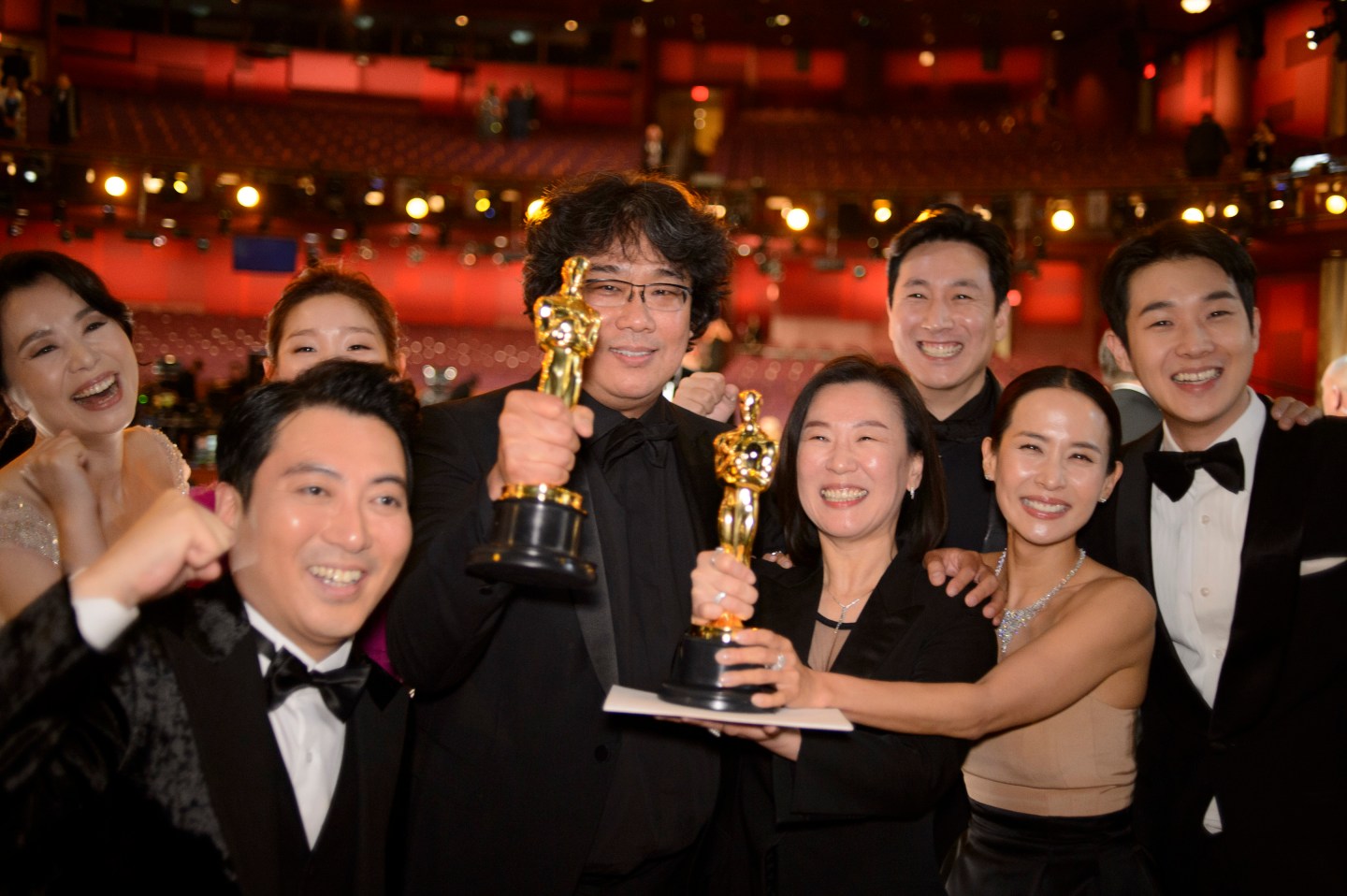 The fund, run by Seoul-based Ryukyung PSG Asset Management Inc., has invested around $500,000 in the movie that became the first foreign-language film in history to win the coveted Oscar for best picture. “Parasite” cost $11 million to make and has raked in $165 million so far, and ticket sales are set to climb even more after the award.

The privately-sold fund invests only in movies distributed by Korea’s CJ Group, and it has returned 72.1% since its launch in July 2018, according to data compiled by KB Securities Co. seen by Bloomberg News. It’s also profited from other Korean cinema hits including “Extreme Job” and “Exit.”

The fund’s success underscores how investors are parking their money in ever-more obscure alternative investments such as film-financing funds in the face of falling global interest rates. The film’s Oscar comes as cultural exports such as K-Pop and Korean soap operas become more important for South Korea’s economy at a time when the country is pivoting away from manufacturing-focused industries.

“Film funds are in the limelight at the moment,” said Andy Kim, an analyst at Samsung Securities Co. in Seoul. While the popularity of “Parasite” may help attract more demand, it may still be hard to widen the investor base significantly given the niche investment’s high volatility and the difficulty of assessing whether a movie will sell well, he said.

The fund isn’t alone in benefiting from the accolades “Parasite” received. Shares of Barunson Entertainment & Arts Corp., the movie’s production company, have surged about 90% this week. CJ ENM Co., the main investor and marketer, jumped 4.5% during the period.

NongShim Co., which makes instant noodle products featured in the film, has soared about 11% this week.