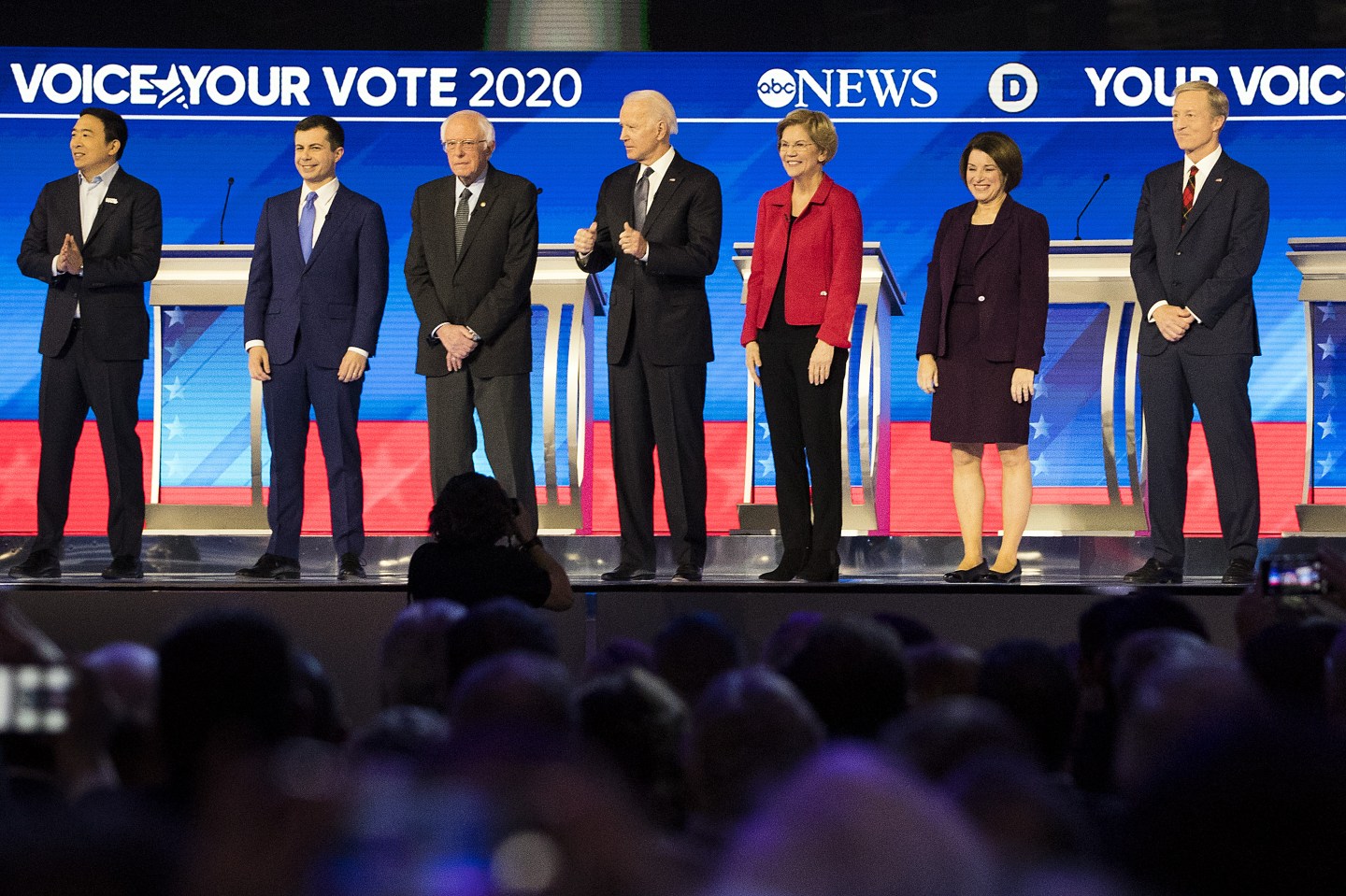 Democratic presidential contenders stretched beyond the facts on policy and sometimes on their own records Friday in their New Hampshire debate.

Amy Klobuchar called out Pete Buttigieg for an evolution on health care that he didn’t acknowledge. Joe Biden told only part of the story when he boasted about a success as vice president in getting troops home from Iraq.

A look at how some of their claims from Manchester, New Hampshire, compare with the facts:

KLOBUCHAR, on Buttigieg’s evolution on health care: “And Pete, while you have a different plan now, you sent out a tweet just a few years ago that said henceforth, forthwith, indubitably, affirmatively, you are for ‘Medicare for All’ for the ages.”

BUTTIGIEG: “Just to be clear, the truth is that I have been consistent throughout in my position on delivering health care for every American.”

THE FACTS: Klobuchar, a Minnesota senator, is right. Before he launched his presidential campaign, Buttigieg sounded supportive of “Medicare for All.” The former mayor of South Bend, Indiana, isn’t now.

In February 2018, he was involved in a Twitter exchange as liberals were pressing Democratic politicians to back a government health plan.

A day later, he tweeted out a column he wrote as a Harvard University senior, saying he’d “been on record on this one since 2004.”

On the same day, he sent out a separate tweet: “Gosh! Okay … I, Pete Buttigieg, politician, do henceforth and forthwith declare, most affirmatively and indubitably, unto the ages, that I do favor ‘Medicare for All,’ as I do favor any measure that would help get all Americans covered. Now, if you’ll excuse me, potholes await.”

BIDEN, saying President Barack Obama asked him to get 156,000 troops out of Iraq: “I did that.”

THE FACTS: True, but that’s not the end of the story. Obama asked Biden to take the lead in efforts to withdraw troops and coordinate efforts to maintain stability in Baghdad. What Biden did not mention was that some of the troops had to go back.

Obama and Biden failed to win agreement from the Iraqi government to keep a limited number of U.S. troops there after December 2011. That was the deadline for a complete U.S. pullout under a deal negotiated by the Bush administration in late 2008. Biden was still vice president when Obama was compelled to return American troops to Iraq in 2014 after the rise of the Islamic State extremist group.

THE FACTS: Corporate profits are high, but they’re not at record levels.