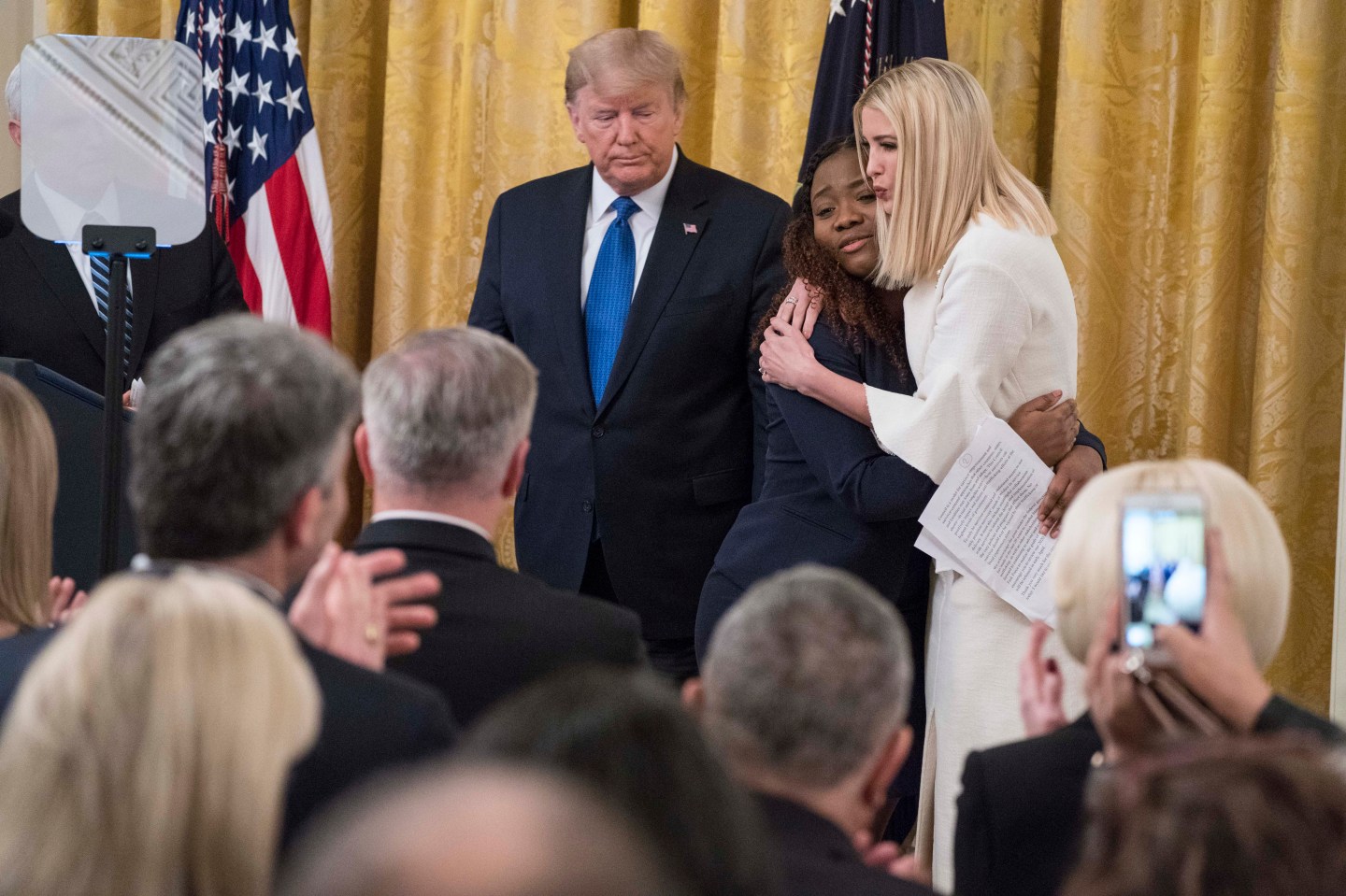 Ivanka Trump hugs Bella Hounakey, a survivor of human trafficking, alongside President Donald Trump during the "White House Summit on Human Trafficking: The 20th Anniversary of the Trafficking Victims Protection Act of 2000" event in the East Room of the White House on January 31, 2020 in Washington, DC. Trump plans on adding a new position at the White House to focus on the issue of human trafficking and online child exploitation.
Sarah Silbiger—Getty Images

Surrounded by survivors, administration officials and members of Congress, Trump signed an executive order creating the position at the conclusion of a White House summit on human trafficking.

He declared his administration “100 percent committed to eradicating human trafficking from the earth,” and called the practice a form of “modern-day slavery.”

A candidate has yet to be identified for the new post, which would be an addition to the Domestic Policy Council, and would be filled with someone detailed to the White House from another government agency, officials said.

Trump has sought to elevate human trafficking since taking office by speaking publicly about the issue and inviting reporters into his White House meetings with victims and anti-trafficking advocates.

On Friday, the president told his audience about the multiple pieces of legislation he signed into law and a task force he created to address the issue.

Trump and other speakers praised Ivanka Trump, the president’s daughter and senior adviser, for her work on the issue. She stood on stage alongside her father, who expressed gratitude for her “unwavering efforts.”

“She has taken this under her wing,” the president said.

The State Department will also be tasked with creating a website to serve as a clearinghouse for resources and information on government-wide efforts to combat human trafficking.

Some groups criticized the summit, while others said they were boycotting.

Eric Schwartz, president of Refugees International, said in a statement that the administration has pursued policies that endanger trafficking victims by chipping away at their legal protections. Schwartz cited an increase in the denial rate for special visas that allow trafficking victims to legalize their status, access services and seek punishment for their abusers.